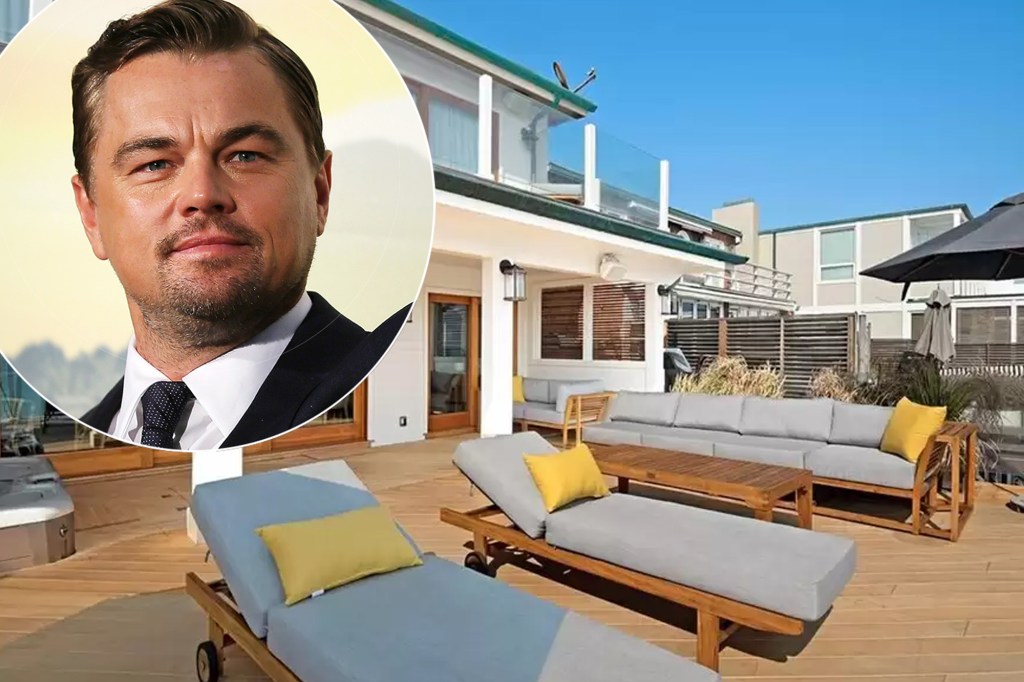 The 46-year-old “Titanic” star listed his longtime Carbon Beach house for $10 million Tuesday after securing a bigger, more expensive Malibu spread in July, according to reports.

He also upgraded one of his parents to a $7.1 million Los Feliz abode and listed his father’s $5.75 million LA house for sale this summer.

He can afford it, apparently. DiCaprio recently earned millions for his performance in Netflix’s “Don’t Look Up” alongside Jennifer Lawrence, Ariana Grande, Chris Evans and Timothée Chalamet, The Post reported.

As for his new a $13.75 million Malibu pad, it was built in 2005 with four bedrooms and five bathrooms — a step up compared to his old 1950-built house’s three bedrooms and two bathrooms, according to the Los Angeles assessor’s portal.

And while amenities in the new house aren’t named, they’re sure to exceed those of the old house, which had a large deck, a new upper deck, a private spa and stairs to the sand, according to Realtor.com.

The “Once Upon a Time… in Hollywood” star is a longtime Malibu fan and was most recently spotted in Malibu with his 24-year-old girlfriend Camila Morrone and 36-year-old pal Emile Hirsch in March, Page Six reported.

The actor with an iconic parted hairstyle is slated to appear in “Killers of the Flower Moon,” filmed in Oklahoma, later this year.

He also owns a $23 million undeveloped lot in Malibu, three California homes, several New York condos and a private island near Belize, according to reports.

Fire-damaged Tennessee mansion rapidly finds a new owner
George Soros’s ex-wife relists NYC apartment for $27.5M
Biden administration rolls out a blueprint for a ‘renters bill of rights’ – Here’s what it includes
92% of millennial homebuyers say inflation has impacted their purchase plans, but most are plowing ahead anyway, study shows
Rent prices have dropped the most in these 5 U.S. metros. Why it’s cheaper to rent than buy in many markets