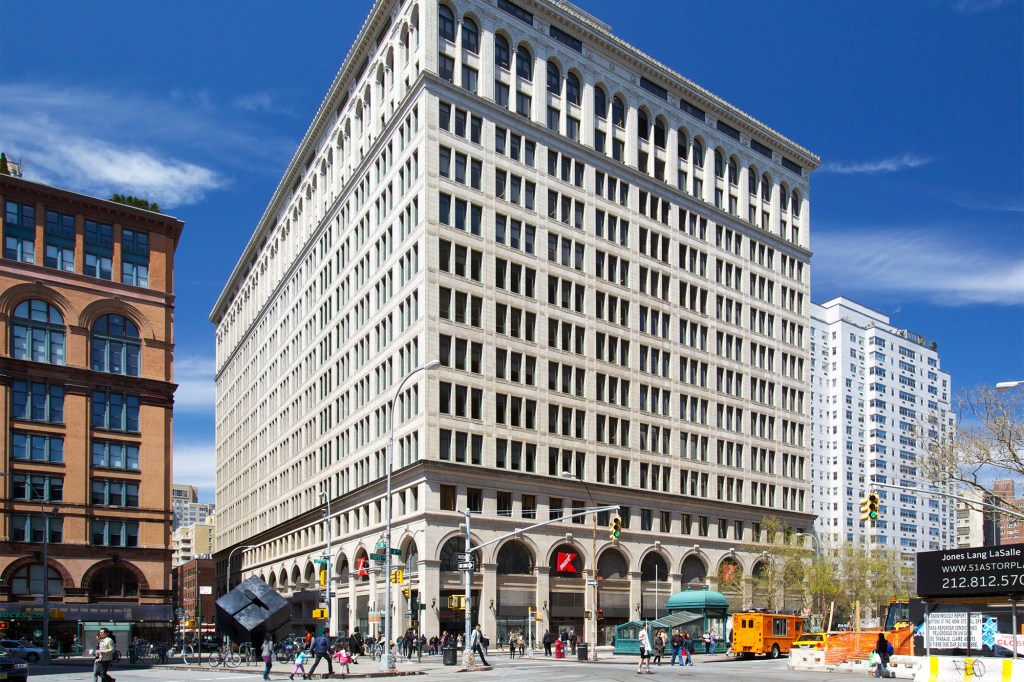 When huge stores such as Barneys and Century 21 stand vacant, and “for lease” signs outnumber occupied storefronts on many Manhattan blocks, any sign of a retail uptick is welcome.

It isn’t to be mistaken for a boom, but the third quarter saw a desperately needed lift in the market.

CBRE reports that Manhattan leasing activity rose for the first time since late 2019. There were slightly fewer ground-floor availabilities in 16 prime corridors tracked by the brokerage. Average asking rents dropped by 1.6 percent quarter-over-quarter, the smallest decline since last year.

Quarterly retail sales improved across the borough, rising 3.8 percent, to $38.3 billion, in the third quarter, according to CBRE.

The Upper East Side saw 12 new leases, the largest number of any major neighborhood. Among them: a 12,000-square-foot deal for members-only health clinic Sollis Health at 575 Park Ave. Often slow-moving Third Avenue north of Bloomingdale’s racked up a 3,800-square-foot location for grocery delivery service Fridge No More’s first physical store at 1138 Third.

Food and beverage was the busiest category, including Pink Taco’s 10,500 square feet in a former TGI Friday space at 7 Times Square.

That trend might extend into the fourth quarter. In a deal signed late last week that was brokered by CBRE, Scen Rising, by celebrity chef Matthew Kenney and entrepreneur Maximilian Koenig, inked for 930 square feet at 1165 Broadway. The asking rent was $325 per square foot.

There are “boutique” buildings, and there are mini-boutiques. A case in point: 76 Eighth Ave., a new, 10-story office property with just 35,072 square feet of first-class space.

The recently completed project developed by Noviprop, which has owned the site for 30 years, and international firm Plus Development has had no trouble drawing tenants.

Market sources said that just over 10,000 square feet have already been claimed by Bluewater Property Group, Amanda Music and an unidentified real estate investment firm. Each office floor has floor-to-ceiling windows. Office rents range from $115 to $130 per square foot.

A source said that several more leases are in the works for full floors. The building also has 2,578 square feet of ground-floor retail space.

JLL’s Clark Finney and Andrew Coe, who couldn’t be reached for comment, represented the ownership.

The Shelter Island summer scene will have new blood next year. Cape Resorts, which owns Sag Harbor’s insanely popular Baron’s Cove resort and hotels in Cape May, NJ, will reopen in June the historic waterfront Pridwin, which was closed since November 2019.

Cape Resorts managing partner Curtis Bashaw had hoped to begin restoring and upgrading the property two years ago but the pandemic got in the way. Now, his company has started work on reviving the Crescent Beach property in a partnership with the Petry family, which operated the Pridwin since 1961.

Its peaceful, leafy grounds are a far cry from the boisterous scene at Sunset Beach nearby. The reconfiguration will reduce the number of guest rooms in the 1927-vintage main building from 39 to 33, allowing for larger bathrooms and installation of a guests’ elevator for the first time.

Meanwhile, there will be 16 guest cottages on the seven-acre grounds, up from nine. There will be a new, 100-seat restaurant with outdoor space and a spa “to bring a wellness component to the property,” Bashaw said.

The Pridwin season, which previously ran from mid-May to Mid-October, will be expanded from Easter through New Year’s, Bashaw said.

“We believe the Pridwin market is not just a Hamptons crowd, ” Bashaw said, “but a place people might choose as they would in the Hudson Valley or Cape May.”

He added that although the Pridwin is not legally a landmark, it should feel like one.

“We’re proud of our restorative efforts and of the economic impact created by hotels we’ve restored. Pridwin will mean a lot of job creation on Shelter Island for people who were always caught in a very seasonal economy.”

It’s the first Manhattan location for Alamo, which has outposts in Brooklyn and Yonkers. Progress was slow due to an epic succession of problems, including construction issues related to the tower’s landmark status, the pandemic lockdown, and a bankruptcy sale of the company to Altamont Capital Partners earlier this year.

Alamo is known for its reservations-only and no-talking policies and for the most ambitious food program of any movie chain.