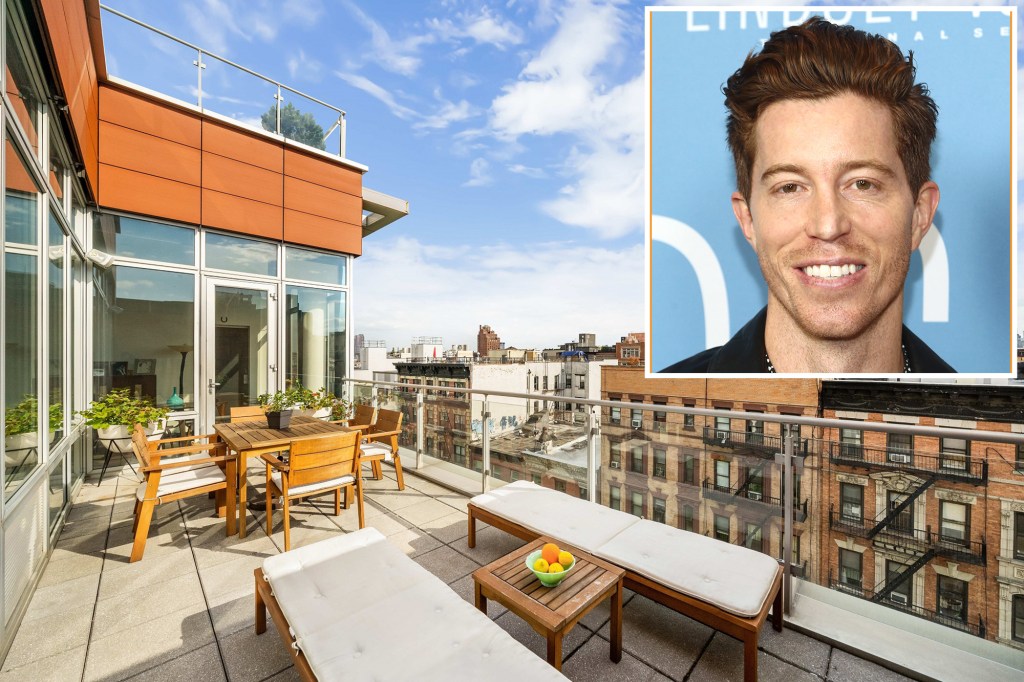 This East Village apartment is filled with Olympian vibes — and it’s in contract after being back on the market for less than a month.

Shaun White, who won three Olympic gold medals for the snowboarding halfpipe — and who will be trying for his fourth gold medal at the 2022 Winter Olympics in Beijing, at age 35 — first put this two-bedroom, two-bathroom home at 425 E. 13th St. on the market for $2.79 million in 2017.

The chic, 1,174-square-foot home features 12-foot-high ceilings, floor-to-ceiling windows and a terrace that wraps from the living room to the main bedroom.

Building amenities include a gym, courtyard garden and a rooftop with a pool, cabanas and a BBQ.  If you love the building, don’t fret.

The listing broker for White’s penthouse pad is Andrew Azoulay of Douglas Elliman.

Mansion where ‘My Fair Lady’ was written hosts estate sale
Beyoncé, a $100k-a-night suite and a red carpet of influencers: Dubai basks in its booming economy
How Kyle Richards’ husband Mauricio Umansky built a $57B real-estate empire
92% of millennial homebuyers say inflation has impacted their purchase plans, but most are plowing ahead anyway, study shows
Rent prices have dropped the most in these 5 U.S. metros. Why it’s cheaper to rent than buy in many markets