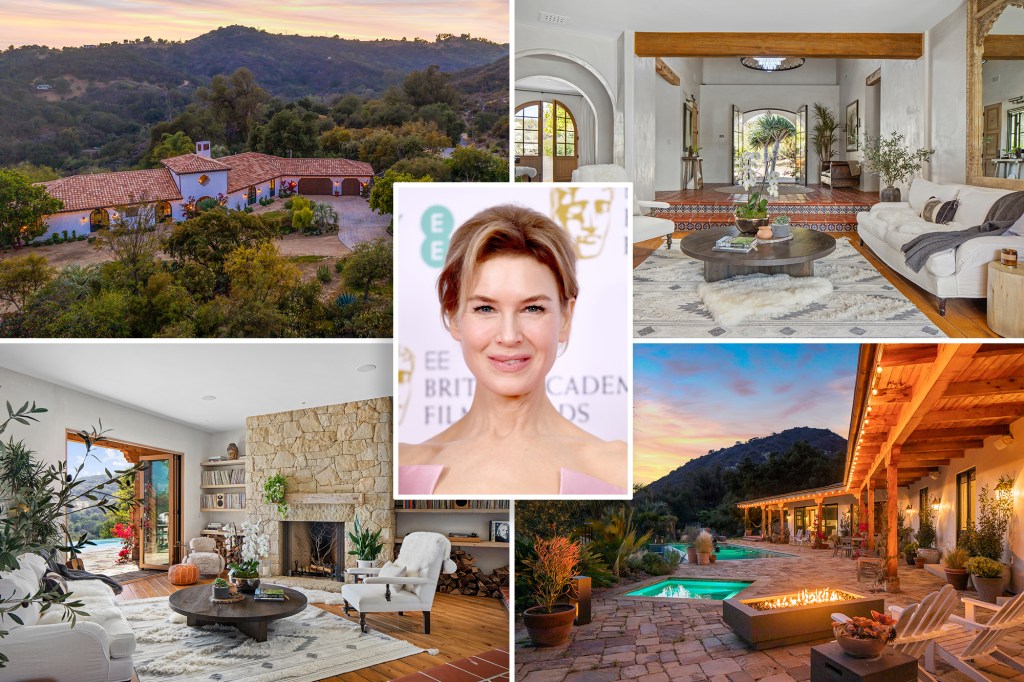 Two-time Oscar winner Renée Zellweger, 52, is on a roll.

She has sold her California home in Topanga Canyon less than two weeks after she listed it for $5.99 million. It sold for $6.4 million — half a million over its asking price.

Zellweger, beloved for her film roles as Bridget Jones and as Judy Garland, bought the home for $3.4 million in 2015, according to property records.

Her decision to sell the Spanish-style ranch house on Hillside Drive comes as her relationship with Ant Anstead, the recently divorced 42-year-old star of “Wheeler Dealers,” heats up.

The couple have been dating since June.

She’s also been in the news recently for a controversial fat suit she was spotted wearing while on the set of the new NBC crime series, “The Thing About Pam,” where she stars as real-life convicted killer Pam Hupp, Page Six recently reported.

The Spanish hacienda in the Santa Monica Mountains was built in 2002 and recently gut-renovated. It sits on 9-plus acres with views of the canyons, mountains, meadows, and hiking trails.

Private gates open to a long driveway lined with oak trees. At 4,414 square feet, the four-bedroom home comes with a great room that leads to a pool patio. Inside, the décor — which features lots of white, cream, and colorful Spanish tiles — creates a modern, yet warm, atmosphere.

Details include beamed ceilings in the kitchen, Venetian plastered arches and multiple fireplaces.

The listing broker was Carl Cambino of Compass.