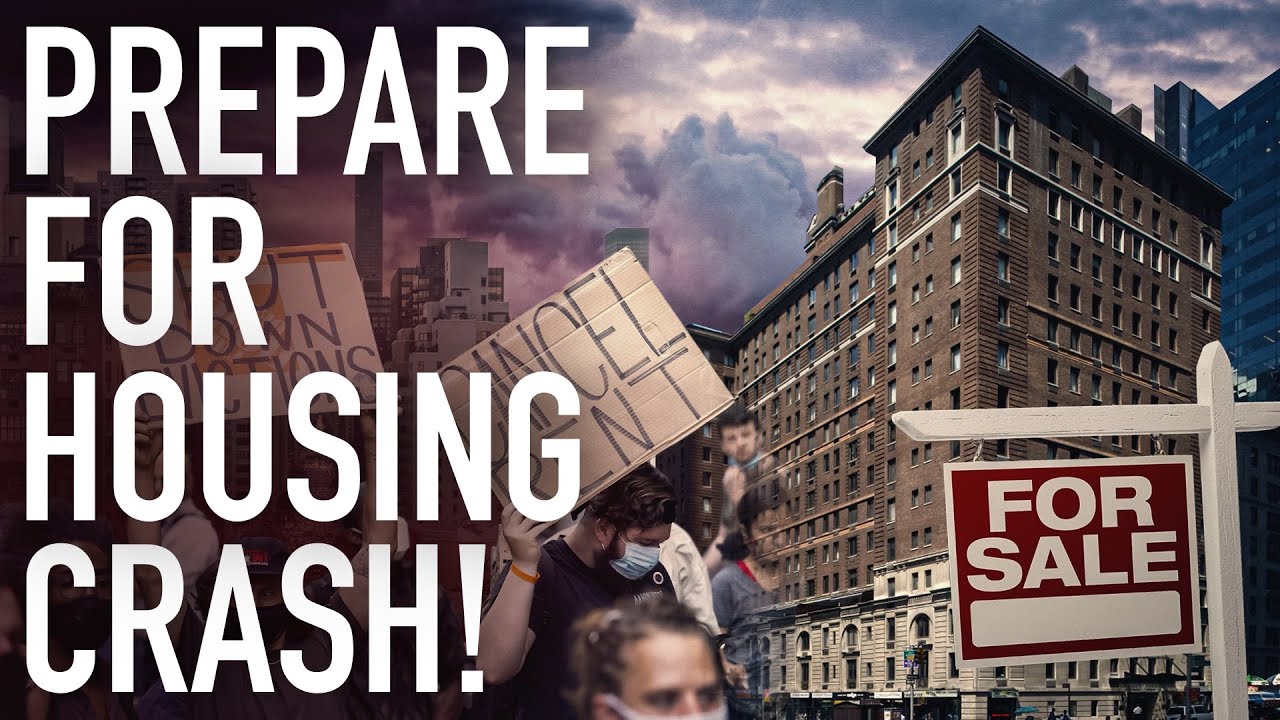 Selling Real Estate
Share on Facebook
Share on Twitter
Share on Pinterest
Share on LinkedIn
The US housing market has been silently watching the uncontrolled growth of a nationwide home price bubble over the past few months. However, third-quarter numbers suggest that the market may have been stretched to the limit as home sales significantly collapsed for the first time in almost 18 months due to sky-high prices and the prospects of higher interest rates. Worsening affordability means that fewer Americans can actually make the dream of owning a home come true, and as a result, the market slows down and prices start to come down to Earth again. The latest reports indicate that we’re at the end of a euphoric market, and a downward trend is right around the corner.
Skyrocketing home prices will have to readjust and meet our economic reality. In other words, even though people are too conservative to bluntly say it these days, the US housing market is set for a crash. That’s what Ivy Zelman, a housing analyst who became famous on Wall Street for calling the top of the 2008 bubble, has warned in a recent interview. Zelman revealed that she’s seeing several red flags once again. In less than two years, the U.S. housing market has seen a historic run-up in property values like anything we’ve ever seen before. But we’re now at the peak of the bubble.
She’s alerting her clients that overheated areas with heavy concentrations of investors are likely to face “corrections” — the industry’s term of choice not to spark panic on the public. But, in essence, we all know that “corrections” stand for “sharp crashes in overinflated property values”. Zelman says that even a small rise of 1%, setting rates at 4%, would bring demand to a halt. In a recent interview with Bloomberg, she said that cracks are already appearing everywhere.
The analyst says that today’s fundamentals are different from the last bubble, which was supported by risky subprime mortgage lending. “But the signs of trouble look familiar,” she says. “Investors are distorting the market by driving up prices beyond the reach of primary buyers, and builders with growing construction pipelines are bidding up land values”. Given that the Federal Reserve has signaled that it will start to roll back its bond purchasing program and raise rates in the coming weeks, Zilman says that some of her predictions may not “come to fruition this year,” but probably early on 2022. “But we definitely see a storm brewing,” she continues.
The analyst argues that excess liquidity in the markets led investors to fuel a speculative bubble in the housing sector, with iBuyers, private equity firms, and sovereign wealth funds propping up property values in an attempt to collect higher returns. When asked if she sees a housing market crash coming, the analyst warned that property values have to go down. “There are going to be corrections. And I think there are going to be corrections that are even more pronounced if rates go higher than 1%,” she cautioned.
Just like Zilman, many others in the market are also suggesting that the third quarter of 2021 likely marked the peak for the housing market’s price bubble, and from now on, real estate prices are bound to collapse. In many cases, the drop will likely be a painful one. According to economists at Fannie Mae, housing inflation is expected to drop by at least 2 percent this quarter, as the bubble loses some steam. The industry consensus right now is that there’s no way to support the continuing rise in home prices.
Already, due to increasing affordability challenges and the estimates of higher mortgage rates, home sales fell 5.8% from a year ago. Fresh data from the National Association of Realtors point that actual sales of all types of existing homes fell 8.2% year-over-year to 526,000 homes, and sales of condos and co-ops dropped by 8.1% year-over-year to 57,000 units. Considering today’s sky-high prices, the housing market is much more susceptible to higher mortgage rates than in prior years, which means that property prices will have to sharply readjust to reduce the affordability gap.
Some industry cheerleaders can say that today’s overinflated prices are a matter of “simple supply and demand”. But the truth is that demand means having buyers who can actually afford to buy. Unfortunately, those who entered the bubble thinking they would have massive returns are set to disappointment. Millions of Americans are about to see the value of their homes dramatically crashing. Just as every bubble artificially inflated by the Federal Reserve over the past year, the housing bubble is headed to burst. And that meltdown will begin as soon as interest rates start going up.

Merger whispers between Cushman and Newmark reignite at REBNY Gala
4 Smarter Ways to Invest in Real Estate as Interest Rates Rise
Where And How To Invest In Real Estate Business Pakistan? How Does Its Profitable?
How To Save Money Before Investing In Real Estate? How IS IT Possible To Save Money For Real Estate?
Home price increases slowed in April for the first time in months, S&P Case-Shiller says