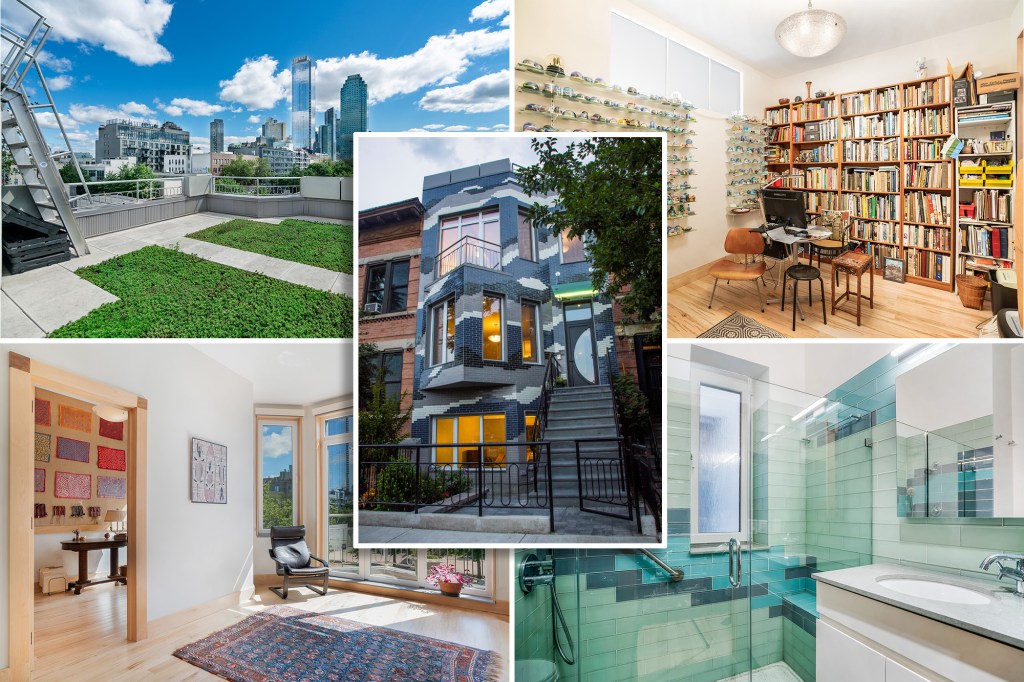 It’s been called “The ugliest building in Queens,” and once won a “Frank Lloyd Crap” award.

The 3-year renovation elevated the home’s basement out of the floodplain and made it more environmentally friendly.

But it was a new multicolor tile façade that got real estate watchers talking.

The home also includes a rooftop solarium, triple-pane windows for temperature and sound insulation and a hospital-grade air filtration system — a nice selling point during a pandemic.

There’s also a solar-heated water system that cuts down on bills and a green roof with 13 planters for gardening. (Around 60 species of birds have already been spotted in the garden.)

The 19½-foot-wide home fits up to six bedrooms and five bathrooms over three floors.

It’s divided into two separate residences: a three-bedroom owners’ triplex over a garden-level, two-bedroom apartment. A second floor boasts a bedroom converted to library/office use with reclaimed original joists of longleaf pine shelves, from trees that were planted around 1780, according to the listing from Corcoran’s Cary Tamura and Kim Rodriguez.

Construction halts at Times Square Theater as building remains tenant-less
Mansion where ‘My Fair Lady’ was written hosts estate sale
How Kyle Richards’ husband Mauricio Umansky built a $57B real-estate empire
What is a ‘rolling recession’ and how does it affect consumers? Economic experts explain
Beyoncé, a $100k-a-night suite and a red carpet of influencers: Dubai basks in its booming economy