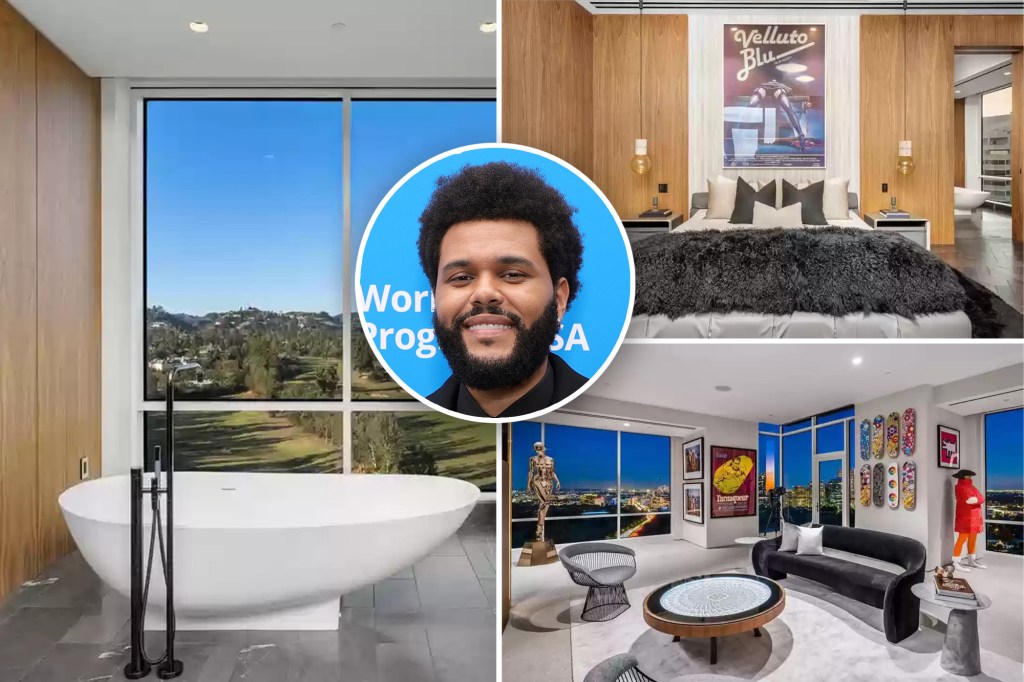 The Weeknd, born Abel Tesfaye, is selling his Los Angeles penthouse for $22.5 million after shelling out a whopping $70 million on a Bel-Air mega-mansion.

It has only been two years since the special effects-loving singer-songwriter purchased the abode in 2019 for $21 million, records show, so he won’t see much of a payday if he can find a buyer.

Made up of four bedrooms and eight bathrooms, the Weeknd’s home, taking up the entire floor of the building, spans 8,000 square feet.

Features include a 360-degree view punctuated by the Hollywood Hills, Bel-Air and the Los Angeles Country Club — revealing an overall expanse stretching from Downtown Los Angeles to the Pacific Ocean, according to the listing.

There is a private state-of-the-art chef’s kitchen and an entertainment bar with a TV wall. The primary suite features a private gym and a lavish bathroom with a jewel-box steam shower.

Angel Salvador with the Beverly Hills Estates holds the listing.

Biden administration rolls out a blueprint for a ‘renters bill of rights’ – Here’s what it includes
Weekly mortgage demand jumps 7% as interest rates drop to lowest level since September
Rent prices have dropped the most in these 5 U.S. metros. Why it’s cheaper to rent than buy in many markets
‘Full House’ creator’s Manson murder mansion gets $25M price cut
‘Succession’ star buys $1.83M Brooklyn home