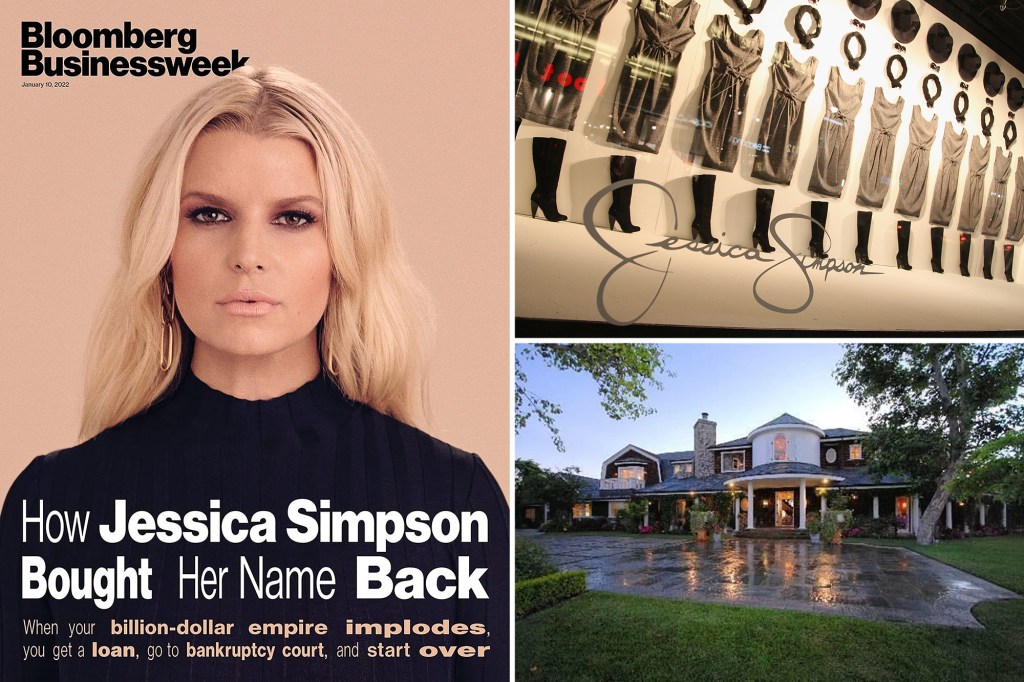 Jessica Simpson wanted her billion-dollar fashion brand back, and she once considered “borrowing against her homes,” to do it.

In a lengthy interview with Bloomberg Businessweek, the business mogul revealed the desperate measures she took to salvage her fashion empire.

“Even if I have to go live in a little, tiny place in Ireland, I will,” Simpson, 41, explained.

The decision to take back her company came about during an already dramatic period in her life.

In 2019, while 34 weeks pregnant with her third child, Simpson was hospitalized with severe bronchitis as her daughter’s status began to deteriorate.

“Her oxygen levels were dropping. I couldn’t breathe,” said Simpson, who was hooked up an oxygen machine. Though her and her daughter’s health stabilized, it was time to turn her attention to the health of her empire.

The company she started in 2005, the Jessica Simpson Collection, had shot to $1 billion in sales in 2014, but in the years since, was slipping into financial ruin.

Her hospital-bed decision to take back control of the company would be the start of a two-year battle with Sequential Brands Group Inc., which had purchased a majority of the company in 2015, leaving Simpson and her mom, Tina, with a minority stake of 37.5%.

But after a few years it was clear that her affordable lifestyle brand, which produces shoes, clothing, fragrances and other items for women, would not expand under Sequential as they had promised the young star.

The company was in financial trouble and Simpson knew the business she had created from the ground up was in jeopardy.

One of the homes she was willing to give up to save her legacy? A six-bedroom, 10-bathroom Hidden Hills abode that spans 11,000 square feet and is situated on over 2 acres of land. Simpson had purchased the home back in 2013 for $11.5 million from Ozzy and Sharon Osbourne.

“We’re ready to go into the trenches,” Simpson continued. “Pay it all back and earn it ourselves.”

Sequential purchased the Jessica Simpson Collection for $353 million at the time — their largest acquisition by far. But those who had a stake on the brand quickly realized they had gotten ahead of themselves.

“How in God’s name are they going to make enough money through licensing to cover the costs?” Michael Stone, chairman and co-founder of brand licensing agency Beanstalk Group LLC, told Bloomberg. “I couldn’t do the math.”

And a month later, Simpson reportedly offered to buy the brand out of bankruptcy for $65 million.

In October, before she knew it, Simpson was CEO of the Jessica Simpson Collection after her determination to reclaim the brand.

“It means the absolute world to me to be able to take over complete ownership of my brand,” Simpson told Footwear News in a separate interview.

“After 16 years in business, I feel ready to meet this next exciting phase with open arms. I know the sky’s the limit when my mom, our incredible team and I lock into our customers completely.”

More Investors Are Buying Mobile Home Parks, Leaving Residents Behind (In The Loop)
Quick Flip for Modest Profit! | Flip or Flop | HGTV
Germany’s housing market is ripe for a serious price correction, economists warn
Do Not Buy A House Or Property Until You Look At The Data Nick Gerli Housing Market
Blackstone chief defends real estate fund amid rush for withdrawals