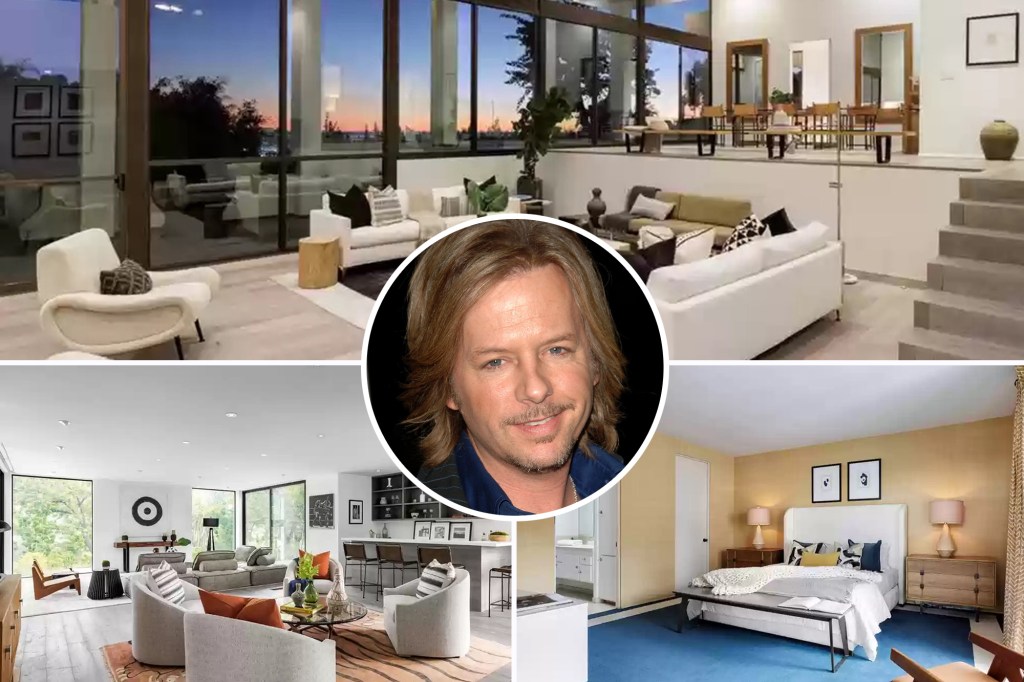 David Spade is saying goodbye to his longtime Beverly Hills home, which he has lived in for two decades.

The actor and comedian listed the sprawling four-bedroom, six-full-bathroom home on Thursday for $20 million.

Located in the upscale Trousdale Estates, features of the home include floor-to-ceiling windows, views of the city and the Pacific Ocean.

The home consists of a formal living room, an indoor living tree, a dine-in gourmet kitchen, which was recently renovated, and an elevated dining room, according to the listing. The upstairs primary suite comes with a loft, dual bathrooms, walk-in closets and a terrace.

A sitting room features a wet bar with seating for six, a double-sided fireplace and quick access to the expansive backyard, which includes a pool, patio, fire pit and full-sized tennis court.

The move comes after Spade shelled out $14 million for a newly built 11,300-square-foot, six-bedroom, 11-bathroom mansion on the Sunset Strip back in October.

Stuart Vetterick of Hilton and Hyland holds the listing.

“David really loves this house. From the moment he saw an aerial shot of the house more than 20 years ago, he knew he wanted to buy it,” Vetterick told Forbes. “He’s only leaving now because he’s ready for a change.”

“There’s so much to love about this house,” Vetterick added. “But what really makes it exceptional is that unbelievable view. It’s one of the main reasons David fell in love with this place.”

Spade recently had a stint guest hosting the latest “Bachelor in Paradise” season. Other roles include an appearance on NBC’s “Mr. Mayor.” He is set to star in upcoming film “Hotel Transylvania: Transformania.”