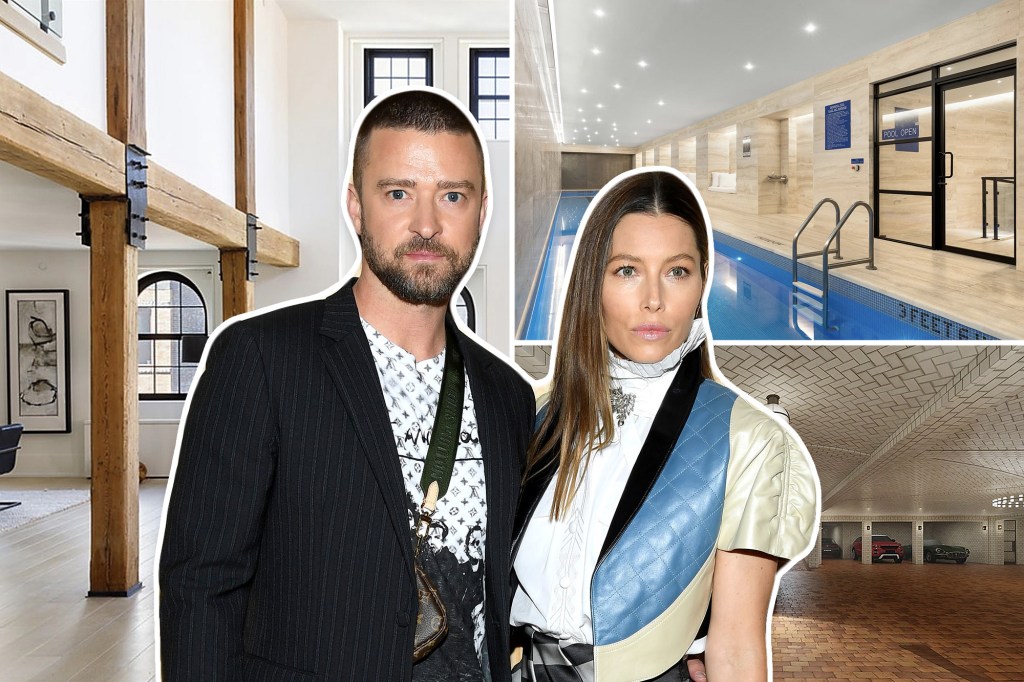 Justin Timberlake and Jessica Biel have quietly sold their sprawling Manhattan penthouse for a whopping $29 million, The Post can confirm.

The sale closed on Dec. 22, according to property records obtained by The Post. But the residence never hit the market. Instead, the transaction was done behind closed doors in an off-market deal.

Timberlake, 40, and Biel, 39, purchased the four-bedroom, four-and-a-half-bathroom Tribeca penthouse in 2017 for $20.2 million. Now, the power couple is walking away with a hefty profit from the sale, which was first reported by the Wall Street Journal.

The building, 443 Greenwich St., is a celebrity magnet. Harry Styles, Rebel Wilson and Jake Gyllenhaal currently live there, perhaps due to its key amenity: privacy.

The building is hailed for being “paparazzi-proof,” with features including door-to-door cover via its drive-in, drive-out underground parking garage and valet, and a second lobby for residents wishing to take private elevators.

The building also offers a combination of historic architectural elements enhanced with the latest in luxury amenities, according to the listing. The private-entry foyer features custom metal wall panels and 8-inch wide-board white oak floors that extend throughout the space.

Amenities of the luxury building include a 71-foot indoor swimming pool, children’s playroom, 5,000 square feet of landscaped roof terrace, a fitness center, private fitness studios and both men’s and women’s locker rooms with an adjacent hammam, or Turkish bath.

The mystery buyer is listed as Menemshovitz NY Realty Inc., which is the same company behind the record-smashing sale of Soho’s 419-421 Broome St. — the 19th-century cast-iron building where the actor Heath Ledger died in his rented loft in 2008. The home sold for $49 million in November 2021.

The singer and the actress also have properties in Los Angeles, Montana and Tennessee. In October, they put their expansive Los Angeles compound, situated on 10 acres, on the market for $35 million.

In 2018, they took a loss selling another NYC penthouse in Soho.