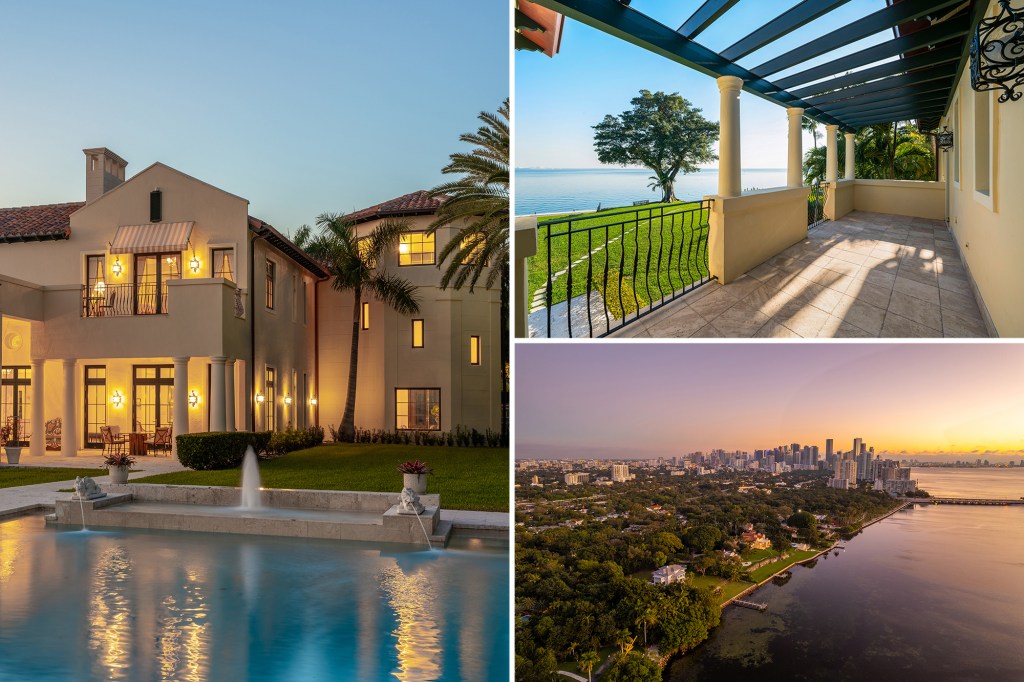 In order to say bye-bye to her Florida compound, Adrienne Arsht is banking on someone committing to a very notable buy.

A grand Florida estate owned by the 79-year-old businesswoman and philanthropist has just listed for a sky-high $150 million, its listing brokerage told The Post — making the Coconut Grove spread the most expensive single-family property to ever hit the Miami-Dade County market.

The listing, first reported by the Wall Street Journal, is poised to set a Miami-area sales record, even if the estate trades hands for close to that mighty sum.

News of Arsht’s listing broke slightly more than a month after Miami saw its most recent record-breaking deal: the $75 million sale of a waterfront mansion on Star Island. Listed for $80 million in August 2021, the property won the title of priciest listing in the county, at the time.

Senior Vice President Ashley Cusack with Berkshire Hathaway HomeServices EWM Realty holds the listing. “This is a compound that invites prominence – one that is not only connected to Miami’s earliest roots, but now to the world’s future of finance, technology, and global conglomerates, all operating and conducting their business just minutes away from this exceptional time-honored property,” said Cusack in an official press statement.  “Thanks to its refinement and world-class amenities, the Arsht Estate is a residence with absolute global appeal.  Its setting and size will be a draw for the most sophisticated of buyers.”

In Coconut Grove, Arsht’s property overlooks Biscayne Bay. The grounds hold two homes. One of them, Villa Serena, is a Mediterranean-style home constructed for former presidential candidate and Secretary of State William Jennings Bryan in 1913. Indian Spring is the name of the other, which Arsht built about 20 years ago on land formerly owned by the Ziegfeld Follies star Peggy Hopkins Joyce and her millionaire husband James Stanley Joyce.

Arsht, 79, hails from Delaware and previously worked as a lawyer. She moved south to Miami from Washington, D.C., in the mid-1990s to run her family’s TotalBank, which sold to Banco Popular Español in 2007 for $300 million.

The two structures combined encompass some 25,000 square feet of living space, more than 4 acres of land and 400 feet of frontage along Biscayne Bay.

Arsht snagged her first parcel, the one where she eventually built Indian Spring, for $4 million in the late 1990s. She enlisted the help of Jose Gelabert-Navia, a former dean of the University of Miami School of Architecture, to design a five-bedroom home, which he finished in 1999. Its features include 20-foot ceilings and a formal dining room that seats 20 people.

“The sheer splendor of the Arsht Estate cannot be overstated,” added Ron Shuffield, CEO of Berkshire Hathaway HomeServices EWM Realty.  “This is an extraordinary offering – a ‘unicorn’ for the market…one that simply cannot be duplicated.”

Villa Serena, meanwhile, had been on the market in 2007 — and a developer was planning to buy it, raze it and build several homes in its place. Arsht reportedly worked with local historians to give it a historical designation, then bought it for $12 million. Villa Serena took upwards of four years and several million dollars to restore. After work on it was completed in 2011, Arsht tapped the interior designer Tom Bendt to source period-appropriate decor, which included wicker rocking chairs.

Inside, Villa Serena has two staircases that lead to private sleeping quarters. There’s also a detached guest house above a three-car garage. (Indian Spring has a six-car garage below a two-bedroom, two-bathroom apartment.)

Elsewhere, the property has a lighted outdoor tennis court and a pool.

Arsht plans on donating the proceeds of this property’s sale to charity, though she isn’t clear which one(s) she’ll ultimately choose. She also plans on maintaining residence in Miami after the deal is done, though she splits her time between New York and Washington as well.

What is a ‘rolling recession’ and how does it affect consumers? Economic experts explain
92% of millennial homebuyers say inflation has impacted their purchase plans, but most are plowing ahead anyway, study shows
Beyoncé, a $100k-a-night suite and a red carpet of influencers: Dubai basks in its booming economy
Construction halts at Times Square Theater as building remains tenant-less
Mansion where ‘My Fair Lady’ was written hosts estate sale