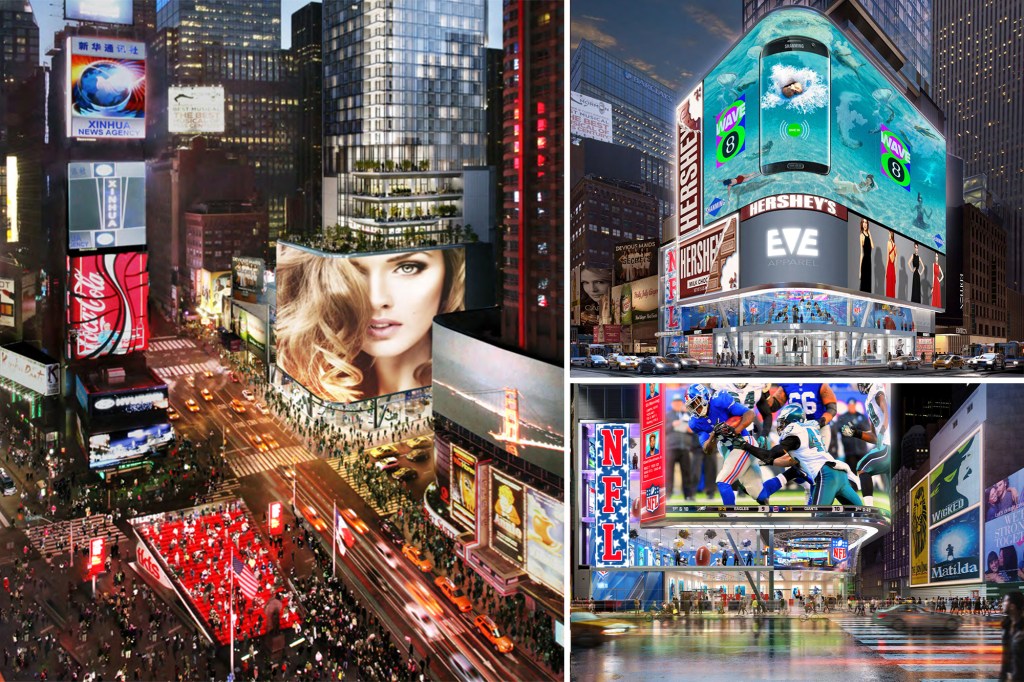 A Natixis-led lenders group won control of 20 Times Square in a Jan. 26 public foreclosure auction when outside bidders failed to top their offer, Realty Check has learned. The brightly lit, 42-story tower at Seventh Avenue and West 47th Street is home to the marquee-name Times Square Edition Hotel.

“This outcome is not surprising,” a source familiar with the situation said. Title to the skyscraper is expected to transfer within a few weeks.

Mark Siffrin’s Maefield Development defaulted on the $800 million leasehold debt in late 2019. The property has been tangled in litigation ever since over that obligation and other loans and liens associated with the building.

What the Natixis group will do next is unclear. As we first reported on Jan. 19, the lenders tapped SL Green Services to service the loan and consult on the situation.

The step theoretically opened the door to SL Green becoming the property’s asset manager. That has not yet happened, but it would fit with SL Green CEO Marc Holliday’s statement in the company’s annual report that it would pursue more such arrangements. The publicly traded developer-landlord is not believed to be interested in buying 20 Times Square for its own portfolio.

The hotel is the New York flagship of the trendy, Marriott-owned Edition brand under the creative direction of Ian Schrager. It occupies about 90 percent of the tower. It boomed until the pandemic lockdowns, and then reopened in June 2021. The rest of the building is mostly empty retail space – which was the main cause of Maefield’s loan failure.

The Edition hotel is likely to remain as Marriott has an ironclad management contract that can’t be abrogated by a change in ownership.

The mystery is solved over what’s coming to the formerly notorious southwest corner of First Avenue and East 78th Street. Carmel Partners filed plans with the Department of Buildings for a 24-story apartment tower at the long-empty lot, Upper East Side Patch reports.

The project will also encompass adjacent 1487 First Ave. and 356 E. 78th St., low-rise buildings that will be demolished.

The new building will have 94 apartments and ground-floor retail space.

Carmel’s plans appear to bring an end to a long-running saga involving the site, which previous owners had left vacant for more than a decade. The contaminated conditions including rat infestation drew the attention of Council Member Julie Menin and other local elected officials, as The Post first reported.

The new deals were 8,600 square feet plus an outdoor terrace for Teza Technologies on the 22nd floor and 6,700 square feet for Arevon Energy on the 34th floor. Meanwhile, commercial real estate firm Berkadia moved into a larger space on the 16th floor, combining a new lease and extension of 15,000 square feet.

While you’re all distracted by Zelensky and Ukraine | Redacted with Clayton Morris
Shaq downsizes to Texas suburbs after selling Florida mega-mansion
2022 Bigger Better More. A Bigger way of Flipping Property in South Africa.
Mid-Century Home With The MOST UNIQUE Fire Pit | Flip or Flop | HGTV
What is Due Diligence? (free download)