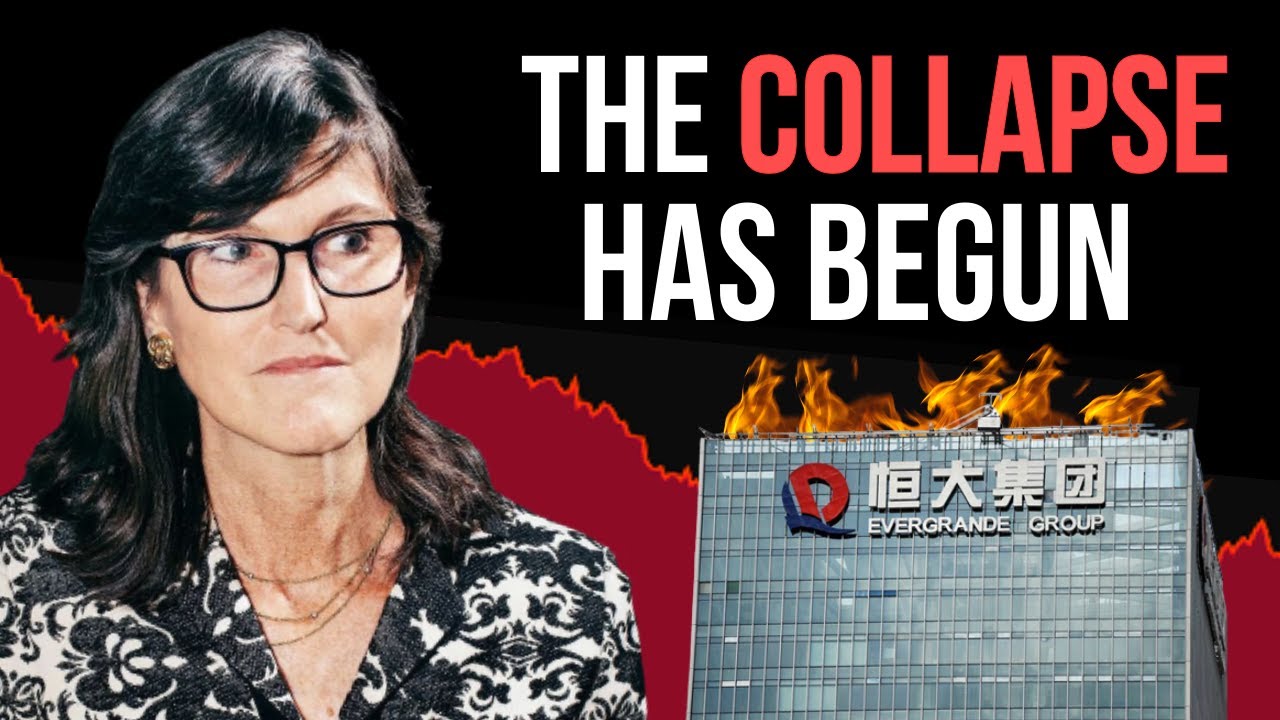 China has grown to become an economic powerhouse over the past two decades. Not a single country in the world has experienced the same level of growth as China. Economists worldwide see China surpassing the US as the world’s most dominant superpower, but what if I told you that the entire growth of China was all a bubble? That’s what the CEO of Ark Invest, Cathie Wood, thinks, as she likens the growth of China to Japan’s 30 year economic disaster in the early 1990s. Just like Japan’s GDP that was spearheaded by a real estate bubble, China is currently experiencing the largest housing bubble in history. In this video, I’ll cover from top to bottom how the world is about to wake up to China’s destined collapse.
Over the past 20 years, China’s economy has grown substantially but a considerable portion of that has come from real estate. Property developers have borrowed money to expand their real estate portfolio to hundreds of cities. We’re talking about modern glass and steel apartments, office buildings, and houses all across cities in China. Speculators began purchasing houses with the sole purpose of price appreciation. After all, from the perspective of Chinese citizens, housing prices have been increasing year after year for decades. This was in part from the rapid population growth that China experienced, but the speculation grew even further than that. Because housing prices just kept increasing year after year, the majority of Chinese citizens could no longer afford a standard house or apartment in cities like Beijing and Shanghai. The logical move would be to purchase a property within the vicinity of the cities but far enough so that prices would be cheap. And that’s exactly what many citizens did. People began flocking toward houses and apartments not in Chinese cities, but rather 10 or 15 miles away. Because of the increasing demand for houses near cities, prices began to increase, leading citizens to expand even further away from the cities. Property developers believed that this expansion would continue, so they preemptively built houses further and further out. Nowadays, if you drive an hour or two outside of Beijing or Shanghai, you’ll notice something very strange. There are plenty of modern buildings in great condition, but there’s one issue: there’s nobody there. Those cities are named the ghost cities, because the only reason why they exist is because speculators think prices will increase. This is a testament to China’s growing real estate bubble, a significant driver of the country’s economy. For instance, take a look at China’s most renowned ghost town, Ordos New Town. The city was expected to house one million people, but that number went down to 300,000 and finally to 100,000 in 2016. Only after moving top schools into the city, was Ordos New Town able to fill its empty houses. These types of empty units are so widespread that the aggregate amount of space can literally house the entire country of Italy. After 20 years of appreciation, the Chinese real estate sector is now worth over $50 trillion, two times more than the US and almost four times more than China’s entire GDP. Loomis Sayles, an investment management firm, estimated that 70% of China’s entire wealth is in real estate. In China, it’s not atypical to see citizens put aside money for decades just to purchase one property. Property prices near cities are so high relative to income that even after years of saving, citizens will have no choice but to rely on mortgages to afford shelter. This is exaggerated by the fact that increasing property prices make citizens feel the fear of missing out, ultimately forcing citizens to take out dangerous levels of loans. Four out of the top 10 of the most unaffordable cities to purchase housing in are all located in China. This type of appreciation is concerning and won’t continue forever. We saw this before America’s 2008 recession, and we’re seeing similar signs in China. China’s real estate boom is already showing signs of a substantial slowdown. Because the Chinese housing market just keeps accelerating in prices, property developers have done anything to expand their real estate portfolios as fast as possible. The easiest to do so is to take out large sums of leverage. Just like before any financial crisis, greed took the center stage and developers were soon stuck with too much debt to handle. One of these developers included the epitome of Chinese real estate development, Evergrande.
Evergrande is one of the largest real estate developers in the world. By using corporate bonds issued to international investors, Evergrande grew its real estate portfolio to over 565 million square meters of development land.

Bruce’s Beach, seized by LA in 1924, returned to black family’s descendants
Flip or Flop: What the Flipping Houses Show Keeps Hidden From You
The Secrets of Mitt Romney’s $100,000,000 Roth IRA
What were we thinking?? Top 10 mistakes people make flipping houses.
Will the U.S. INVADE Texas over this? They just might | Redacted with Natali and Clayton Morris