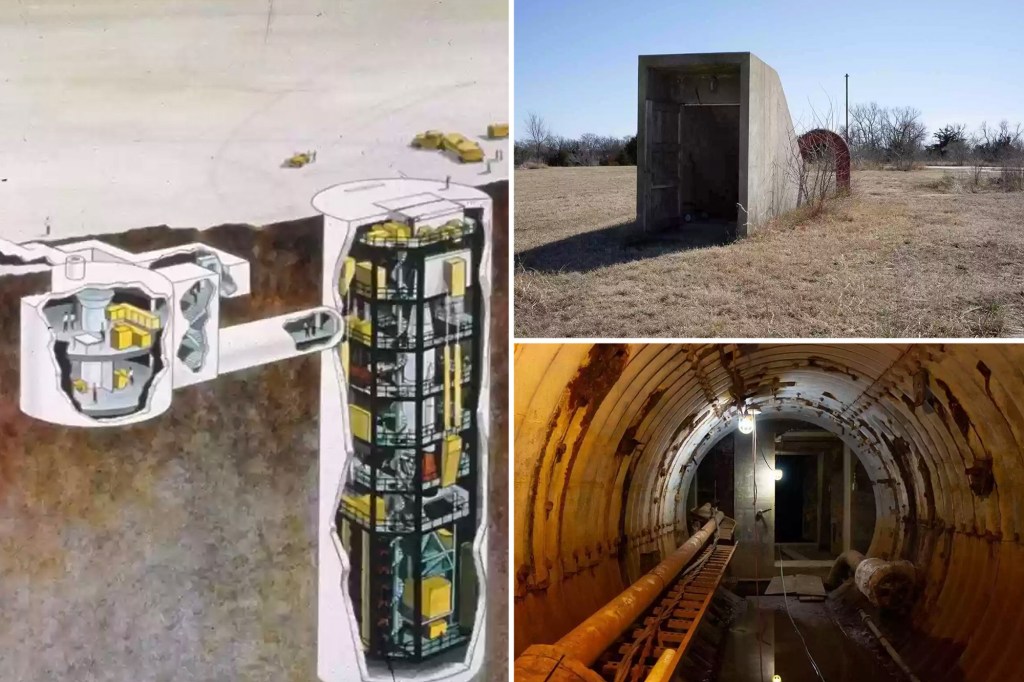 Built on 11 acres of land, the silo was specifically home to the decommissioned Atlas F missile, which were deployed from 1961 to 1966. After retirement, the ballistic missiles were refurbished and used for more than 30 years as space launch vehicles.

The underground complex was designed to withstand a nuclear strike and has water, electricity and a sewage system, the listing notes.

The upper levels were used for the launch control center and living quarters for the crew. The main missile silo is located at a depth of 170 feet, the listing states.

Images show a nondescript entrance to the silo, with an intricate underground structure.

The listing notes that the space has a “lot of potential,” and could be used as a home or “Bed and Breakfast…just some ideas.”

“If you want something offering security and uniqueness, this property is for you.”

Also on the property is a 4,000-square-foot Quonset building with water, sewer and electricity, as well as a one-room building for office or storage.

The property was featured on the Instagram account ZillowGoneWild, where some users noticed a similarity to the Soviet missile silo in the 1995 James Bond movie, “GoldenEye.”

“Almost 7 thousand square feet and there’s only one bathroom?!” Another user questioned.

“The entire place is a top secret potato shed,” another quipped.

Flipping houses across the country on the rise
Mortgage demand stalls again, even as interest rates swing briefly lower
Netherlands just SHOCKED NATO by admitting the truth in Ukraine | Redacted with Clayton Morris
How To Become A Investor? Where And How To Invest in Real Estate Property? Best Investment?
Malibu now only a billionaires’ club after Larry Ellison laid the groundwork