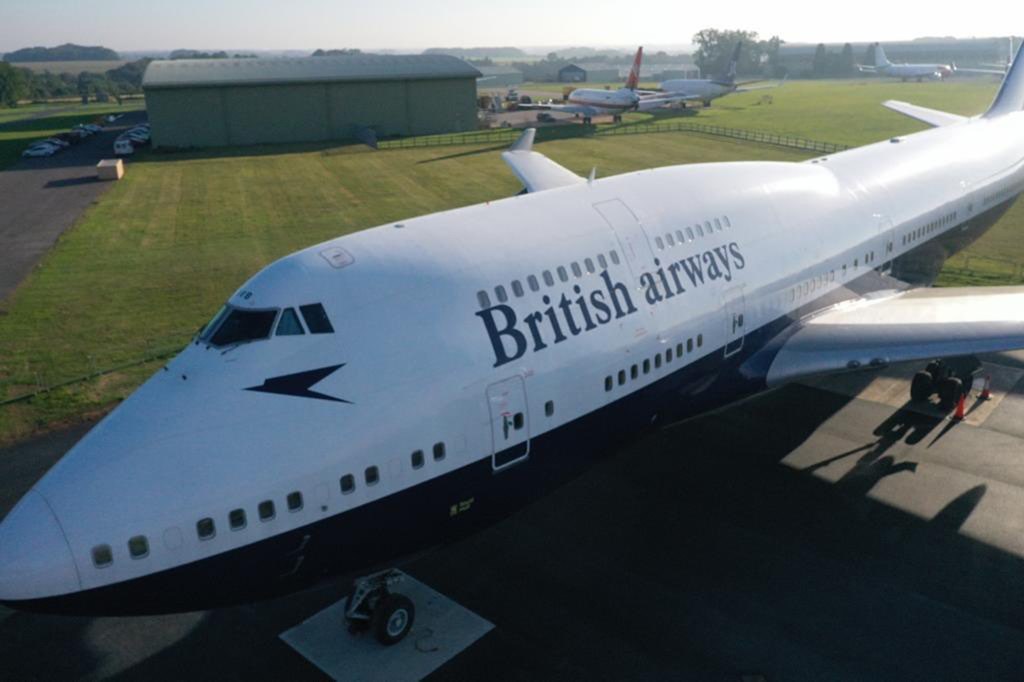 A grounded British Airways jet is set to become land’s most luxurious event venues converted from an aircraft.

Suzannah Harvey, chief executive of the privately owned Cotswold Airport in the United Kingdom, bought a retired Boeing 747 for approximately $1.30 in October 2020.

For the following 14 months, the plane which was gut-renovated to remove luggage compartments and the economy seating section to make room for a bar, cocktail tables and seating and disco-ready dance floor.

“It’s been a lengthy process to actually make it safe for public viewing, because these aircraft are designed to be in the air,” Harvey told CNN, after transforming the 1994 commercial plane into a party space, currently based at the Cotswold Airport. “So there are a lot of safety features which would not meet health and safety regulations for an event space on the ground. So they have to be decommissioned.”

In total, the movable nightspot cost close to $671,000 in total to makeover, including the buck it took to purchase the plane. Of that, $268,000 was spent on the installation of a new concrete pad and $107,000 went to electrical work, CNN reported. Aside from the dance floor and bar, much of the rest of the plane, including its cockpit, have been left as is and look nearly the same as they did before retirement.

Pandemic-related supply chain issues prolonged the process, but the jet is now open for bookings, with its official launch slated for March 1 — and Harvey said her team has been deluged in requests

“We’re absolutely inundated with inquiries at the moment,” she said. “It’s a very versatile events facility, so it can accommodate anything from a kid’s birthday party, through to a new product launch or a corporate presentation.”

The plane’s maiden few voyages as a party venue are so far booked to include a TV show shoot and an array of parties. The aircraft also has a wedding license for those looking to tie the knot on a flightless vessel and have $16,000 to spend for a 24-hour reservation.

Early visitors to the space, however, will have to tolerate one unique shortcoming.

“One problem that we still haven’t managed to solve is to get the toilet system working,” said Harvey. “We’re hopeful that we’ll nail that problem in the next six months or so. But at the moment, we’ve got very posh loo units that are positioned outside.”

How to invest in Real Estate in Germany | Real Estate investing Ep.1 | How to become a Millionaire
How Joel Made a Million Dollars with Freedom Mentor Phil Pustejovsky
Horrifying NYC rental market fuels hourlong lines to see tiny apartment
New Home Prices DROPPING FAST (Home Builders Preparing for Housing Crash)
5 Tips EVERYONE Should Know Before Buying a House at the Auction! (for Beginners) Foreclosure Help!