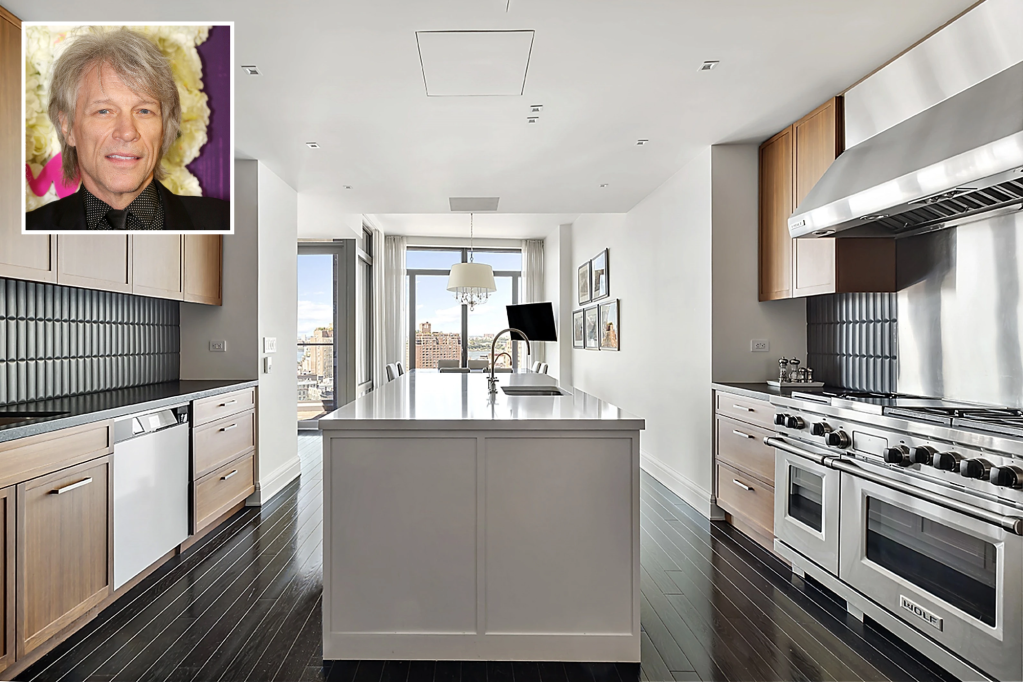 So, much for “Never Say Goodbye!”

Bon Jovi has put his luxurious Greenwich Lanes pad at 155 West 11th St. on the market, the Wall Street Journal was first to report.

An elevator opens into a private vestibule that leads into a 40-foot living room, complete with a Juliette balcony overlooking the city bustle, with a large adjoining eat-in kitchen fully equipped with appliances, according to the property listing on Compass. There are also floor-to-ceiling windows and a private terrace.

The condo’s primary bedroom suite has exposed views to the south and the east, fitted with a walk-in closet and a windowed marble bathroom. Each of the secondary bedrooms includes its own bathroom and closet space.

The condo, constructed in 2013, includes access to The Greenwich Lanes’ fitness center, 75-foot swimming pool, whirlpool, steam rooms, golf simulator, and more, according to the listing. Additional amenities include a garden and reflecting pool, dining lounge for Lanes residents and a 21-seat movie room.

The “Dead or Alive” singer moved to the 11th Street condo from his nearby apartment at 150 Charles St. in 2017. He reportedly took a major loss when he sold the 4,031-square-foot duplex in a building where other celebrity residents had lived, including Sports Illustrated model Irina Shayk and Ben Stiller.

The 59-year-old rocker is expected to kick off his 2022 tour this April.

Something HUGE is About to Hit the US Real Estate Market
Hang on, America’s Railway workers want WHAT? Are they crazy? | Redacted with Clayton Morris
Real Estate Market Updates: LIVE Q&A
2023 House Flipping Tips | BEAT Rising Interest Rates & Recessions
Hong Kong home prices drop to the lowest in nearly five years — and the worst may not be over