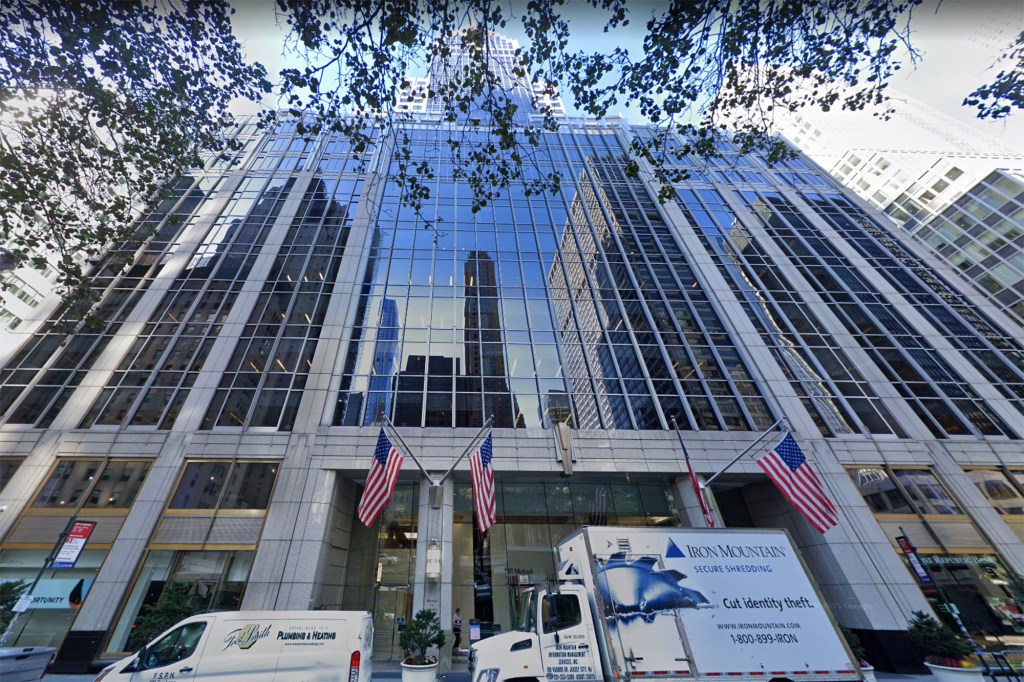 Believers in Midtown Park Avenue’s commercial viability should take even more comfort in the energy at 320 Park Ave. between East 50th and 51st streets.

In December, longtime owner Mutual of America Financial Group – which reclad the 766,000-square-foot tower from top to bottom in 1996 – brought in Munich Re as a 25 percent joint-venture partner.

The Mutual group already occupied 252,000 square feet in the building. Now that the tower is owned by the JV, Mutual has become an actual, rent-paying tenant for the first time under a long-term lease. Terms were not available but asking rents at 320 Park ranged from $95 to $150 per square foot.

Both transactions coincided with completion of an estimated $35 million to $40 million capital improvements program. The upgrades include a new lobby with a high-end barista stand and a fitness center. The entire 16th floor, previously used for offices, was converted into a 20,000-square-foot tenants’ amenity floor boasting a conference center and food and beverage facilities.

The floor’s highlight is a huge terrace available to all tenants. Like many others in Midtown, it was not previously utilized for tenants before the pandemic brought on a demand for outdoor space.

Doyle said, “Park Avenue resonates again” after a trend a few years ago that saw a number of large tenants migrate to Sixth Avenue, Times Square and points farther west.

Mutual of America’s 320 Park Ave. didn’t suffer. It even lured a major new tenant, Raymond James, in the depressed summer of 2020, as The Post first reported.

Now, the entire avenue has regained its appeal.

“Thanks to the East Midtown rezoning, the development of One Vanderbilt and 425 Park Avenue” and huge capital investment in older towers, “people want to go east again and be near Grand Central Terminal,” Doyle says.

JLL’s Doyle, Kleiner, David Giancola and Andrew Scandalios worked with Mutual of America in arranging the JV with Munich RE.

Beefbar, a high-end global restaurant brand with locations including in London, Paris, Hong Kong, Rome and the Mideast, has signed a lease for 6,420 square feet at 105 Hudson St. It will be Beefbar’s first US restaurant and the first new tenant at the location since Nobu moved out five years ago.

The asking rent was $150 per square foot, said Lee managing principal Peter Braus – about $50 less than the ask was pre-pandemic.

The prime corner space across Franklin Street from thriving Tamarind Tribeca languished on the market after Nobu decamped to 195 Broadway in FiDi. Previous brokers failed to sign several tire-kickers from the retail and hospitality worlds.

When Lee & Associates was hired a year ago, Braus met with the co-op board president of the mostly apartment building. “We decided the space needed work,” Braus recalled.

“There were still Nobu’s old fixture and drywall in there” that put off prospects. “We decided to white-box the space and we started getting offers within a few months.”

He said the old Nobu “had great bones, but it had a drop ceiling that concealed a beautiful, old vaulted brick ceiling” that is now revealed.

Beefbar was first launched in Monte-Carlo by Riccardo Giraudi.  It’s unsurprisingly meat-centric but also features street-food items from around the world and “iconic” dishes from everywhere. The Hong Kong location boasts a Michelin star.

Hong Kong home prices drop to the lowest in nearly five years — and the worst may not be over
Quick Flip for Modest Profit! | Flip or Flop | HGTV
Elon is about to drop a BOMBSHELL on the Hunter Biden laptop story | Redacted with Clayton Morris
Wait! THIS is what they’re doing with our money in Ukraine? | Redacted with Clayton Morris
2023 House Flipping Tips | BEAT Rising Interest Rates & Recessions