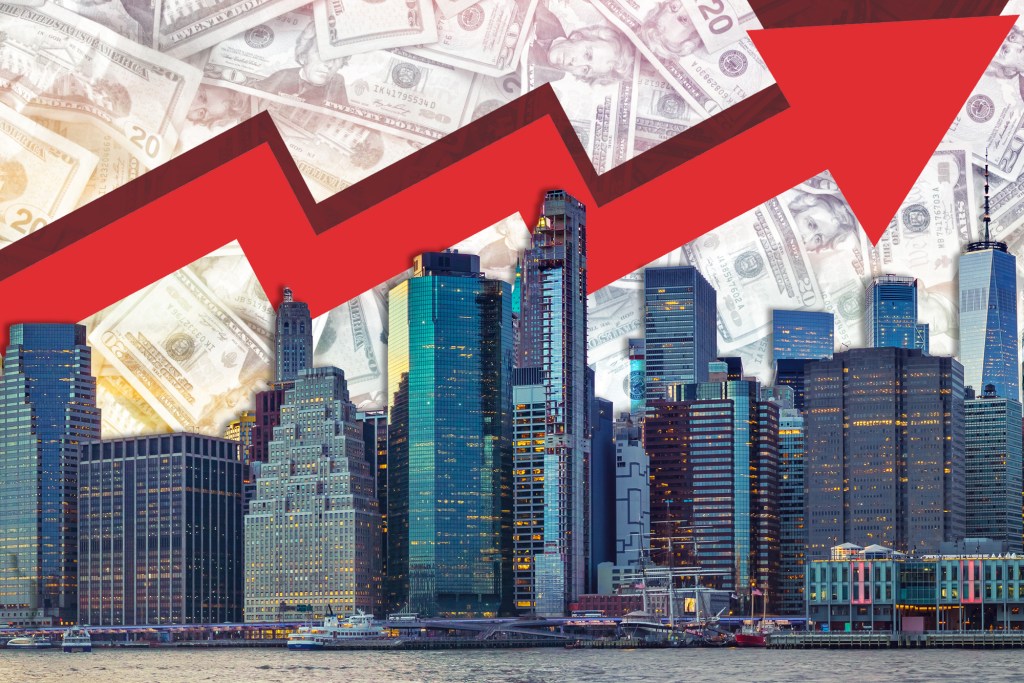 Based on recent rent hikes, New York has freshly become twice as nice to live in.

As the pandemic ebbs, landlords are sticking their tenants with surging monthly rents — part of a record-breaking bump in housing costs that’s sweeping the nation, reports show.

“It should be illegal,” Living New York agent Brett Allen told The Post of the absurd recent rent increases he’s seen in the boroughs that are irrespective of amenities or renovations. “It’s horrible. I’m seeing a lot of people being turned out of their homes, people who paid rent on time with perfect credit scores.”

But many locals are reporting more extreme hikes.

Skin care brand manager Anne Kennedy recently experienced the wild rent hike trend firsthand: For the past year, the 26-year-old Chicago native had been paying $2,696 for her West Village studio. An NYC resident of three years, Kennedy adored her “humble” unit, as well as the building, where she was close with a number of tenants. She’d planned on renewing her lease when she received an email almost exactly 90 days before it was up, and learned her landlord planned to increase her rent by 46.5%.

“It’s actually comical,” she said of the $3,950 a month rent her new lease offered. “It’s definitely heartbreaking because I won’t be able to live with one of my best friends in the building anymore.”

“It couldn’t happen to a better person who would’ve negotiated in good faith and moved forward in a reasonable way,” said Allen, who is a friend of Kennedy, as well as her agent. “This is akin to an eviction notice. No person can afford an increase like that.”

Unfortunately, since Kennedy’s rental is free market, there’s nothing illegal about the maneuver, although a 2019 law required her landlord to inform her of the increase 90 days in advance of the lease renewal.

Other tenants in her Greenwich St. building have also had considerable rent increases, Kennedy reported, although hers is — for unclear reasons — the most obscene.

While the end of COVID-19 may be the most obvious explanation for the sudden rent increase trend, Brett believes it’s more complicated.

“I think the pandemic is over — these 50% increases started January of this year,” he said. Instead, he listed more likely causes being the “annihilation of inventory” in the $2,000 to $3,000 a month range coupled with the COVID-caused decentralization of move-in dates and straight “greed.”

“This is landlords asking for higher prices than they ever have before just to see what they can get,” he said.

The trend is especially extreme in more desirable neighborhoods

“Rents have been really crazy” in areas like Carroll Gardens and the West Village, Realty Collective founder Victoria Alexander told The Post. “There was a rush of people coming to the city and just not enough apartments in places where there’s a high quality of life. It’s really neighborhood based.”

Despite the disheartening situation, Kennedy is committed to staying in the city. Although she’s considering leaving Manhattan if she has to, she’s not yet apartment hunting beyond the boroughs.

“New York is definitely the home for me,” she said.

Something HUGE is About to Hit the US Real Estate Market
Elvis Presley’s $840K plush, red velvet private jet up for auction
Just In! Realtor.com’s 2023 Housing Market Forecast
Castle with ties to Old Hollywood outside Manhattan lists for $1.64M
Hong Kong home prices drop to the lowest in nearly five years — and the worst may not be over