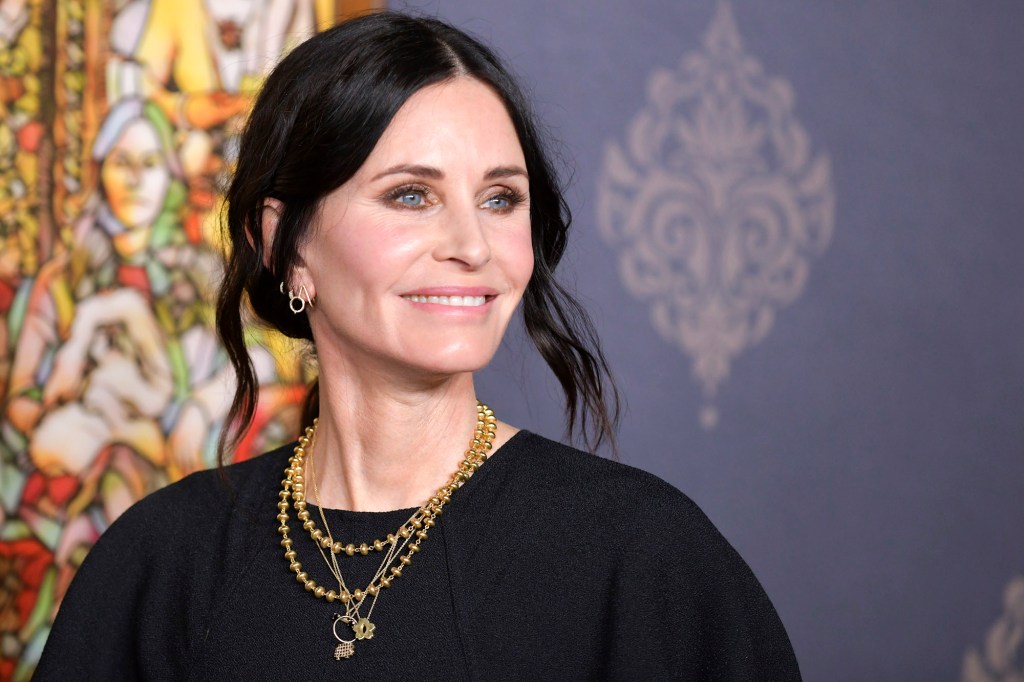 Courteney Cox had a scream when she thought she encountered a ghost in her LA home.

The “Scream” star, 57, recounted the horror tale on a recent episode of “Jimmy Kimmel Live!” — and shared why she felt she had to actually sell her Laurel Canyon pad because of it.

Cox stars in the upcoming Starz horror-comedy series “Shining Vale,” and host Jimmy Kimmel, 54, asked her if she ever saw a ghost herself.

“I didn’t believe it at first,” she said, adding that her house once was owned by burlesque dancer Gypsy Rose Lee, as well as singer/songwriter Carole King.

The “Friends” actress then revealed that King, 80, came over to have a séance with her to banish the spirit from the property. However, Cox was too awestruck by the Grammy-winner to pay attention to their supernatural activity.

“So, Carole King came over to my house and she said there had been a divorce that was really ugly, and there was a ghost in the house,” Cox said. “And I was ‘Yeah, whatever.’ But other people who had stayed there with me — like, friends of mine — said they had an encounter with a woman who was sitting on the edge of the bed.”

But Cox then revealed that the moment she actually felt scared was when a delivery man came to her door and made a spooky statement.

“I was at the house one day, not being a believer. And the doorbell rang,” she recalled. “It was a UPS guy or something, and I opened the door and he said, ‘Do you know this house is haunted?’ “And I go, ‘Yeah, why? Why do you think that?’”

That’s when the visitor pointed out a too-close-for-comfort ghostly presence.

“He goes, ‘Because there is someone standing behind you,’” Cox said. “And I was like, ‘Let’s sell.’”

Cox unloaded the house not long after that incident — and the rest is history.

“I couldn’t sleep there alone ever again,” she confessed.

The mother of one has had her own share of scary experiences, having starred in Wes Craven’s “Scream” franchise since 1996, in which she played TV journalist Gale Weathers. The fifth installment of the slasher series debuted in January with Cox reprising her role, alongside “Scream” staples Neve Campbell, 48, and Cox’s ex-husband, David Arquette, 50.

Arquette admitted that it was “cathartic” to work with Cox again on the film in an interview with the New York Times earlier this year. The actors were married from 1999 to 2013 and share a daughter, Coco, who turned 17 in June 2021.

“It’s a cathartic experience to just be able to act opposite Courteney,” the “Never Been Kissed” actor said. “It’s been 25 years of our lives. We’ve grown up together. We have a child together.”