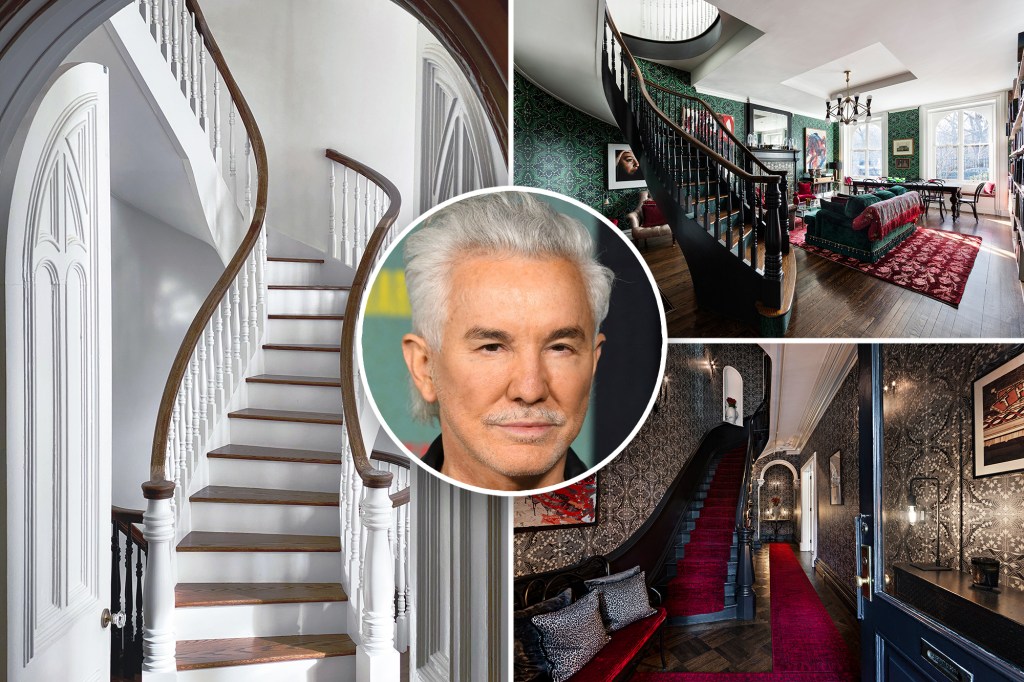 Baz Luhrmann’s New York City townhouse is exactly what you would think an eccentric-style award-winning director’s home would look like.

The mastermind behind the film’s “The Great Gatsby,” “William Shakespeare’s Romeo + Juliet” and “Moulin Rouge!,” as well as his upcoming biopic “Elvis,” is selling his Gramercy Park townhouse for whopping $20 million.

The Australian-born filmmaker initially purchased the five-story townhouse for $13.5 million in 2017.

Made up of six bedrooms and five baths, the renovated home was initially built shortly after the Gilded Age period in 1925 and boasts 8,500 square feet of living space.

The 28-foot-wide home includes an elevator that boasts a centerline view over Stuyvesant Square Park, the listing notes. It was last renovated in 2019 under Luhrmann’s guidance.

Features include a three-bay facade, round-arched doors and windows, a cast-iron balcony and a paneled cornice.

“It is the only Anglo-Italianate house in the district that was not originally part of a row of narrow, uniform houses,” the listing states.

The eat-in kitchen boasts a butler pantry, marble countertops, painted pine cabinetry. From the kitchen you can access the private backyard.

Moving to the parlor, the ceilings are 16 feet high with a floating staircase, the listing states. The rear parlor level is currently dedicated to the primary suite, which boasts an ensuite bathroom, walk-in closet and private terrace.

Three of the bedrooms and two bathrooms are featured on the third floor as will as the laundry room and a separate sitting room.

On the fourth floor is a standalone suite with a living room, bar, gym, a bedroom and a bathroom.

Before Luhrmann moved in with his family, renowned jazz tenor saxophonist Clifford Jordan, along with his wife Sandy Jordan, lived on the fourth-floor studio for decades prior.

Lastly is the basement, which can be accessed by the elevator, internal stairs or a private entrance under the stoop. Features of the basement include a screening room, access to the garden, additional laundry and an additional bedroom with a separate entrance.

Steve Gold of the Corcoran Group holds the listing.

Luhrmann has been married to production designer Catherine Martin since 1997. They share two children.

Pending home sales post surprise increase in May, likely due to brief pullback in mortgage rates
Investment Strategies | Investment Ideas Besides Stocks
Mid-Century Home With The MOST UNIQUE Fire Pit | Flip or Flop | HGTV
Demand for adjustable-rate mortgages surges, as interest rates make biggest jump in 13 years
What Is Going To Happen In Real Estate Business Of Pakistan? Effect Of Tax On Real Estate Business?