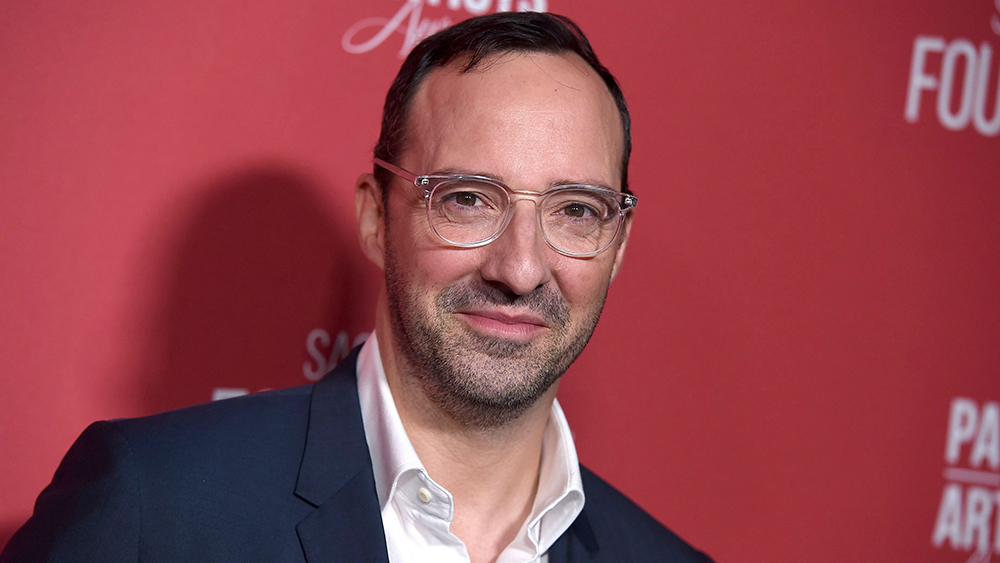 Tony Hale has finally sold his former home in the Los Feliz area of Los Angeles for a mite less than $1.6 million after the property spent three years on and off both the rental and sales markets. The two time Emmy-winning “Veep” and “Arrested Development” star and his Emmy-winning make-up artist wife, Martel Thompson Hale, purchased the updated traditional in 2005 for $1.35 million. With taupe clapboard siding, black shutters and an eye-catching bright yellow front door, the renovated 1930s Colonial has four bedrooms and three bathrooms in just over 2,200 square feet.

The step-down living room has a television hidden in a discreet cabinet above the fireplace, and a bay window lends a few extra square feet to the petite formal dining room. The updated kitchen features ivory-colored Shaker-style cabinetry jazzed up with brass fixtures and stainless steel backsplashes, and an adjoining breakfast nook features built-in banquette seating. A main floor bedroom and nearby bathroom works as an office, guest bedroom or staff suite; two guest bedrooms, one with direct access to a shared hall bathroom and the other with a small loggia, occupy the upper floor along with a master bedroom that incorporates a fully updated, vintage-inspired bathroom. A covered, multilevel red-brick terrace outside the kitchen has an outdoor fireplace and is surrounded by a swathe of lawn that slopes down toward a detached two-car garage with alley access.

The Hales decamped Los Feliz for an unremarkable 1940s ranch-style home in a prime area of Studio City, Calif. They acquired that property, which includes a detached studio/guesthouse, in early 2016 for not quite $1.6 million.

Renovating ENTIRE Home with Tons of Issues | Flip or Flop | HGTV
What the GOP taking control of the House means
Reverse Mortgage Real Estate Investing
Wait, is China about to go to war with Taiwan? Are they crazy | Redacted with Clayton Morris
Debt Strategies For Real Estate Investors