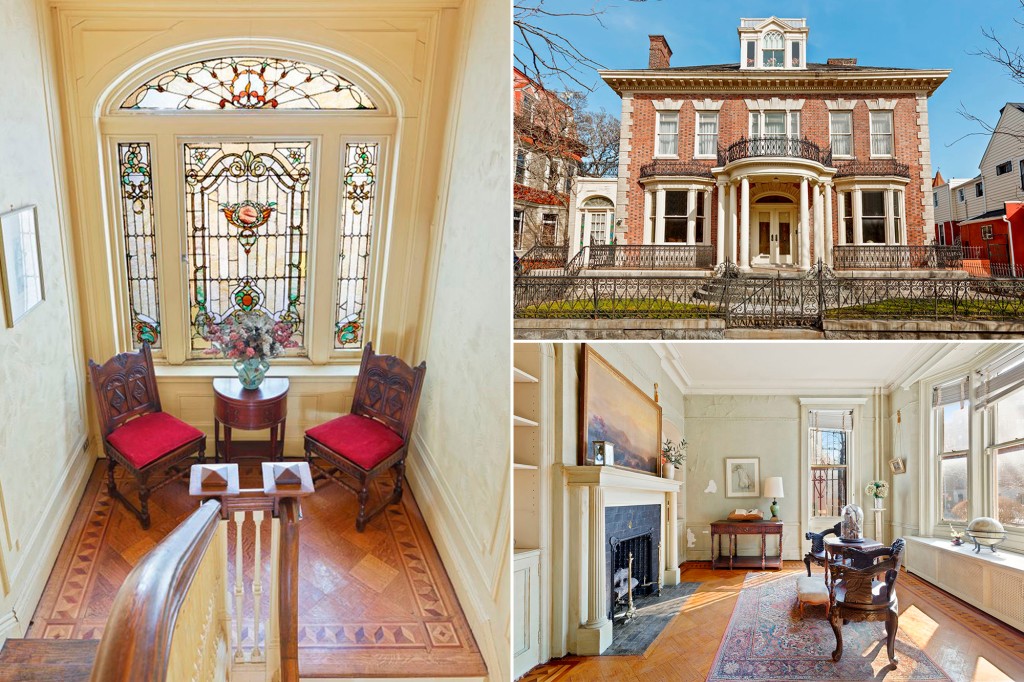 Seasoned real estate brokers Jessica Fields and Brad Bateman thought they had seen every type of listing imaginable — until they were tasked with the sale of 1019 Bushwick Avenue.

Stepping into the Brooklyn mansion, which was built in 1900 and just hit the market for $2.7 million, was like slipping through a portal back in time, the agents told The Post.

A dazzling array of relics filled the more than 4,000-square-foot home’s lush interior — from ancient television sets and classical busts to century-old stoves and dolls.

The home, the agents said, looked less like a residence than a staging area for a Bushwick edition of PBS’s “Antique Roadshow.”

“The house feels like it’s out of a history book,” said Fields, the listing agent with Compass. “It’s been largely untouched since it was built in 1900.”

Fields said much of that consistency stemmed from the fact that home has been kept in the same family since 1937.

A recent tour revealed treasures in every direction. A rare, first-edition copy of Betty Smith’s “A Tree Grows in Brooklyn” from 1943 hid in a stack of old children’s books. A row of valuable vintage dolls — including characters like Pinocchio and Snow White — stared out from atop a high shelf in another room. A housecleaning schedule — nearly a century old — remained affixed to the inside a closet door. Tuesdays, it decreed, were reserved for a thorough cleaning of the “music room, sun parlor, and hall.”

A rear portion of the home had once been used as a doctor’s office, the agents said. Their first exploration revealed vintage desks, examination tables and a pile of dusty patient logs.

In researching the address, Fields and Bateman learned that the mansion had been designed by Ulrich Huberty, the son of a successful German-American businessman named Peter Huberty.

The scion was considered a Gilded Age wunderkind, having taken part in the design of many prominent borough landmarks — including the Prospect Park boathouse and Williamsburgh Savings Bank.

Hubert created the Bushwick Avenue home for his parents and it was completed in 1900. But the young architectural star — and devotee of the City Beautiful Movement — would die suddenly 10 years later at just 33.

Fields and Bateman said they hope that the ultimate buyer will retain the resilient spirit of the home, which was deemed a landmark by the city in 2017.

The current owners plan to organize and ultimately sell off the antiques and ephemera — most of which was gathered and stored out of view for the sale process.