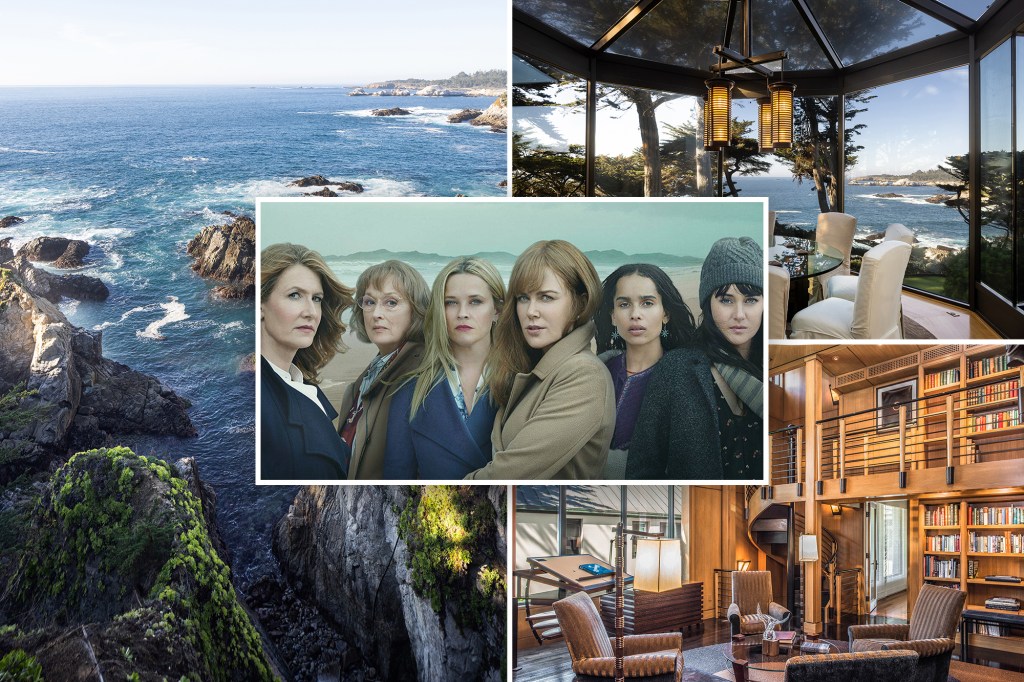 A Carmel, Calif., house featured as the backdrop of the award-winning HBO series “Big Little Lies” has hit the market for a colossal $29.62 million.

While a hefty number, it’s still a far cry from three years ago when it listed for a whopping $52.4 million.

Made up of six bedrooms and nine bathrooms, the Bohemian-style setting is considered the largest oceanfront residence in the Carmel Highlands and served as the location for the couple’s therapy scene between Madeline and Ed MacKenzie, respectively played by Reese Witherspoon and Adam Scott.

Owner Gary Vickers, a former software entrepreneur, purchased a five-home compound on the 4-acre estate in 2018 for $14.43 million.

Vickers had first bought one parcel of land more than a decade ago, and slowly began purchasing adjoining properties as they came up for sale.

But the portion he is now selling, known as the Lodge at Spindrift, only comprises one main residence, which spans 12,100 square feet.

Set on two landscaped areas and recently “extensively remodeled,” according to the listing, the home was also the backdrop for the ’90s thriller “Basic Instinct,” starring Sharon Stone and Michael Douglas.

The main level of the home features a gourmet kitchen, a glassed breakfast room, a grand living room, a palatial primary suite and a two-story library.

Amenities on the other two floors (which includes a bonus room level) include a gym, a sauna and a secondary kitchen.

Outdoor features include meandering pathways that lead to landscaped coastal gardens, a private oceanfront fire pit, and a pool and hot tub “protected from the elements,” the listing notes.

Meanwhile, the idyllic coastal city is iconic in its own right, and has served as the setting for many Hollywood features, including the original “The Parent Trap” and “A Summer Place.”