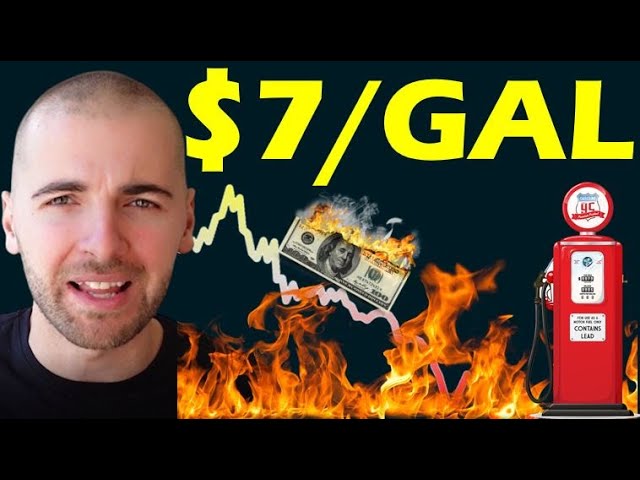 US Gas Prices are skyrocketing right now due to the Russia / Ukraine Crisis. The average across America is $4/Gallon and over $5/Gallon in California. And they could be surging higher in coming months if the Russian Invasion of Ukraine persists.

The last time gas and oil prices went this high were the summer of 2008. There was a big Economic Recession, Housing Crash, and Stock Market Crash shortly thereafter. And nearly every time there has been a big spike in gas prices over the last 50 years, a recession has followed.

The states with the highest gas prices in include California, Oregon, Nevada, and Washington. After adjusting for how much people drive, California and Texas have the highest annual cost of gas prices for American Consumers.

Why do higher gas prices tend to cause recessions? Because higher gas costs are a tax on the American consumer. And the increase in gas prices over the last year accounts for a nearly $200 Billion tax on Americans.

DISCLAIMER: This video content is intended only for informational, educational, and entertainment purposes. Neither Reventure Consulting or Nicholas Gerli are registered financial advisors. Your use of Reventure Consulting’s YouTube channel and your reliance on any information on the channel is solely at your own risk. Moreover, the use of the Internet (including, but not limited to, YouTube, E-Mail, and Instagram) for communications with Reventure Consulting does not establish a formal business relationship.

Biggest Mistake with Fix and Flip Houses
How to Find & Utilize a HELOC for Real Estate Investing in 2022 | Morris Invest
‘Risky behaviors’ are causing credit scores to level off — here’s how that can hurt you
Influential NYC comedy club Caroline’s closing after 40 years
Castle with ties to Old Hollywood outside Manhattan lists for $1.64M