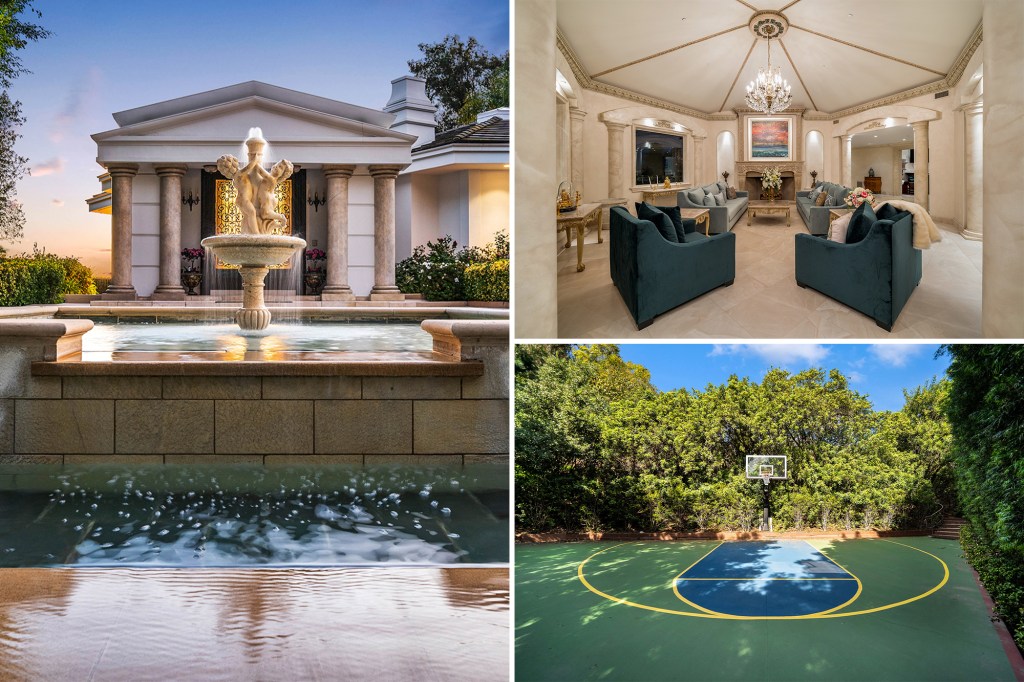 This gated compound in prime Beverly Hills has everything inside its walls from inlaid floors to detailed moldings — and it’s even housed a celebrity renter. Once more, it seeks a deep-pocketed buyer to call it home.

Russian businessman Gennady Moshkovich, who heads Moschanko Investment Group — and who has owned this 2-acre estate since 1998 — wants to part ways with it for $25.99 million.

News of the listing, which records show returned to the market last month, was first reported by the Real Deal.

Moshkovich, who’s also behind a $4 billion theme park in the works on the outskirts of Moscow, has tried selling this property for some time.

The Real Deal notes that Moshkovich had attempted to sell the 11,360-square-foot residence before 2020’s stateside coronavirus outbreak in a reorganization plan for his Chapter 11 bankruptcy case.

That plan, according to Bloomberg, relied on selling this estate within a short span of time. But when COVID-19 hit American shores, lockdowns put the kibosh on his efforts to market the spread. That prompted Moshkovich to petition a court to suspend his bankruptcy case — a motion that he ultimately withdrew in April 2020. It’s not clear as to whether this home is being marketed now as part of that case.

Moshkovich immigrated to California in 1978.

His Loma Vista Estate has views of downtown Los Angeles and Century City. The main home has five bedroom suites and nine baths — while a detached guest house has three bedrooms, two baths, plus a kitchen, living and dining room.

Listing images show a motor court accented with a custom fountain and, inside, high ceilings ornamented with decorative moldings, fireplaces, a bar area, floor-to-ceiling windows, a large chef’s kitchen and plenty of space for wine storage.

Outside, there’s an Italian-style pool and spa with water features, as well as a pool house with a dry sauna. Elsewhere outside, there’s even a basketball court.

Adi Perez, of The Agency, has the listing.