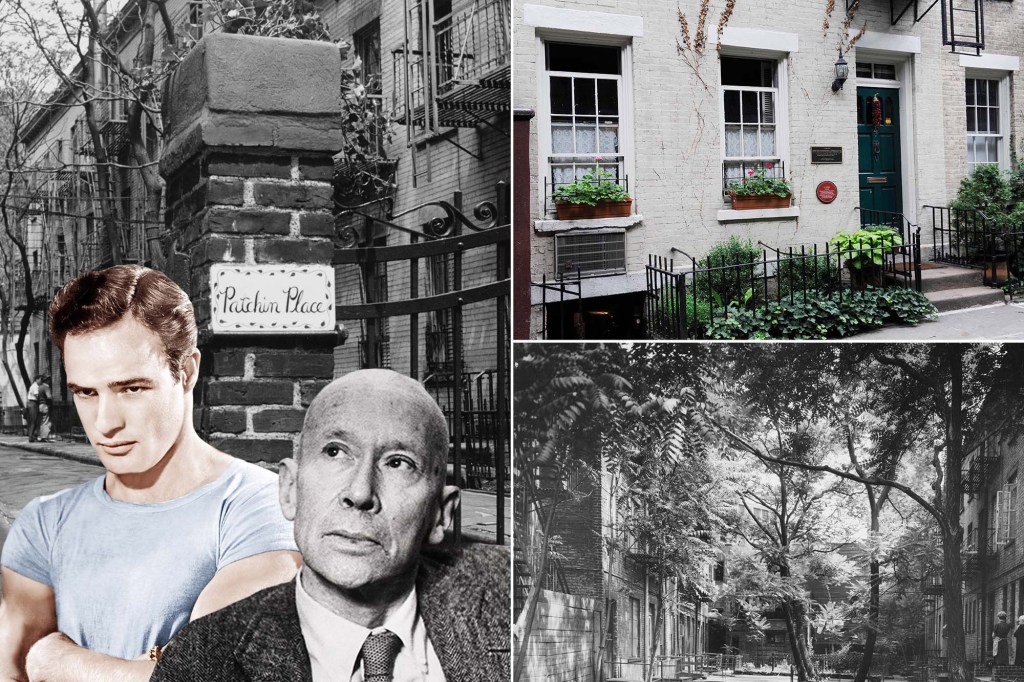 A historic Manhattan street that boasts past occupants like Marlon Brando, poet E.E. Cummings and writer Theodore Dreiser has been scooped up in its entirety by an investment firm in a modest $32 million deal.

The purchase took place earlier this month — when investment firm Firebird Grove purchased 11 townhouses on Patchin Place, a gated cul-de-sac in Greenwich Village, from Morgan Holding Capital, according to the Real Deal.

So far, the secluded alleyway off West 10th Street, made up of commercial and residential units built in 1848, has remained fairly untouched since the 1920s — and is even lit by the city’s last remaining 19th-century gas streetlights.

The street became a popular destination for walking tours given that it’s been the onetime home of several other creative legends, including Djuna Barnes.

In the early 2000s, it was turned into a hub for psychiatric practices with offices for 15 psychotherapists.

It’s unclear what Firebird Grove’s plans are following this investment. On its website, the firm describes itself as “a next-generation real estate investment group that buys, modernizes, and operates medium to large scale assets.”