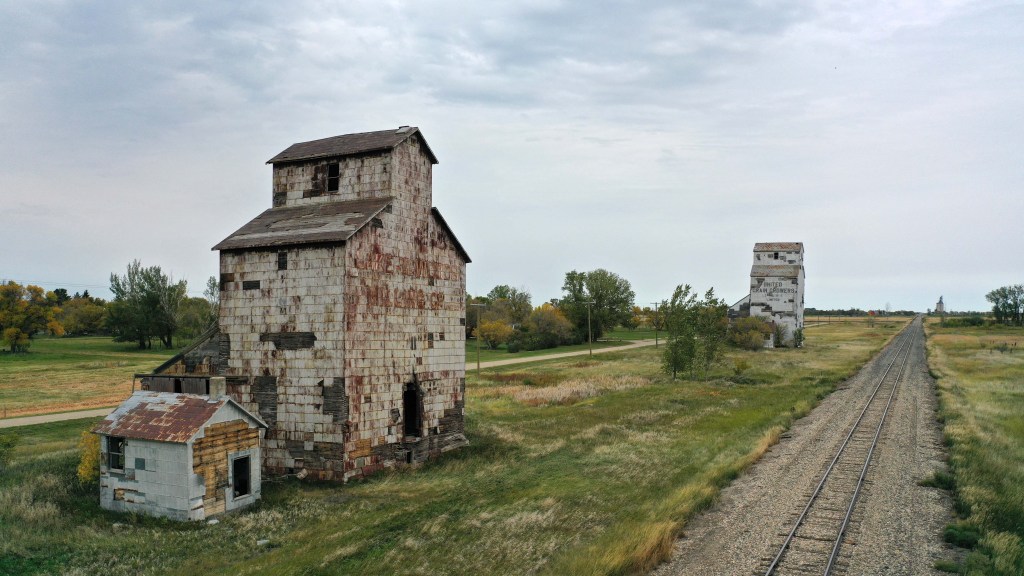 This tower of rice is ending its reign over a Canadian town after more than 100 years.

The oldest remaining “prairie castle” in Canada — a 125-year-old wooden grain elevator which has long defined a town’s skyline as it decayed — will soon be no more, ending an era for the area.

“When you lose the post office, the church and school, maybe you can tolerate those. But the grain elevators were often the reason why many towns existed in the first place,” Gordon Goldsborough, head of the Manitoba Historical Society, told the Guardian of the structure’s significance to the town of Elva. “To see the elevator go is kind of the that last hurrah for the town.”

This particular elevator was built in 1897 and named for the company that constructed it — the Lake of the Woods Milling Company elevator. Visible for miles around, it long served as a symbol of Elva’s economic activity, marking the hamlet as a commercial hub in the Canadian prairie.

The decades have aged it badly, though, and while there is great nostalgia for the building and all it represents, its owner says the time has come for it to join its fellow elevators in the pages of history.

“It’s at the point now where it’s either going to be demolished or dismantled,” Troy Angus, who owns both the Lake of the Woods elevator and a newer one adjacent to it, told CTV News Winnipeg. “The water, moisture, has got in and got down into the foundation and this building just isn’t savable.”

Although he’s deemed the elevator beyond saving, his company specializes in preservation-minded building dismantling, and he plans to reclaim as much of the structure’s antique wood, tin and hardware as possible. The salvaged parts will then be resold to individuals so the elevator’s legacy can live on in pieces — the goal being “to spread this stuff as far as possible so the story can live on.”

Further in the name of posterity, Angus is documenting the reclamation endeavor in a YouTube series.