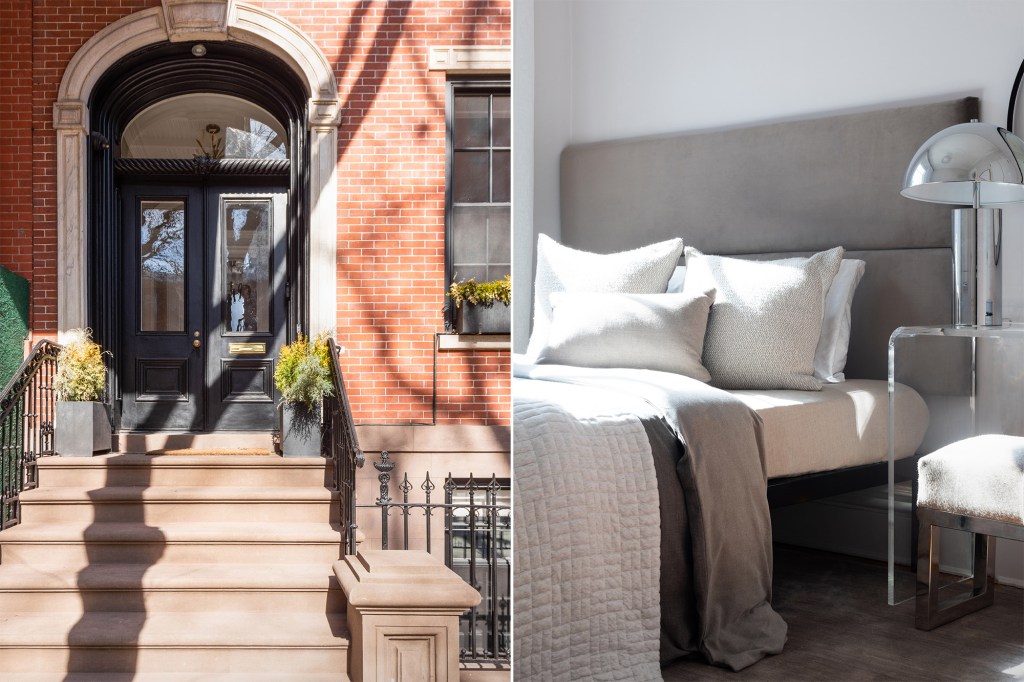 A historic Brooklyn townhouse by the waterfront has hit the market for $9.99 million.

The Brooklyn Heights home, known as the Captain’s House, is at 13 Cranberry St., steps from the Brooklyn Promenade.

Built in 1829 by Richard Mortimer, a British sea captain, the 25-foot-wide home was recently renovated by Baxt Ingui Architects.

The home also shelters a secret — a hidden cavity inside a post, where Capt. Mortimer allegedly hid the deed to the house almost 200 years ago.

It’s apparently an old British tradition, according to the brokerage firm selling the property.

Once the mortgage was fully paid, the homeowner would apparently drill a hole in the post and place the wrapped-up mortgage document inside, then plug the hole with a decorative wax seal.

Design details include the crown moldings — intricate fruit patterns that nod to the fancy fruit streets of Brooklyn Heights — as well as two fireplaces, 11-foot ceilings, the original staircase and lots of storage.

There’s also heated floors inside the house as well as a heated stoop and sidewalk outside.

There’s also a chef’s kitchen with white cabinets and white marble counters. The second level is the owners’ suite, with a fireplace and spa-like bathroom, two dressing rooms and a “bonus” room that can be a home office, sitting room or bedroom.

The next floor boasts a laundry room and two more bedrooms, with fireplaces and large closets. The top attic level could be another office or lounge.

Where And How To Invest In Real Estate Business Pakistan? How Does Its Profitable?
Zosia Mamet sells $1.2M NYC spread at a loss
Let’s Talk about Buying in Aruba/ The process of real estate / Aruba/ Aileen kelly/ Cheesplatter
NYC office leasing deals are heating up as landlords consider fresh uses
FLIPPING HOUSES JOIN US FOR 2014