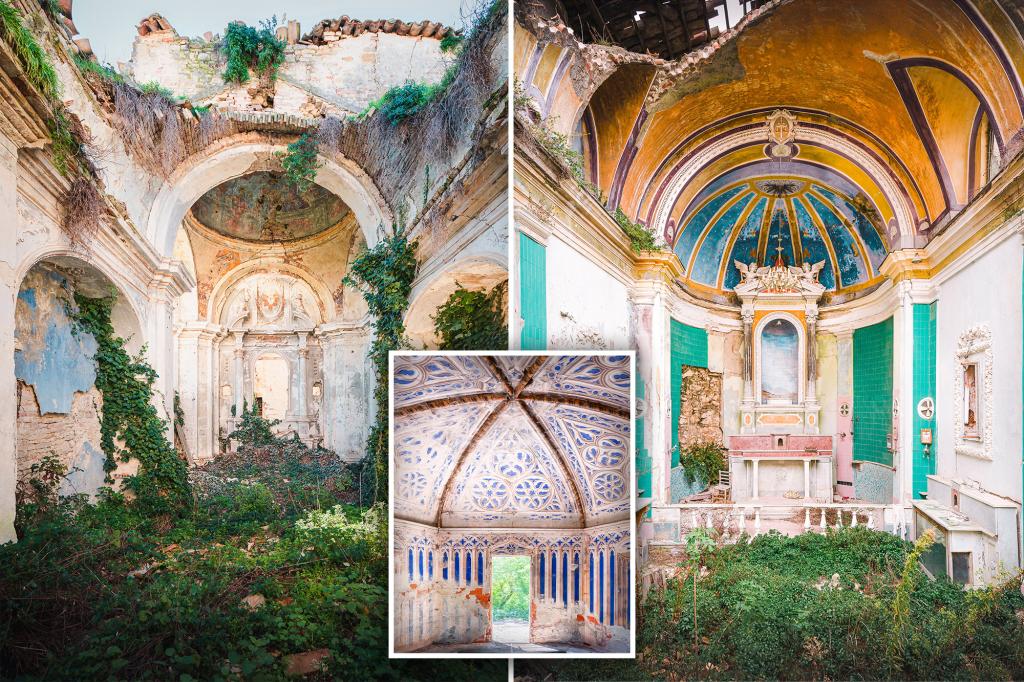 These temples haven’t fallen, but they’re well on their way.

Netherlands-born photographer Roman Robroek has explored and captured the gutted interiors of abandoned buildings for more than a decade. His most recent photo series focuses on forsaken churches — and the disturbing remains left behind long after the congregation leaves.

“Today, these abandoned churches offer a unique glimpse into the past as a source of reflection,” Robroek, 34, told Jam Press. “These are the traces of the past of many communities and if we follow them, we can see where we all came from and perhaps where we’re going.”

While Robroek’s work has taken him across the globe, his 100-photo church series focuses on the chapels of Italy, which has at least 1,000 known abandoned churches — and quite possibly a great deal more unknown ones. Through his images, Robroek hopes to communicate the Christian church’s “decline” in the nation — which still has more than 20,000 in-use churches.

The relics he discovers in the deserted sanctuaries also make for an interesting story. In his house of God-themed travels around Italy, he has found everything from old podiums and broken stained-glass to mummified bodies and piles of bones and skeletons.

By taking photos of the churches after their prime, he captures a portion of their history which may otherwise be entirely forgotten.

The most likely reason most of the chapels Robroek photographs are abandoned is actually “a lack of resources or personnel to keep them running,” but the more conceptual explanation adds narrative to his images.

“As time goes by, the knowledge of these places and their past history gets simply lost through time,” he said, noting that even in their active heyday, many of the buildings — as gorgeous as they were — only held significance to a small, local group of people.

“In some cases, abandoned churches and religious buildings might not even be known outside of a specific neighborhood,” he said. “Italy is a perfect example of a country that although greatly valuing its history, architecture, culture and connection with the church, still features its share of abandoned churches.”

The Pending Housing Crash | What Wall Street is Doing Will Shock You
Investors’ home purchases drop 30% as price increases slow down
Managing Your Real Estate Agent When Buying or Selling
The future of parking is in New York — and it costs at least $300,000 per space
Rough In Roundup: How Much Does it Cost to Flip a House?