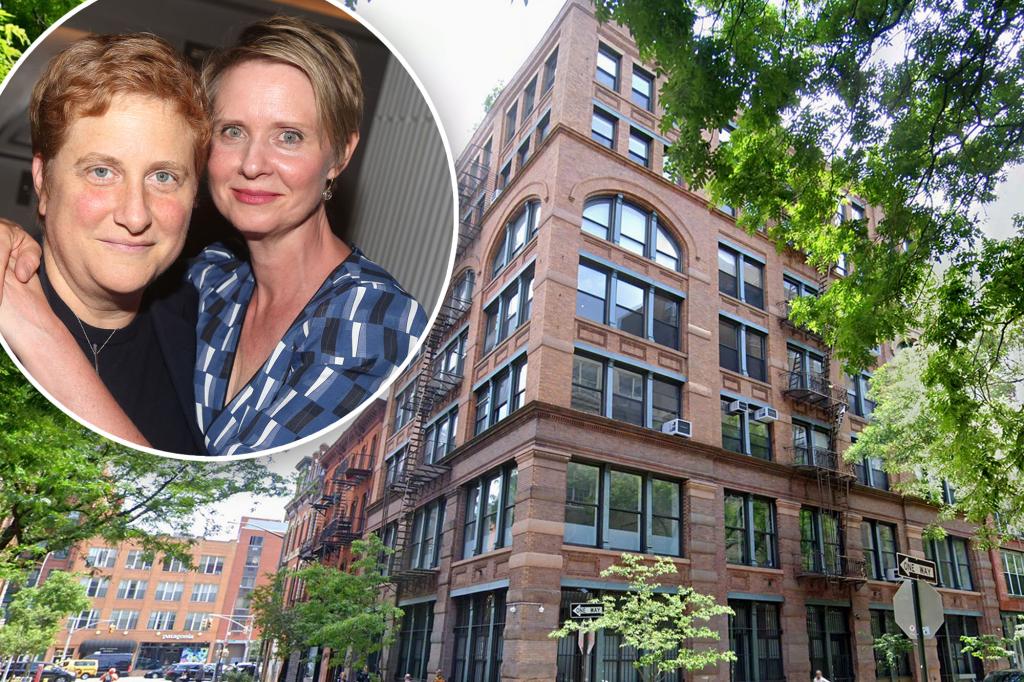 They say nothing lasts forever — and that includes apartment deeds.

Cynthia Nixon, 55, and her wife, activist Christine Marinoni, have sold their Greenwich Village apartment for $3.59 million, according to property records.

The four-bedroom, three-bathroom Bleecker Street unit was only officially on the market for 20 days before being nabbed.

The “true loft in the absolute heart of Noho” features a 20-foot-long living room overlooking Elizabeth Street through three oversized, westward facing windows as well as a foyer and large dining room.

The main bedroom has a walk-in closet and en suite bath “as large as one can get in a NYC apartment” and includes a clawfoot tub, double vanity separate shower and tile work, according to the listing.

The other three bedrooms and two newly renovated bathrooms are located across the apartment, on its eastern side.

Throughout there are 10-foot ceilings, central air and “tons” of closets as well as laundry.

The building is a 23-unit co-op complete with furnished and grill-equipped roof deck, bike storage, laundry room, private storage locker and “virtual doorman.” Monthly maintenance is just under $4,000 a month, according to StreetEasy. In 2018, the unit next door hit the market for $2.2 million.

The gubernatorial contending “Sex and the City” star and LGBTQ rights activist had owned the unit since 2012, according to The New York Times, which first reported on the sale.

The couple are now moving uptown: Last year, they closed on a four-story Kips Bay townhouse on East 32nd St., purchased for $4.4 million.

Weekly mortgage demand jumps 7% as interest rates drop to lowest level since September
What is a ‘rolling recession’ and how does it affect consumers? Economic experts explain
92% of millennial homebuyers say inflation has impacted their purchase plans, but most are plowing ahead anyway, study shows
Rent prices have dropped the most in these 5 U.S. metros. Why it’s cheaper to rent than buy in many markets
‘Succession’ star buys $1.83M Brooklyn home