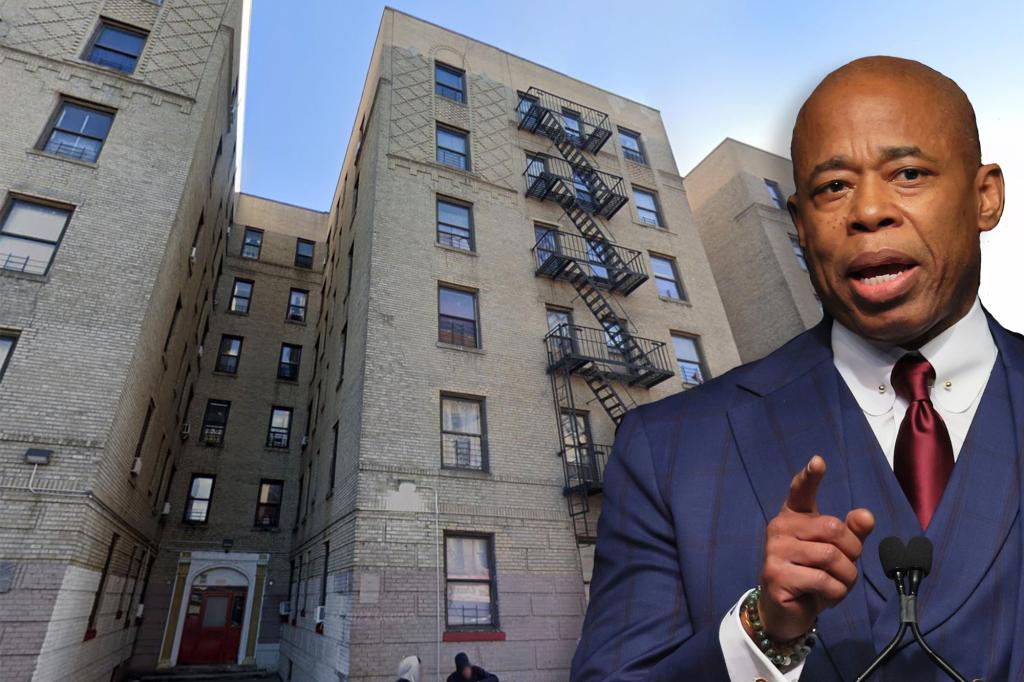 Mayor Eric Adams is taking on one of NYC’s most notorious landlords.

Pegged as one of the “worst landlords in New York City,” Moshe “Morris” Piller is heading to court with over 1,900 building violations across 927 apartments — which averages two lawsuits per unit — to face a lawsuit brought by the mayor.

Ranked 28 on the this years watchlist for worst landlords, Piller has been the subject of negative media coverage for the past decade.

In 2010, The Post reported that Piller evicted a 92-year-old Holocaust survivor, Eta Eckstein, after she returned from an 18-month rehabilitation program from hip surgery. Eckstein had been waiting for repairs to be made at her Bensonhurst apartment so that she could go home. Eckstein’s grandson, Idan Eckstein, had previously told The Post the unit was “not livable.”

In 2014, Piller allegedly left a disabled woman imprisoned in her own apartment ​by refusing to give her a key to a wheelchair-accessible entrance. The elderly woman – who had Alzheimer’s at the time, had suffered a stroke and was only able to leave her Bay Parkway building in Bay Ridge on a handful of occasions in two years.

In 2016, an investigation was launched into Piller when two baby sisters were killed after a faulty radiator turned their Bronx apartment into a “steam room.”

“The time of landlords openly flouting the law and harassing tenants is over. This lawsuit sends a clear message that those who break the law will pay,” Adams, 61, said in a press release. “For years, Moshe Piller has ignored his responsibilities as a landlord and racked up more than 1,900 violations — landing him a spot as one of the city’s ‘worst landlords.’ While Piller made millions in profits, his tenants paid the price. Our administration won’t allow people to willfully endanger the safety and well-being of their tenants.”

According to the complaint, which was filed in the New York State court on Friday, it states Piller has “failed to correct many of the violations found by the issuing agencies, or have failed to correct the underlying conditions, leading to repeated issuance of violations. For many of these violations, months and even years have elapsed without the Defendants establishing compliance as required.

“The defendants have allowed their buildings to deteriorate to the point where they pose an imminent threat to the health and safety of the tenants and the public,” the suit continues.

The lawsuit will target 15 of Piller’s properties, including buildings in The Bronx, Upper Manhattan and Brooklyn. It’s unclear exactly how many buildings he owns across the city.

“It is time for Moshe Piller to finally see real consequences for harassing tenants and forcing us to live in dangerous conditions,” Altagrace Aime, tenant leader of the Flatbush Tenant Coalition, said in a statement. “Right now, we have a roof that leaks whenever it rains. He’s endangered peoples’ lives right here in Brooklyn and in The Bronx.”