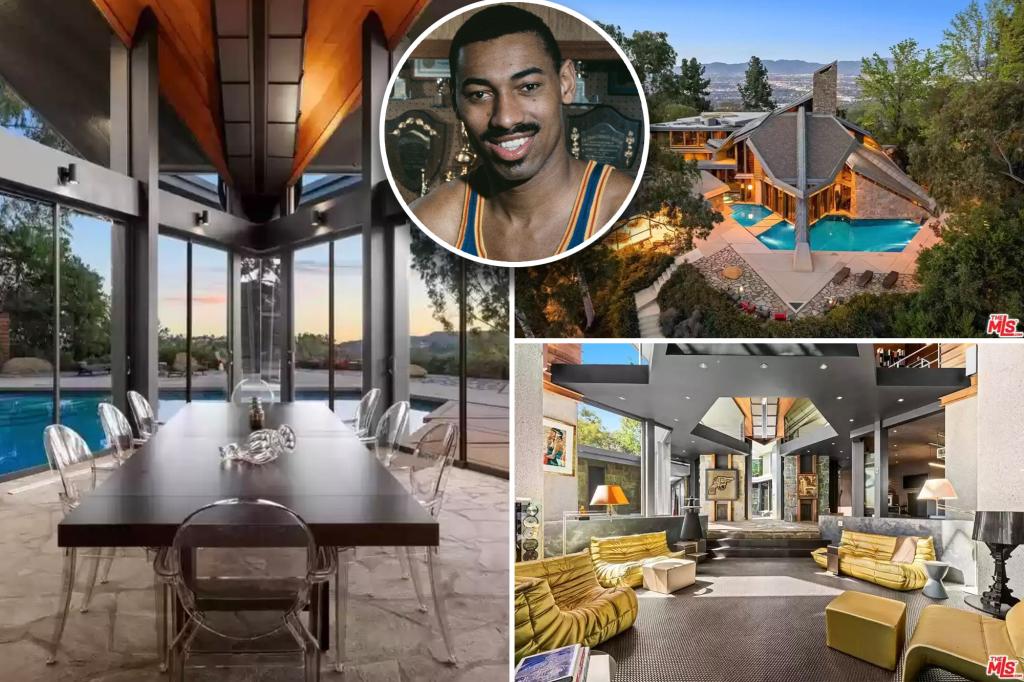 Late NBA hall of famer Wilt Chamberlain’s former Bel-Air, Calif., palatial residence has hit the market for $14.9 million. The 7-foot-1 center — regarded as one of the greatest basketball players of all time and, by his own account, perhaps the most prolific love-maker in modern history — had the 9,300-plus-square-foot mansion built in 1971.

“Being a man of seven-feet in stature, it’s sort of hard to go into most houses without having to duck and hit your head,” said Chamberlain of the house in a 1972 interview. “But I have friends, you know, of all ranges of size and it was important to me that they felt comfortable in my house, and also of course I definitely want to feel comfortable.”

Chamberlain died in 1999; the home was last sold for $6.5 million in 2008 to its current owner, according to Realtor.com. Located on a 2.5-acre property, the home was extensively renovated from 2008 to 2013 but certainly still qualifies as an epic bachelor pad, if only because of its creator’s claim to have slept with 20,000 different women.

“The rich character and history of this residence remains unrivaled,” the listing says.

The Antelo Place address boasts a five-story living room with cathedral ceilings — and sweeping ocean, city and valley views. An immense swimming pool wraps around the home and gives the “impression that it is floating in a lake,” the listing adds.

Modern touches from the renovation include the addition of a billiards room, a gym, a redwood sauna and an outdoor kitchen. There is also a home theater, a cabana, two fireplaces and seven parking spots.

“The design throughout the house represents so many aspects of Wilt’s life,” listing agent Zac Mostame told The Post. “The eagle sculpture attached to his fireplace in the living area was made from an old car and represents freedom.”

Some original details, however, have been removed, including a button panel, which allowed Chamberlain to open the primary bedroom roof from bed.

“A portion of the roof slides back and you’re able to see some fresh air which seems like a gas and it really is,” said Chamberlain of the feature. “You know, it seems like the things that are really free are the ones that you really appreciate the most.”