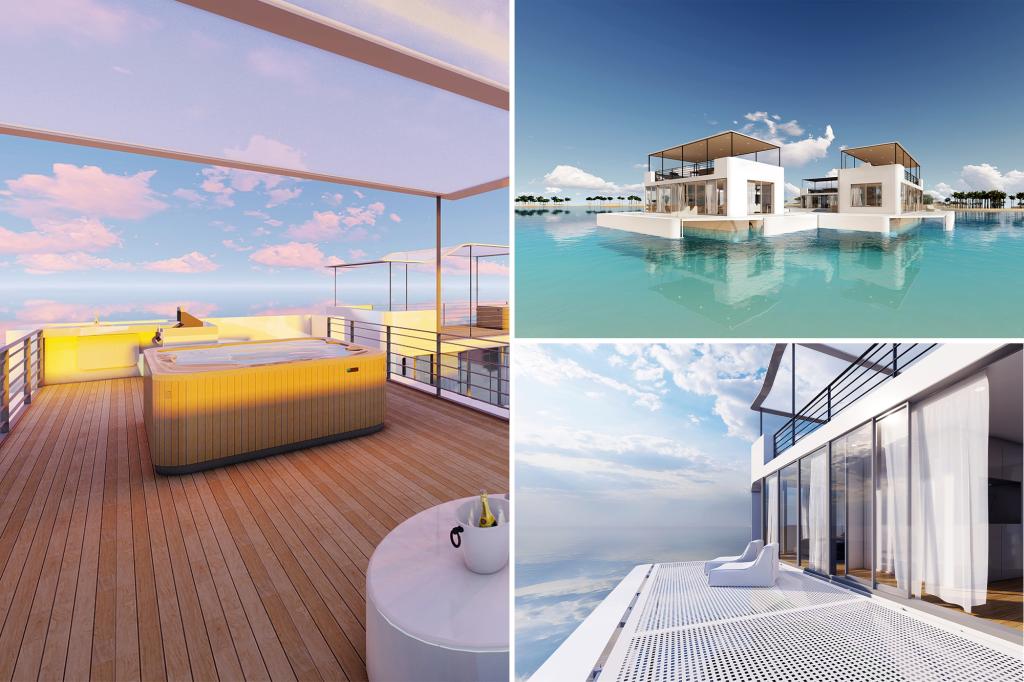 It would be in Miami…

The “world’s first floating, members’-only social club” is preparing to launch later this year in Miami before expanding to New York, Los Angeles, Paris, Istanbul and beyond, announced a press release for the “Soho House-style” organization, ArkHAUS.

To create the headquarters for the “entirely revolutionary concept positioned to redefine the members’ club of yesteryear,” ArkHAUS’ creators are not just rejecting landlubbing real estate, but constructing a square-shaped yacht flotilla out of four floating mansions.

ArkHAUS’ co-founders Sam Payrovi and Nathalie Paiva were inspired to start the club by the sustainable house boat series Arkup (the house-or-boat status of which is currently the subject of a lawsuit) and a running gag.

“I used to joke around with Nathalie that one day we’re going to put a private membership club on a yacht,” Payrovi, 44 — who established Manhattan event venue CSTM HAUS with Paiva in 2019 — told The Post of the high seas clique concept’s origins. “I’ve always had a real [love] for solar and electric boats, Teslas … when we saw Arkup we said ‘this is the jam right here.’”

In terms of celebrity endorsements, the pair have former NFL player Johnathan Cyprien, “The Bachelorette” winner Dale Moss and actress Daniella Monet on board.

“We’re interested in curating a really tight network that is not anonymous,” said Paiva, 39, explaining that those 360 memberships only constitute 50 percent of their buoyant society’s capacity but they’re keeping the initial headcount down “so this experience doesn’t feel like a nightclub on a boat. That’s not what we’re shooting for.”

No, ArkHAUS (which has so far raised over $400,000 in investment) “will be the perfect amalgamation of serenity, excitement, aesthetics and exclusivity,” said Payrovi. “We think of ArkHAUS as a lifestyle club for the world of disruptors.” It will have a “totally out of the box” level of “nuance” — as well as four solar-electric multi-story vessel villas with a naturally-formed pool of roughly four-foot-deep baywater in the middle of it.

The yachts can also disconnect so members can, for example, take one out for a sunset sail birthday party.  And when ArkHAUS comes to New York (a not-yet-set date, but they’re aiming for early 2024) the plan is to disconnect the boats during the coldest months, “run them down the coast, ride out the winter in the Carolinas, then do a pop-up tour back up” before reconnecting them. During the summer, they’ll send two of the yachts out east to the Hamptons.