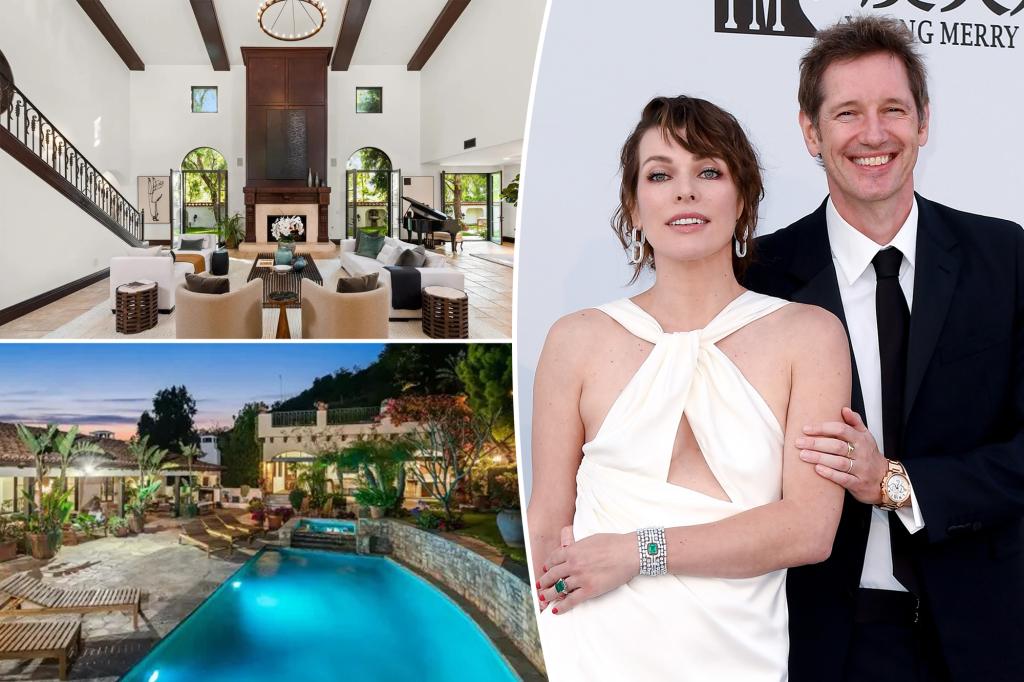 There’s well more than five elements of good design in this mansion.

“Resident Evil” and “Fifth Element” actress Milla Jovovich, 46, and her husband, director Paul W.S. Anderson, 57, have put their Los Angeles mansion on the market for $14 million.

While the pair say they adored the seven-bedroom, 11-bathroom property where they were married in 2009, they’re ready for their next real estate adventure: Turning the over $10 million Hollywood Hills fixer-upper they bought last year into a modern “sci-fi dream house” inspired by their work, according to the Wall Street Journal.

“We were itching to build a house from scratch,” Jovovich told the publication.

Their currently listed home in the Beverly Hills Post Office area is distinctly not futuristic and emanates a distinctly of-this-world decadence.

“We fell in love with the idea of owning our own Tuscan village — a compound on sprawling, beautiful land,” Jovovich said of her and Anderson’s inspiration to buy the approximately 11,000-square-foot home, which was built in 2006, for $8.5 million in 2007. “It is the next best thing to being in Tuscany.”

Located on slightly over half an acre of land at the end of a “long private drive,” the estate features — in addition to the main house — a two-bedroom guest house, pool, gym, cabana and home theater, according to the listing.

“The property is magical. It’s totally hidden from the street, and is a private sanctuary of hidden gardens, wandering paths and beautiful terraces,” listing agent Jacob Greene told The Post, adding that the property is “reminiscent of a resort in Santa Barbara.”

The kitchen has an island, breakfast area and is the best “ in the world if you love to cook and hang out with your family” said Jovovich. “That is where the main hub of the house was. I would cook and everyone would sit around the counter.”