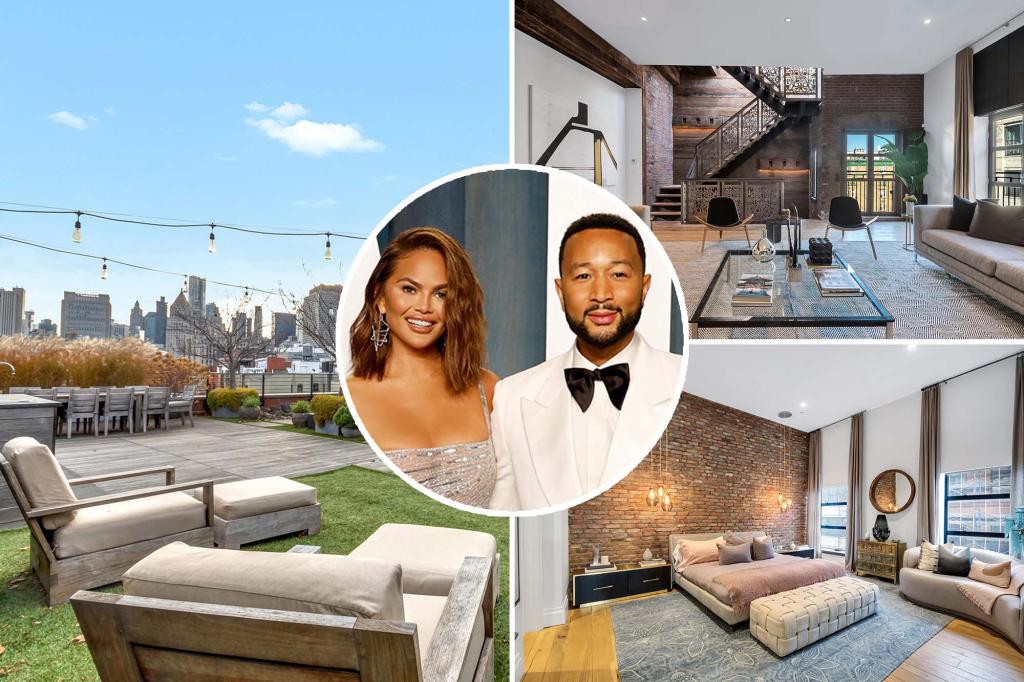 Chrissy Teigen, who just posted a nude bathroom selfie on social media, has found a buyer for the Nolita penthouses she owns with her husband John Legend, Gimme has learned.

The paired penthouses at 374 Broome St. are now in contract after first hitting the market for $18 million last January. The homes are in the turn-of-the-century Brewster Carriage House, a nine-unit boutique condo conversion.

The couple bought the first penthouse unit for $9 million in 2018 and the second in 2020 for $7.7 million, according to property records.

Although Legend and Teigen planned to combine the units to create a dream pad, they never did. The new buyers, who prefer to remain anonymous, also plan on keeping the units separate — for now, sources told Gimme.

Like Jonah Hill and other celebs, the power couple are selling because they are spending more time on the West Coast. In Los Angeles, they own a Beverly Hills mansion that they bought for $17.5 million in 2020.

It’s part of their real estate portfolio worth around $57 million.

When combined, the Nolita units will boast 6,100 square feet plus more than 3,300 square feet of outdoor space on a rooftop terrace.

The residences come with a private elevator that opens to a great room boasting 12-foot ceilings and a gas fireplace.

There’s also a chef’s kitchen, a wine cellar, heated floors in the bathrooms, a giant 133-inch projector screen and smart wiring including a Legend-worthy sound system.