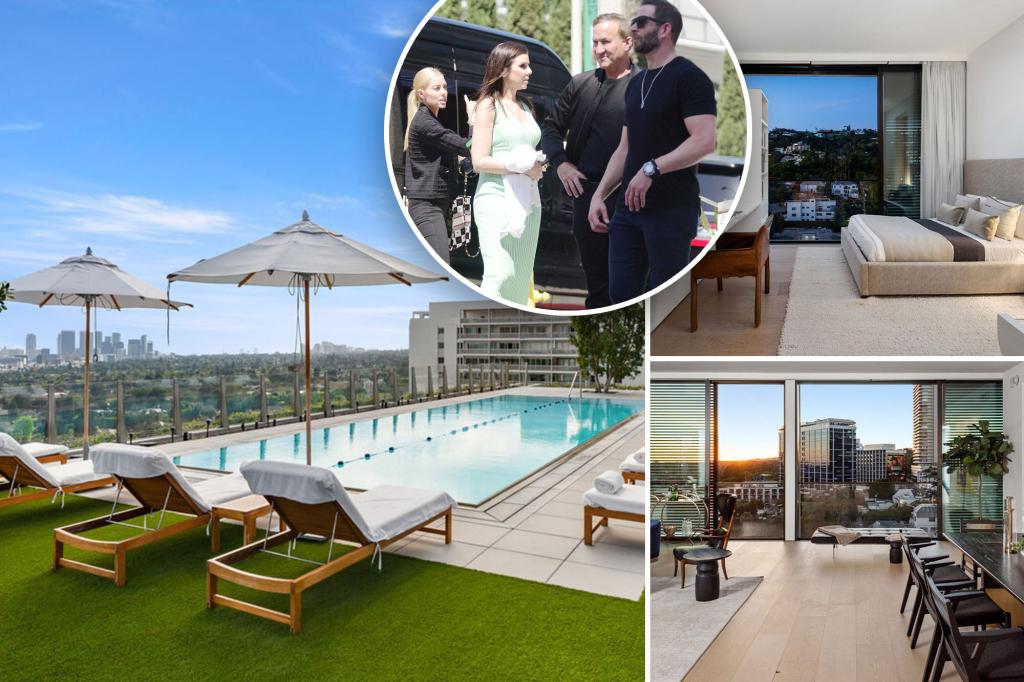 A source told The Post that the Dubrows are looking to purchase an investment property in the Los Angeles neighborhood.

“They got along so well with the real estate brokers that they grabbed a drink at the Beverly Hills Hotel after the showings,” the insider revealed.

In total, Heather and Tarek showed three condos in the $12 million range.

The first unit they toured at 1 p.m. took place at the luxury building known as 8899 Beverly. The building is newly constructed and designed by esteemed Olson Kundig Architects.

At 2 p.m., the newlywed couple then showed the Dubrows a three-bedroom, three and a half bathroom unit in the luxe building Edition Residences.

Photos of the unit show an open floor concept plan. Spanning over 3,400 square feet, the residence was customized by the owner.

“Designed by John Pawson, this rarely available 01 stack is one of the most coveted locations in the building and has views of the City, the Hollywood Hills, Beverly Hills and beyond,” the listing states.

The final condo they toured took place at 2:30 p.m. at the Pendry Residences.

Owned by Montage Hotels & Resorts, the building features a collection of 40 luxury residences adjacent to their hotel.

The building was designed by acclaimed EYRC architects with interior design by Martin Brudnizki.

Dubrow, 63, has hosted the popular plastic surgery show “Botched” since 2014 and is a co-producer. He also narrates “License to Kill” on Oxygen. Meanwhile, his wife, Heather, joined “the Real Housewives of Orange County” in Season 7 and left the series after Season 11. She is set to rejoin the show for its sixteenth season.

The two have been married since 1999 and share four children.

How the housing market could be shifting to favor buyers in 2022 | JUST THE FAQS
Flipping houses! Check this deal out! #shorts #youtubeshorts #flippinghouses
Rough In Roundup: How Much Does it Cost to Flip a House?
Realtors are BROKE and Quitting in Record Numbers (Housing Market)
Investors’ home purchases drop 30% as price increases slow down