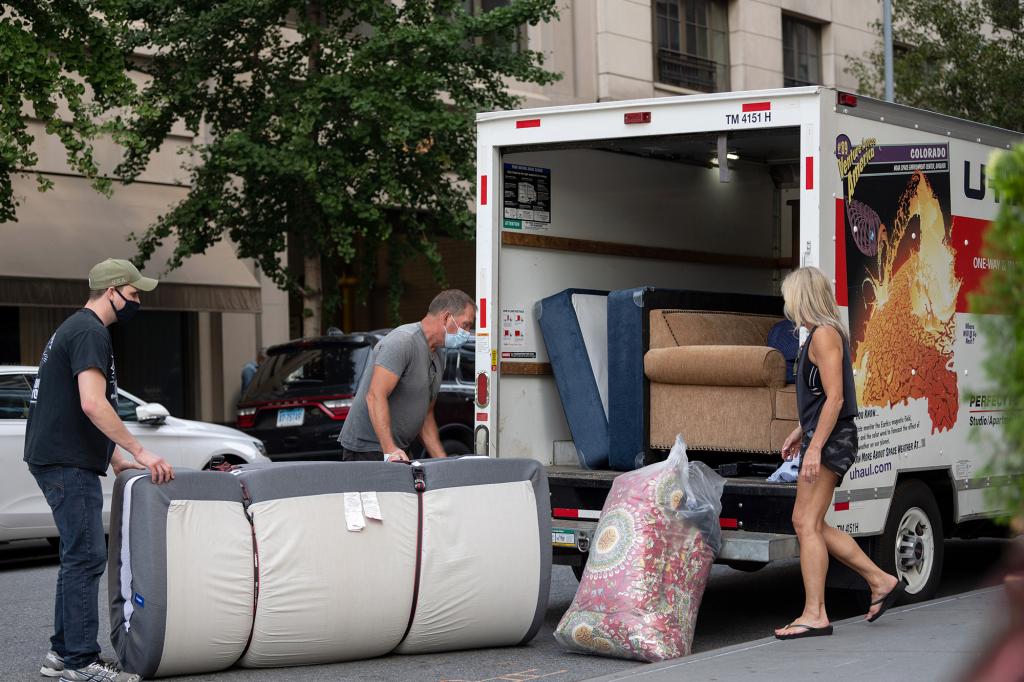 Once again, the rent is too damn high.

For many city denizens who weathered the pandemic in the boroughs, new record high rents and bidding wars have proved the final straw. Instead of renewing their leases, they’ve moving to more affordable areas.

As if renters needed more proof it’s currently a landlord’s market, he added that the situation is “not a concern since we are easily able to attract new residents at these higher rates.”

While many New Yorkers are being pushed by high prices to finally call it quits on the city, Equity Residential is having a ball with the current real estate market. The Manhattan, Brooklyn and New Jersey-based company’s net-effective rent hike on leases renewed this quarter was 21%, far more than the 14.5% increase it saw on leases last quarter.

The hikes some renters have reported this year are indeed obscene.

“It should be illegal,” New York residential agent Brett Allen told The Post in February of some of the rent increases he’s seen in the boroughs recently. “It’s horrible. I’m seeing a lot of people being turned out of their homes, people who paid rent on time with perfect credit scores.”

In the West Village, three-year city resident Anne Kennedy had planned on renewing the lease on her $2,696-per-month studio until she learned her landlord planned to increase her rent by 46.5% to a whopping $3,950.

“It’s actually comical,” she said, adding it’s also“definitely heartbreaking because I won’t be able to live with one of my best friends in the building anymore.”

It’s certainly a stark contrast to the deals many renters enjoyed over the course of the pandemic. The beginning of 2022 saw the “biggest rent increase since before the pandemic began,” roommate search platform SpareRoom wrote in a recent report. “Every NYC borough saw a jump in rents over the last year, with Manhattan leading the way with increases of 15%, followed by Brooklyn up 13%.”

“New York saw rents hit hard over the course of the pandemic, but, as the city starts to recover, so does the rental market,” SpareRoom director Matt Hutchinson said. “Roommates who welcomed the downturn in rents certainly won’t be celebrating now, as they start to climb fast. With the vast majority already worried about the rising cost of living, the prospect of rents hitting new all-time highs, which is certainly a possibility over the summer months, could cause real issues for an already over-stretched generation.”