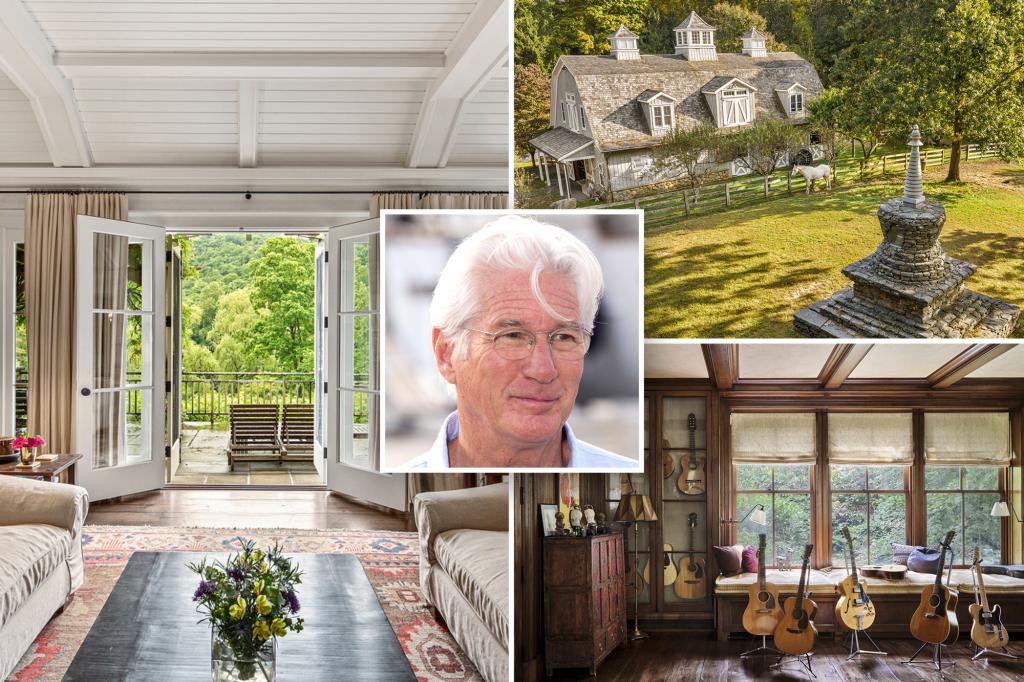 The leading man has scored a buyer to his 50-acre upstate New York property seven months after it first hit the market.

Initially listing the Pound Ridge estate for $28 million in October, the home went into contract on Wednesday, according to Mansion Global.

“One of the great American family compounds one hour to New York City,” the previous listing stated. “This magical country compound, expertly meshed into the landscape, comprises nearly 50 acres all buffered from the outside world by over 4,300 acres of protected land to create a peaceful and playful refuge with natural beauty at its core.”

Amenities include a private lake with a sandy beach and an island to row out to, rolling hills for horseback riding, a hidden soccer field surrounded by weeping willow trees and gardens.

The main residence has eight bedrooms and 11 bathrooms, spanning over 11,600 square feet.

The move to sell the Pound Ridge residence Gere called home for 35 years comes after he purchased a $10 million, seven-bedroom estate in North Salem in January.

Gere snagged himself a deal, as it listed for $12.8 million.

After buying the property, he dropped another $700,000 on a vacant neighboring parcel, which expanded the property to 35 acres.

The location is a bit farther from Manhattan — about an hour and half.

The actor, who was also once married to supermodel Cindy Crawford also has a 21-year old son, Homer, from ex-wife Carey Lowell.

Housing Market CRASH MAP (25% Declines)
Why Charles must now pay rent to Prince William since becoming king
Putin issues DEVASTATING warning to NATO if they even try it | Redacted with Clayton Morris
Should I buy real estate in my LLC or business name or land trust
Jobs, home prices and market volatility are among clients’ big concerns right now, advisors say