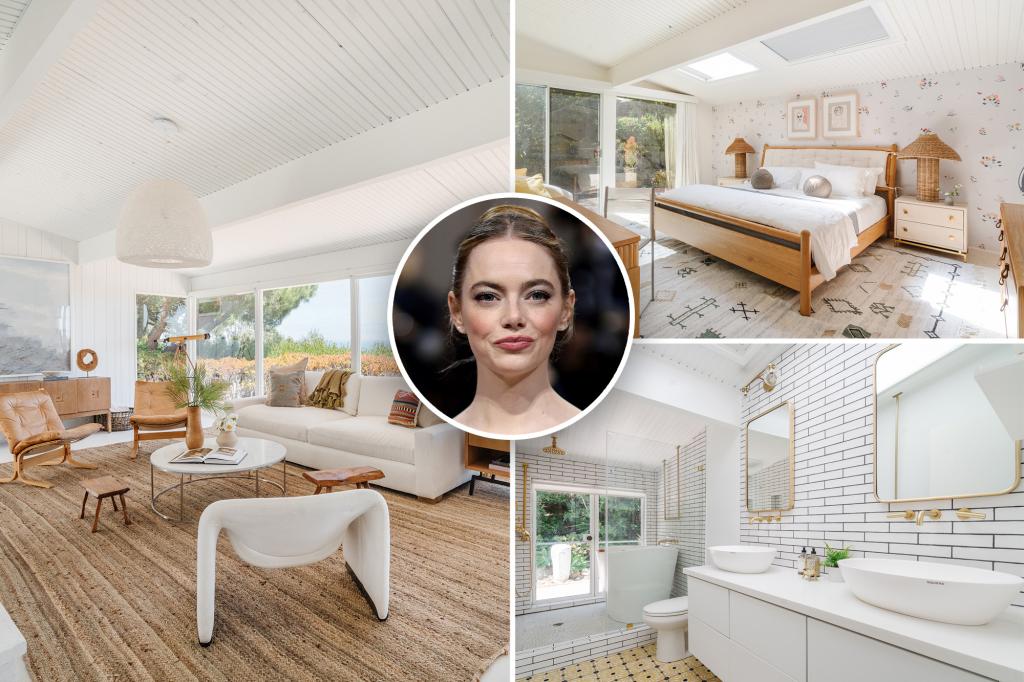 Life’s a beach, especially if you can pay the price to live in Emma Stone‘s Malibu manse.

Stone — an Academy Award-winning actress known for her roles in “Superbad,” “The Help” and “La La Land,” the latter of which secured her Oscar win — is listing her blufftop home in that celeb-approved coastal city for $4.29 million, the Wall Street Journal reported.

The 33-year-old Arizona native purchased the one-story ranch home that looks out to the Pacific Ocean for $3.25 million in 2018, the Journal noted.

The three-bedroom, roughly 1,800-square-foot spread sits on some 3.2 acres. Most rooms look out to the ocean and Stone recently remodeled the eat-in kitchen — whose details include painted brick, a skylight above the sink and glossy cabinetry.

Other listing images of the chic midcentury crib show a cozy living area with a wall of floor-to-ceiling windows, beamed ceilings and a fireplace. Meanwhile, a bathroom with mod tiling along the walls has a rain shower right next to a deep soaking tub.

Outside, eucalyptus and yucca trees surround the home — and there’s also a brick patio that looks out to the coastline.

It isn’t clear why Stone is looking to sell, but the Journal added she also owns a home in Los Angeles, one in New York City and another in Austin, Texas.

Eric Lavey, of Sotheby’s International Realty, has the listing.