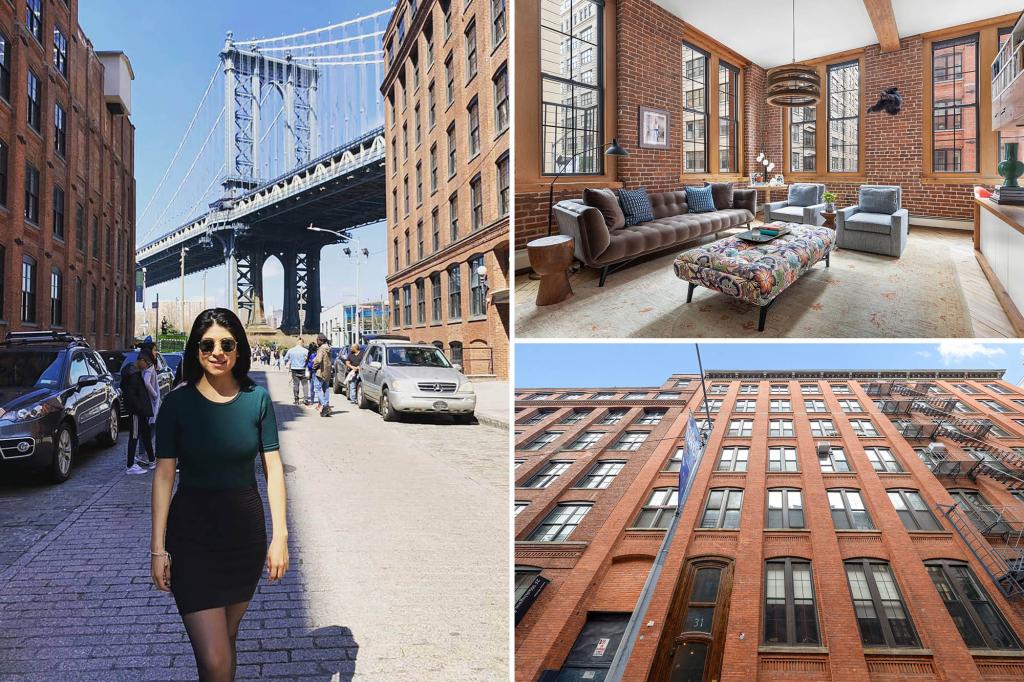 A two-bedroom, 1.5-bathroom loft located on the “most Instagrammable street in Brooklyn” has hit the market for $2.6 million.

Unit 3 at 31 Washington St. has been pegged as a “classic Dumbo loft” with “timeless quality that feels uniquely old school New York,” with features that include exposed brick, large timber beams and columns, large windows and soaring 12-foot ceilings.

Completed with a chef’s kitchen, expansive living rooms with built-in bookshelves and two built-in desks, the residence is situated right on the waterfront — on the corner of Washington and Water streets in the trendy neighborhood. And the signature street view is a portal into New York City’s past.

Framed by two historic red-brick buildings that have been mostly unchanged since 1909, the view famously shows a distance shot of the Empire State Building through a support arch under the Manhattan Bridge.

The cobblestoned street, plus that view portal, attracts swarms of visitors and influencers from around the world annually for that perfect Instagram shot.

“One of Brooklyn’s most iconic views greets you every day at the entrance to this sprawling, second story authentic Dumbo loft located inside an elevator building less a half block from the lush greenery of Main Street Park, Brooklyn Bridge Park and the Dumbo waterfront,” the listing adds.

A combined pantry and laundry room are discreetly tucked behind a classic and distinctive barn door.

31 Washington St. was originally built as the Tubal Cain Iron Works factory in the late 1800’s. Converted into condos in 2001, the building features 13 unique residences.