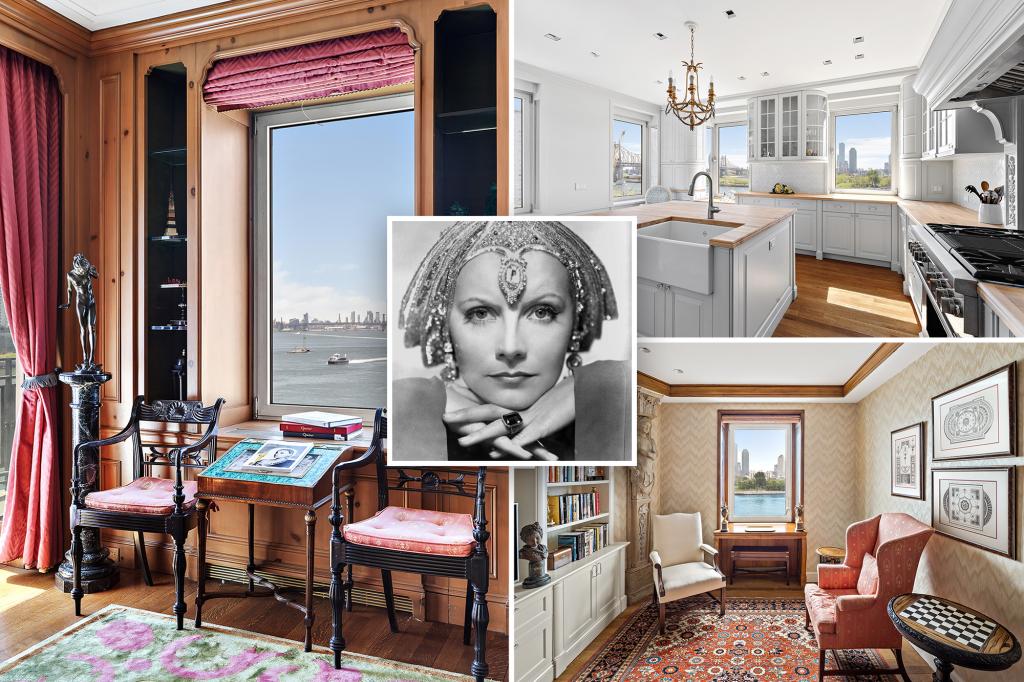 You can now live in the grand home that a star of “Grand Hotel” once called her own.

That asking price, though nothing to sniff at, could mean a loss for the unit’s current owners if it sells for that amount. But perhaps history can repeat itself. The residence last sold in late 2017 for $8.5 million, according to city finance records — 43% more than the $5.95 million it asked for sale. At the time, the home’s ties to Garbo, who bought it in 1954 and used it as her primary residence in the decades that followed, prompted a bidding war that drove up the price.

The sellers are listed in public sales records as John and Marjorie McGraw; the former appears to be the former chairman of the publishing company McGraw Hill. Moreover, they also appear to be fans of Garbo — who hailed from Sweden — and seemingly chose to keep her legacy going by keeping certain items that show her tasteful décor.

The home last listed with a number of her furnishings and works of art intact — and when it sold, reports at the time said the owners didn’t plan on gutting the space. The reports also said that Garbo’s belongings were not included in the sale. Garbo’s great-nephew, Craig Reisfield — whose late mother, Gray, inherited the apartment after Garbo passed away (his parents resided there until 2012) — told the Wall Street Journal that the buyers displayed “a reverence for my great aunt,” adding “I think they’re going to be great stewards.”

But it appears the McGraws kept certain items and installations following the purchase, as the new listing images show immediate similarities with those of the previous. For instance, the master bedroom’s walls and headboard still come clad in Garbo’s favorite pink Fortuny silk, and another bedroom still has a pink- and green-accented V’Soske rug that she reportedly designed herself. Other features, such as wooden wall panels and built-in shelves, still adorn the dwelling.

Something else that remains: the front-seat views of the East River through large windows.

“The passing boats reminded her of her beloved, native Stockholm,” the listing says.

The kitchen comes newly renovated; it includes a new Miele side-by-side refrigerator/freezer. Just off the kitchen stands a formal dining room. The living room, which was Garbo’s favorite space, has a gas fireplace. A balcony even stands on the other side of French doors. Meanwhile, a study with an ensuite bathroom can be used as a third bedroom.

Will Kerr and Woody Kerr, of Corcoran, share the listing with Brian K. Lewis, of Compass, in a co-exclusive.

How Real Estate Investors Can Earn More Money In Investment And Why? Business Mindset Real Estate?
Let’s Talk about Buying in Aruba/ The process of real estate / Aruba/ Aileen kelly/ Cheesplatter
Sales of existing homes fell in May, and more declines are expected
How Joel Made a Million Dollars with Freedom Mentor Phil Pustejovsky
Buying A Rental Property|Baltimore MD 2021