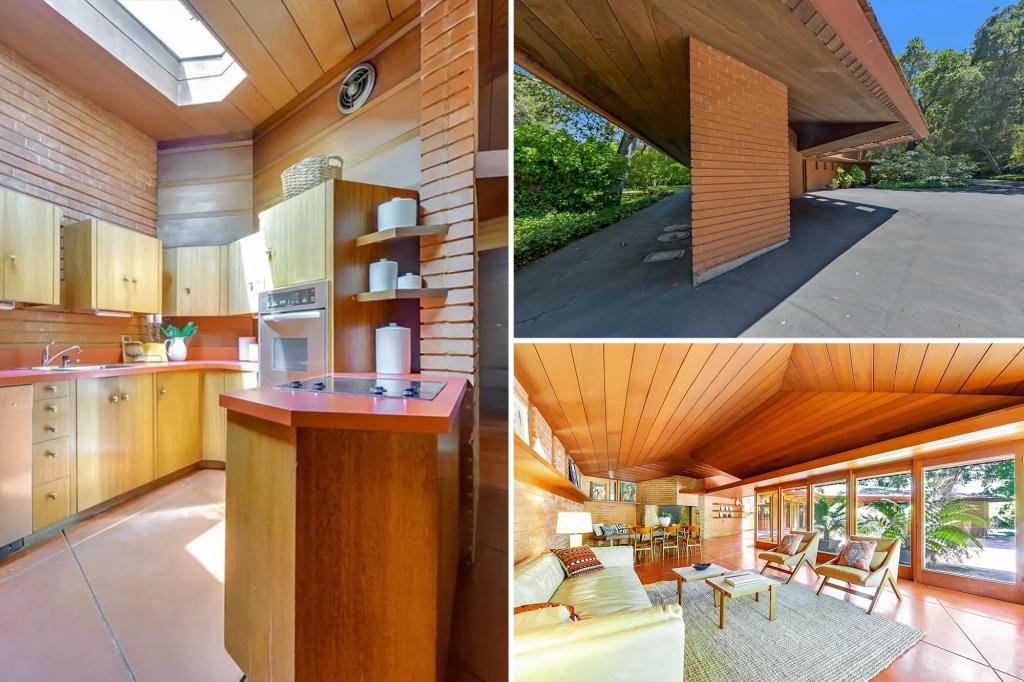 This crib comes with some serious bragging rights.

A rare home in California built by one of America’s most well-known architects — and a home that has had only two owners — is now available for sale, asking $8 million.

“Designed by the world-renowned architect, Frank Lloyd Wright, this all-original Usonian style home sits tucked away on a quiet Atherton street,” the listing says of the single-family house, which is located in the tony town of Atherton, in San Mateo County. The area consistently ranks among America’s priciest ZIP codes and has a population last recorded as less than 10,000.

“Traditional of Wright’s designs, the brick structure has a diamond shape layout with two parallel wings that are connected at an angle by the kitchen and dining area,” the listing continues of the 1,940-square-foot, three-bedroom, two-bathroom property.

Inside, details include Philippine mahogany walls, original built-in shelving, and a dining and living area defined by a large brick fireplace. Walls of glass overlook the terrace and the landscaped, private grounds full of “mature whimsical oak trees.”

The property — one of just 1,000 Wright produced in his lifetime — was completed 70 years ago, in 1952, and named for its first owner, Arthur Mathews, Dirt reported. The “living piece of history,” as the listing describes it, has only sold once since Mathews inhabited it. In 1969, the husband and wife Dr. Harold Sox and Betty Porter Sox purchased it for $75,000, or about $616,000 in today’s figures.

The home comes with not one, but two legacies — although it’s missing one of Wright’s trademark features: the custom furniture he was known to design to pair with some of his higher-end commissioned houses. The Atherton does, however, include its vintage Danish modern furniture in the sale.

Monique Anton, of Modern Homes Realty, has the listing.

You can live in this former Cold War missile silo for $550K
Mortgage demand stalls again, even as interest rates swing briefly lower
Residents of Billionaires’ Row co-op told to pony up $280M or get lost
This is what Putin REALLY wants, pay attention | Redacted with Clayton Morris
Something INSANE is Happening in the Housing Market