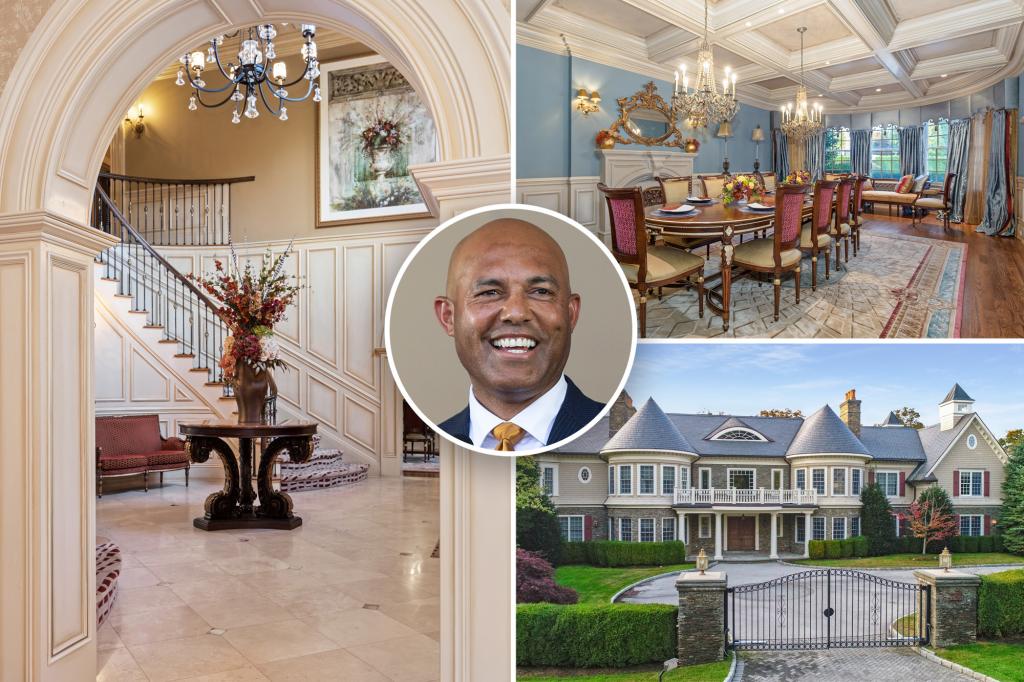 Veteran Yankees pitcher Mariano Rivera was seemingly so desperate to sell his New York home in the Westchester County suburbs that he offloaded it for $2 million less than what he paid for it in 2006.

Property records show that Rivera, 52, purchased the nine-bedroom, 8.5-bathroom estate for $5.7 million with his wife, Clara, at that time. But he finalized the sale of his home on June 9, with a $3.78 million closing price. Initially, the Riveras listed the property at an already significant discount: $4 million.

It is unclear why the baseball icon was willing to take a significant loss from the start. The Post has reached out for comment.

But according to the Wall Street Journal, which was first to report on the transaction, the Riveras took into consideration the fact that they were the first to move into the home when they purchased it from a developer at the height of the mid-2000s boom. While prices in the neighborhood have increased since the pandemic, they remain flat compared with 2006, according the agents on the listing.

Meanwhile, the Journal reported that the Riveras are downsizing to a smaller residence nearby — since their children are now grown up.

The home’s new owner had previously been renting the property over the past year for roughly $19,000 a month.

The sale came as the new owner had to make a decision as to whether to leave the home amid another offer from another potential buyer — or buy the property for themselves.

“We had a strong bid from a potential buyer, so the tenant had to make a decision,” real estate agent Heather Harrison, of Compass, told the Journal.

Grapstein told the Journal that the Riveras made the move in hopes they could take advantage of the strong market in the New York City suburbs.

But they leave behind over 25 years of memories.

Located in Rye, the property is situated on over an acre of land with “resort-like” grounds, according the previous listing.

Features include a formal living room room and dining room, a butler’s pantry and an eat-in kitchen with a breakfast space. Meanwhile, the family room comes with a parlor bar, and there is a separate home office.

Amenities include a pool, a gym, a home theater and a game room. Additionally, the listing noted there was an attic space that could make for a “cool clubhouse.”

After a 19-year career with the Yankees, Rivera, who mostly played relief pitcher, retired in 2013.

He was inducted into the Baseball Hall of Fame as part of its class of 2019 during his first year of eligibility. Rivera was also the first player ever to be elected unanimously by the Baseball Writers’ Association of America.