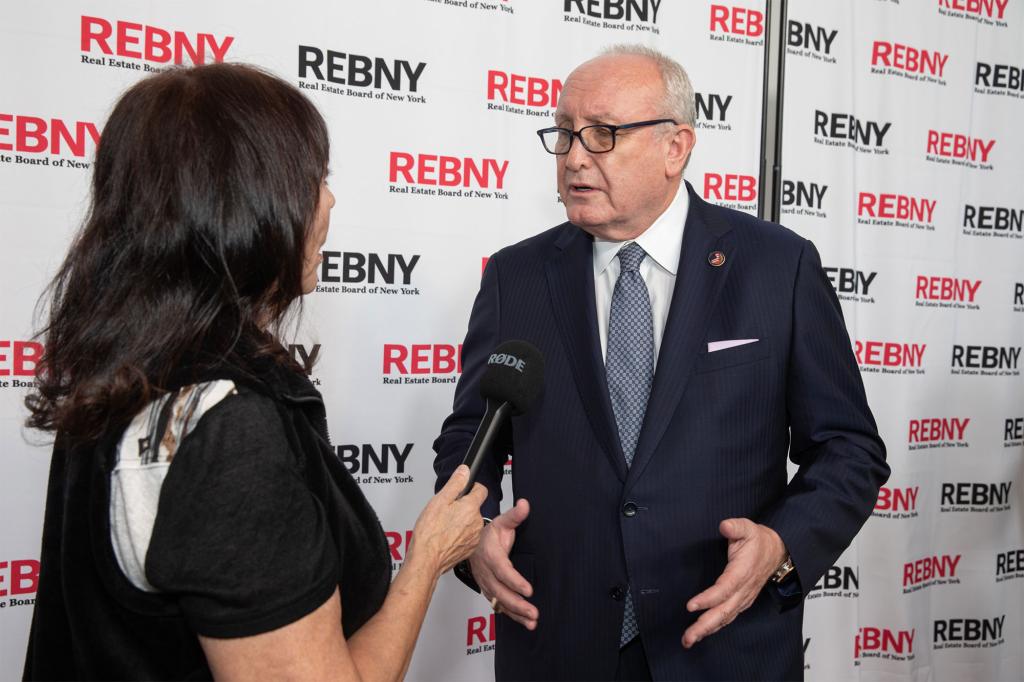 Rumors can be made of flimsy stuff. But they take on added attention when so little verifiable, large-scale activity is taking place in the commercial office market these early summer days.

One tale that has tantalized the commercial brokerage world for months is that Cushman & Wakefield and Newmark, the city’s Nos. 2 and 3 brokerages by leasing and sales volume behind leader CBRE, plan to merge. It was part of the buzz at the Real Estate Board of New York’s glittering gala gathering at the Glasshouse event space on Thursday night.

One insider at the bash told us, “I think that cratered a long time ago.” But another said in a near-whisper, “It did fall apart but now it’s on again.”

A Cushman rep declined to speak on the record but referred us to a nearly two-year-old Bloomberg report that Newmark had rebuffed a “takeover” in 2020. No one from Newmark got back to us.

The merger chatter gained added currency with an inside tip to Realty Check that Cushman & Wakefield, which is now based at Vornado’s 1290 Sixth Ave., secretly signed a lease to move its offices to 220,000 square feet at Brookfield’s 660 Fifth Avenue.

According to this intriguing but unconfirmed tale, the lease is under wraps pending the outcome of the Cushman-Newmark merger discussions. A Brookfield rep acknowledged there were “talks” for a possible lease but denied that a deal was signed. A Cushman rep also denied it. But a lease would be another coup for 660 Fifth where Macquarie Group recently signed for a similar amount of space.

A high-powered Cushman team that includes global brokerage chairman Bruce Mosler happens to be the leasing agent for 660 Fifth, the former 666 Fifth that’s been renamed and redesigned.

A move there would be an expansion for Cushman, which has 180,000 square feet at 1290 Sixth where its lease expires in 2025.  Cushman’s interest in leaving 1290 Sixth when its lease is up was reported by The Real Deal earlier this month.

A Cushman-Newmark merger would likely benefit Newmark most. CBRE, JLL, Cushman and Newmark are the top four-ranked firms internationally, which matters more than their local standings.

Zillow: “Home Prices DROPPING FAST” (in California and 5 Other Housing Markets)
My Favorite Real Estate Strategy
Number of US home listings surge at record rate as market cools
4 Books that can Drastically Improve Your Financial Life
Germany just said the unthinkable about Zelensky and they want answers| Redacted with Clayton Morris