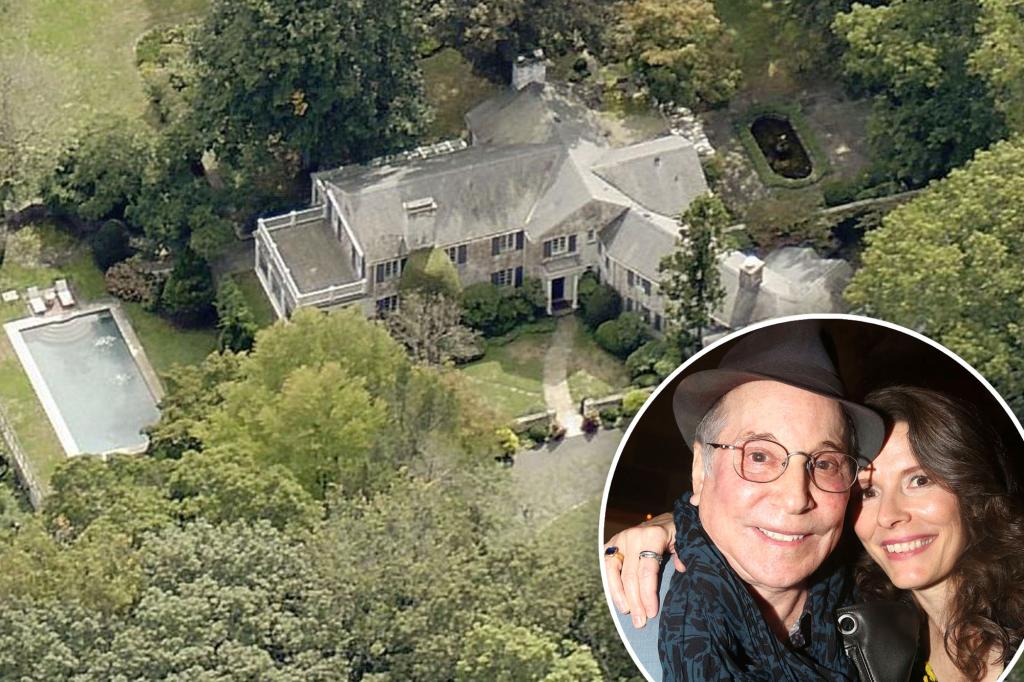 There’s no diamonds on the soles of this sale.

The musical duo purchased the almost 32-acre, 84-year-old property about 20 years ago for $16.5 million — but after more than three years of trying to resell it, only managed to make $10.8 million, Dirt reported.

The musicians first put the Georgian-style estate on the market in 2019 with a price tag of $13.9 million. Not only does the sprawling main house boast six bedrooms, three powder rooms and seven full bathrooms — but the Grammy Award-winning Simon “recorded many of his hit albums here,” Town & Country reported at the time.

Neither Simon’s legacy in the space nor its pond, terraced pool, walled gardens, courtyard or 2,400-square-foot guest cottage with a garage could sell the pad. It only managed to sell three years later and at a $3.1 million discount off the original ask.

In addition to bragging rights regarding its celebrity former owners, the three-story home also comes with a 31-foot-long foyer, a 750-square foot living room and a tile-floored sunroom, according to Dirt. There’s a paneled library, a very large mudroom and an ensuite bath in every bedroom. It was built in 1938 by architect Harold R. Sleeper.

“A separate 3-bedroom cottage offers a quintessential escape to be as creative and self-indulgent or as engaging and social as you wish,” notes an old listing site, which still lists its sale price at $12 million. “This uniquely serene estate has been sensitively maintained to provide the ultimate in peace, privacy, luxury and tranquility and is just 45 miles from NYC.”

Even without their New Canaan house, Simon and Brickell still have three residences between them: An Upper West Side duplex, a Montauk property and a compound just outside Dallas, Dirt reported.

Best Entity For Flipping Real Estate | How to Structure Your Properties
NYC TikTok influencers struggle to rent in the city despite six-figure incomes
The Skinny on Real Estate Investment Clubs
ZILLOW BREAKING: Mortgage Rates FREE FALL
Do Not Buy A House Or Property Until You Look At The Data Nick Gerli Housing Market