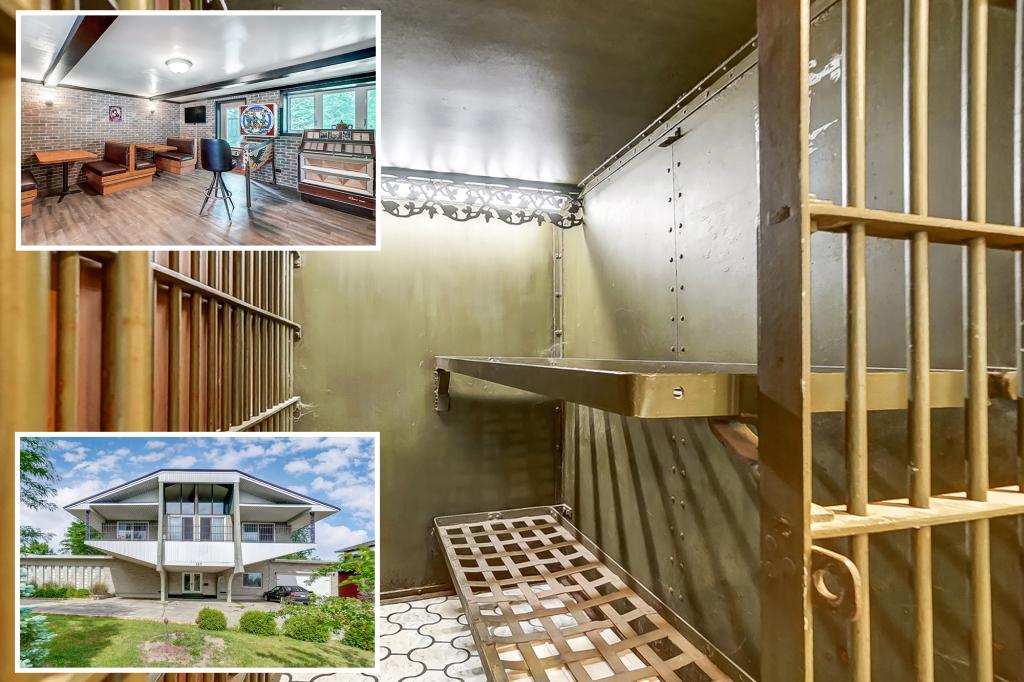 From the outside, 117 N. Brandon Ave. in Celina, Ohio looks like your stereotypical 1970s build. But on the inside, it’s home sweet slammer.

The newly listed house comes with not one, but two jail cells. And now that the house is in contract to sell, The Post has learned, a new owner stands to inherit them.

“In my entire career I’ve never seen anything this crazy,” said listing representative Ryan Stackhouse of Superior Plus Realtors, who was shocked to see the offering trend on TikTok. Since the now-viral jail house was listed, his phone has been ringing nonstop. “We’ve been inundated with requests for showings.”

According to Stackhouse, the pair of repurposed bullpens came from the nearby Allen County Jail, where they once kept the infamous Great Depression-era gangster, John Dillinger. Not familiar with the dimple-chinned Jackrabbit? He’s played by Johnny Depp in the 2009 biographical crime drama, “Public Enemies.”

“The original owner of this home was a big John Dillinger enthusiast, and he was able to purchase these jail cells that Dillinger was allegedly held in,” said Stackhouse. What’s not alleged is that Dillinger was able to break out of the Allen County Jail in 1933, after just a month of imprisonment. Before he was gunned down by the FBI a year later, Dillinger’s gang bragged about robbing 11 banks – killing seven police officers and three federal agents in the process.

Stackhouse has no clue how much the vintage clinkers cost, or how much they’re worth today. But since they were built into the house when it was constructed in 1972, the current owners aren’t taking them. In other words, they’ll have to get new kennels.

“Any time I come by the house the owners stick their dogs in the jail cells because they don’t want them barking or jumping up on me,” added Stackhouse. Before you feel bad for the dogs, just know that these eyesores aren’t in the basement. Situated between the kitchen and the great room, they’re front and center.

According to Stackhouse, he was a local Hugh Hefner and legend has it he had the two-story house built as a party pad. At 6,467 square feet, it pales in comparison to the 22,000-square-foot Playboy Mansion. But it does boast a grotto-style hot tub, a sauna, an indoor swimming pool and a pub/game room complete with booths, pinball and even a jukebox.

Not counting the jail cells which feature built-in, rock-hard metal cots, the house has four bedrooms and four full, attached bathrooms. It also comes with a second kitchen, a two-car garage and a two-story great room with an interior balcony. The current owners – who bought the house in 2018 and planned on overhauling it inside and out – are selling because they want to live in a smaller space that requires less maintenance.

After four years of renos, will they finally get their get-out-of-jail-free card? Even better. Stackhouse says the house is under contract for over-ask. He knows the prospective buyer is from out of state. But he doesn’t know if they plan on using it for dogs, kids, kinks or boozers.

With a pub and a full bar downstairs, whoever moves in is bound to need a drunk tank (or two).