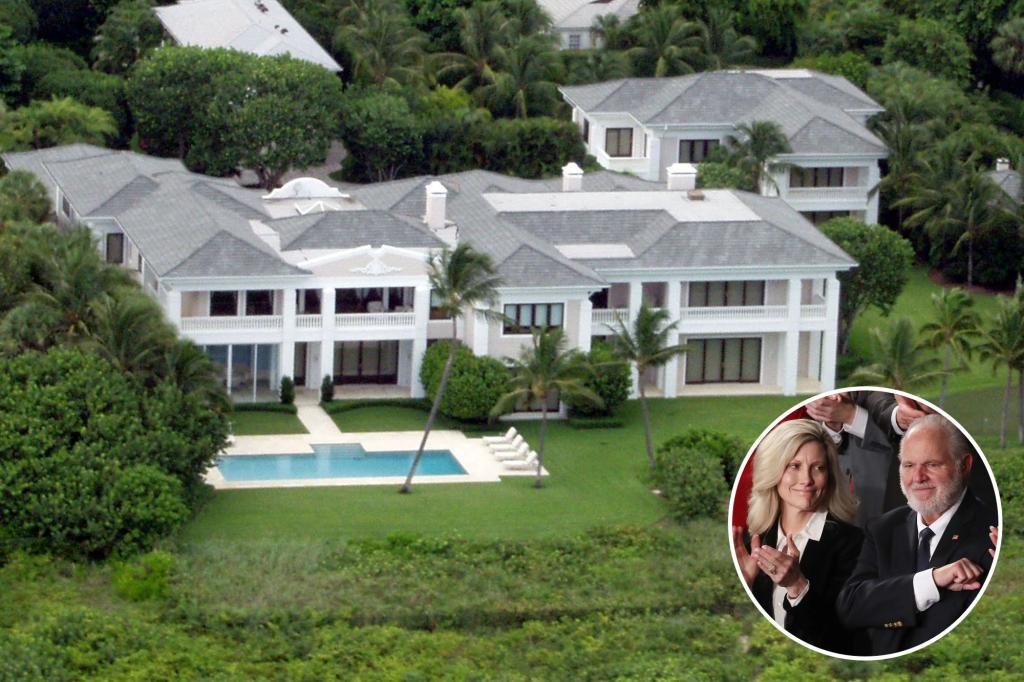 The 2.7-acre waterfront compound, owned by a trust tied to the talk show host’s widow Kathryn Adams, is being quietly shopped for $150 million to $175 million, The Wall Street Journal reported Thursday.

The right-wing media stalwart paid less than $4 million for the estate in 1998, according to the newspaper. He died last year of lung cancer at age 70.

The main house had a salon invoking Versailles and a replica chandelier from Manhattan’s Plaza Hotel, Ze’ev Chafet reportedly wrote in his Limbaugh biography “An Army of One.”

A guest suite was fashioned after the presidential suite in Paris’ Hotel George V and the library was reportedly a scaled-down version of the one at the Biltmore Estate in North Carolina.

Real estate agents said the specificity of the home’s architecture might attract buyers who would tear it down and rebuild, according to the article.

The priciest home ever sold in Florida was for $173 million in nearby Manalapan last month.

Prominent art dealer Rudolf Budja lists colorful Florida estate for $29M
Wild swings in mortgage rates last week caused a rare surge in refinancing
The Housing Crash Will Be Worse Than 2008! Prepare Now!
Number of US home listings surge at record rate as market cools
How Detroit moved on from its legendary bankruptcy