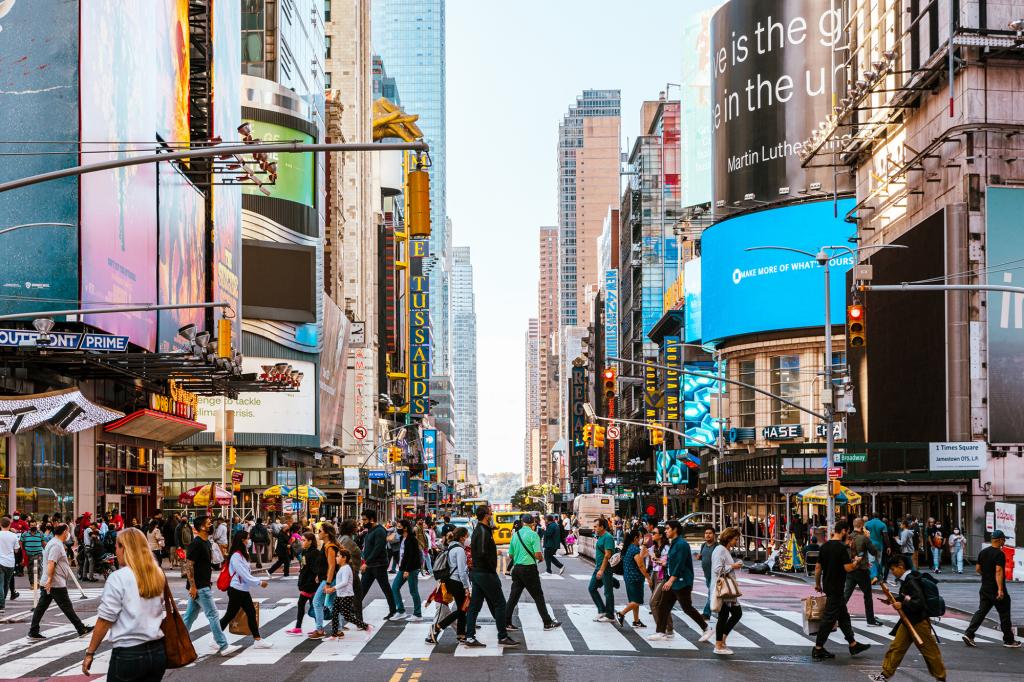 The post-Labor Day jump was a  huge increase over Kastle’s tally of 38% from the previous week – and a quantum leap over the low 20s last winter.

But the news might be even better than that. Although Kastle is widely cited as the oracle of office occupancy, its data are less inclusive than most market-watchers are aware. Because of that, the number of employees back at their desks despite work-from-home and hybrid schedules is probably higher than Kastle’s data suggest.

The sample of buildings where the security provider counts entry swipes doesn’t include many of the city’s largest real estate empires, where tenants include more banks and financial-services firms than the city average. The Wall Street firms have more employees at their desks than tech, creative and media firms.

Given the Kastle Barometer’s visibility – Realty Check has often cited its findings like the rest of the real estate media — it’s hardly unfair to note what the survey leaves out.

Of 40 Manhattan locations with over 34 million square feet owned or managed by the city’s largest commercial landlord, SL Green, Kastle is present at only one recently acquired property.

Empire State Realty Trust doesn’t use Kastle at the Empire State Building or at most of its other large towers. The Durst Organization uses Kastle in nine buildings but not in its two largest, One World Trade Center and One Bryant Park.

Until last week, Kastle’s estimate of New York city office use hovered in the 30%-to low 40%-range. But its latest tally of 46.6% brought it closer to the 49% estimate last week by the Partnership for New York City. The Partnership’s data is based on estimates provided by 160 major employers.

Partnership President Kathryn Wylde, while noting that her organization’s findings “have been only a couple points off from Kastle through the pandemic,” said, “Our membership mix may obviously differ from theirs. We are heavy on financial services, which is more present in the office than technology, for example.”

Despite Kastle’s previous gloomy weekly snapshots, August saw more Manhattan leasing volume than in any month since the pandemic began. The boom spilled into September with a nearly 140,000 square-foot deal for Blue Owl Capital at the Seagram Building.

If Big Apple offices are as lonely as Kastle suggested,  why do very smart companies continue to sign leases?

There’s a second possible fudge factor as well. Kastle counts, not the central business districts of 10 US cities, but their  “metro areas.” It turns out the “NYC Metro” includes suburbs far beyond  the Big Apple.

We asked the Partnership why their numbers last week were 11 percentage points higher than Kastle’s. One reason was that the two organization’s measuring periods didn’t exactly coincide (the Partnership’s survey was based on employers’ estimates between Aug. 29-Sept. 12, while Kastle reported only the week ending Sept. 7).

But when the Partnership asked Kastle to clarify its sample, the security firm told them it defines New York Metro “as the broader core-based statistical area, which includes Long Island, Westchester and other counties in New York, in addition to parts of New Jersey and Pennsylvania.”

When The Post  asked Kastle representative Audrey Chang to confirm  that its sample included suburbs, she acknowledged by e-mail, “Yes, although the focus is on Manhattan Class-A … based on  trending details from more than 200 buildings in New York City.”

Citing client confidentiality, Chang wouldn’t say which locations it does or doesn’t include in its data.

CBRE tristate CEO Mary Ann Tighe commented,  “Of all the data I think the Partnership’s are the most reliable because its members are a cross-section of the city’s largest employers.”

JLL tristate CEO Peter Riguardi laughed, “I equate this to when you look at your iPhone and it says it’s raining, but you look outside and it’s sunny.”

92% of millennial homebuyers say inflation has impacted their purchase plans, but most are plowing ahead anyway, study shows
How Kyle Richards’ husband Mauricio Umansky built a $57B real-estate empire
These common misconceptions can prevent you from achieving that perfect credit score
Fire-damaged Tennessee mansion rapidly finds a new owner
Rent prices have dropped the most in these 5 U.S. metros. Why it’s cheaper to rent than buy in many markets