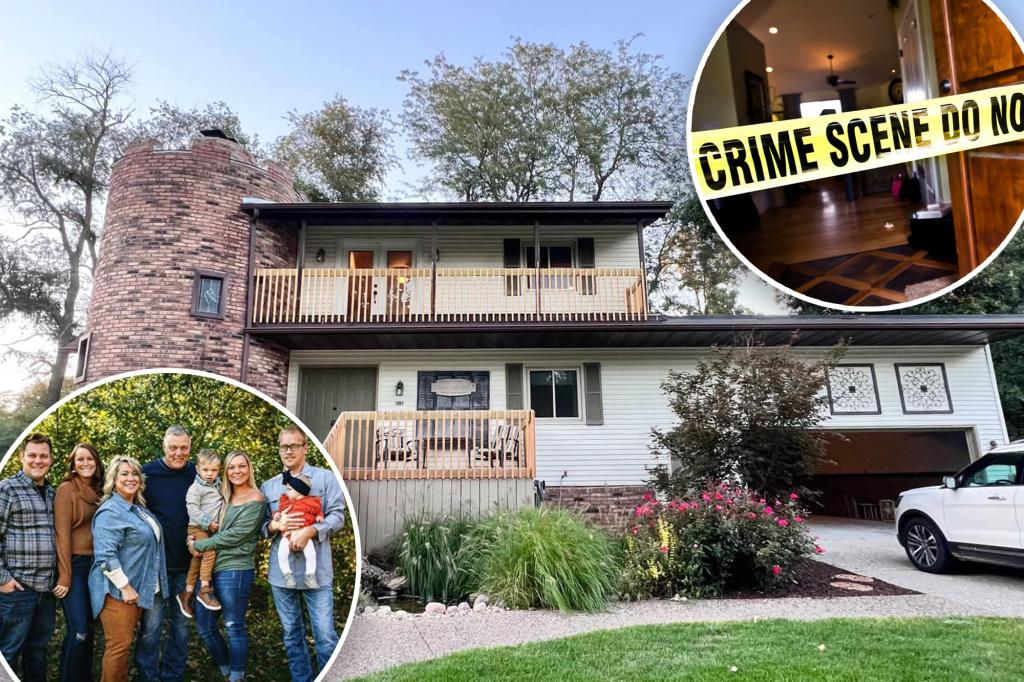 According to a recent YouGov poll, three in 10 Americans wouldn’t hesitate to buy and live in a house where a previous owner was murdered. The study also found that only 32% of Americans would deem murder a dealbreaker. The remaining 38% of respondents weren’t sure — or preferred not to say how they felt about moving into a place where someone’s life met a violent end, then calling it home sweet home.

It’s not clear what percentage of houses in America have been the scenes of murders. Still, there are enough to warrant a home reno show called “Murder House Flip.” Episodes feature designers and builders attempting to transform the former homes of notorious cold-blooded killers like Jodi Arias and Dorothea Puente, the latter of whom is seen in Netflix’s hit show “Worst Roommate Ever.” A representative for Realtor.com told The Post they even have a “resident murder homes enthusiast” on staff.

So, how does a buyer know if someone was bludgeoned in the bathroom or allegedly shoved down the stairs, as in the case of Kathleen Peterson? Often, they don’t. When it comes to a home’s darkest secrets, buyers tend to be kept in the dark.

“Only California, South Dakota, Alaska and Vermont have laws requiring sellers to disclose a recent death in a home, including murders or suicides,” said California-based listing agent Tony Mariotti. In California, the law requires sellers to inform buyers of deaths that occurred on the property within the last three years. Personally, Mariotti says he has no problem representing a murder house. “I view it like a defense attorney would: every seller and buyer deserves representation,” he added.

That said, he wouldn’t tell a prospective buyer about his listing’s bloody past until after the seller accepts their offer. That’s typically when other less-than-ideal disclosures like the presence of lead paint and proximity to earthquake zones are made. “Buyers are still able to back out at this stage,” said Mariotti, who believes that buyers with a long-term view know stigmas dissolve over time, and ultimately have less impact on a home’s value.

Nancy Townsend Klemme is banking on that belief. She’s about to sell a murder house where she raised her family — happily. In 1996, Klemme and her husband, Kraig, bought the infamous Dr. Klindt house in Davenport, Iowa. In 1983, Jim Klindt, a local chiropractor, was convicted of murdering his wife in the master bedroom before dismembering her. “We bought the house due to the beauty of it and the uniqueness,” said Klemme. “We were 100% aware of what happened there but it didn’t bother us.” Nor did they get a discount on the property because of its past. They did, however, remodel the entire house including the area where the murder took place.

Klemme, whose own mother was murdered just months after the Klindt case, is listing the 3,150-square-foot three-bedroom house for $369,000 later this week. Paranormal activity — or the passersby who stop and stare because they know the history of the home — have nothing to do with it. Her family is trading the Klindt castle — it’s called that because of its massive brick turret — for a 20,000-square-foot monastery they plan on turning into a home, where they’ll have room for their horses. “I like unique houses,” added Klemme.

When it comes to murder houses, Bonnie Vent, a “psychic detective” says she knows of two types of people most interested in them. Those looking for a great deal — although in this market, even murder houses are likely to go for over ask — and those wanting to open a haunted bed and breakfast or “scareBnB.”

“Travelers like a vibe of history and mystery when choosing a place to stay,” said Vent. “A token ghost adds to this vibe.”

It may sound crazy, but the fact a murder took place in a property can also be seen as hip. Jennifer Okhavat, a Los Angeles-based real estate agent with Compass Sunset Strip, recently sold a home where a celebrity murder took place. “The owner and I agreed that it was best to tell the buyer,” said Okhavat. “Although the homicide was a gruesome story, the new buyer was not deterred at all by it. In fact, she thought it was cool.”

Atlanta-based Realtor Bruce Ailion doesn’t see murder as the biggest red flag either. “I’ve worked with more people who’ve objected to being adjacent to a cemetery,” he said.

Managing Your Real Estate Agent When Buying or Selling
The Fed: “Abnormal Unsustainable Behavior” in the US Housing Market
Flipping houses! Check this deal out! #shorts #youtubeshorts #flippinghouses
The Most Disgusting House Flip I’ve Ever Done
HUGE Changes are Coming to the US Housing Market