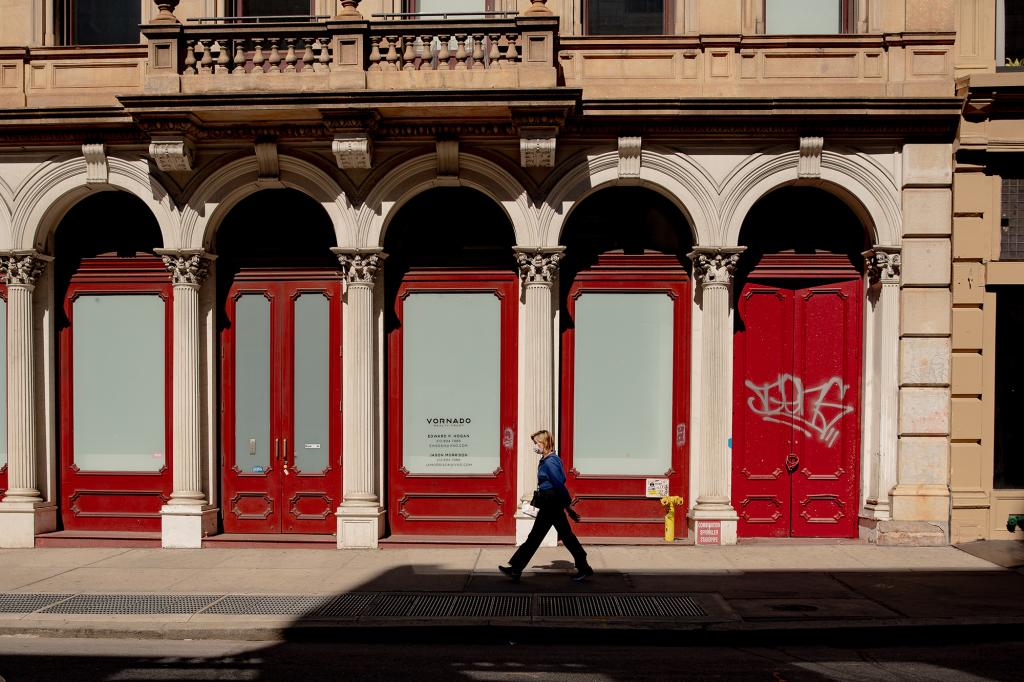 Never mind the empty former Barneys building, the long-vacant Times Square corner of 701 Broadway at West 47th Street and all those other dark storefronts. Manhattan’s pandemic-battered retail leasing market has at last turned a corner, according to a cheery new third-quarter report from CBRE.

The “turning point” included such improved metrics as an average asking-rent uptick (2.2%) over the previous quarter, a significant barometer of landlord confidence and the first such rise since the fourth quarter of 2016; and a 5% decline in the number of direct-lease ground-floor availabilities in 16 prime corridors tracked by CBRE.

Activity was especially visible in the Grand Central, Flatiron and Union Square areas, according to CBRE, which saw 68,000 square feet and 56,000 square feet of new deals and renewals, respectively.

Retail landlords and brokers have been buoyed by the tourism and live entertainment revivals and, at last, a growing number of workers returning to offices, CBRE reports.

The findings are undeniably good news. Even so, CBRE noted that some of the new leases are for pop-ups (e.g., interactive art installation “Immersed in Wonderland” for nine months at 529 Fifth Ave. and short-term sublets (Express for three years at 129 Fifth Ave.)

Many “restaurant” deals were for unglamorous fast-casual spots such as Wendy’s replacing Pret a Manger at 24 W. 23rd St.

From Realty Check’s perspective, it’s premature to celebrate when the giant, former Barneys at Madison Avenue and East 60th Street remains vacant and when much of Madison in the East 40s and 50s — which is not one of CBRE’s tracked corridors — seems to have more empty storefronts than occupied ones.

The 2022 retail scene curiously alternates thriving areas and struggling ones. Broadway between Canal and Houston streets is mostly leased along with the rest of Soho — but Broadway is another story, if not another world, south of Canal, where the blocks above City Hall have acres of vacant space.

Of course, the retail scene was hurting badly from online shopping long before COVID-19 hollowed out main business districts. And the damage isn’t limited to Manhattan.

London is at least as much of an international shopping mecca as New York. Yet after more than 20 visits to the British capital city over the years, we never saw as many “To Let” signs there as last week. Many were in such prominent shopping locations as Piccadilly Circus, Knightsbridge and Jermyn Street.

Great cities have a way to go before they again have a retail scene like the one pre-COVID 19. But the CBRE report makes clear that a rebound, although fitful and incomplete, is underway in the Big Apple.